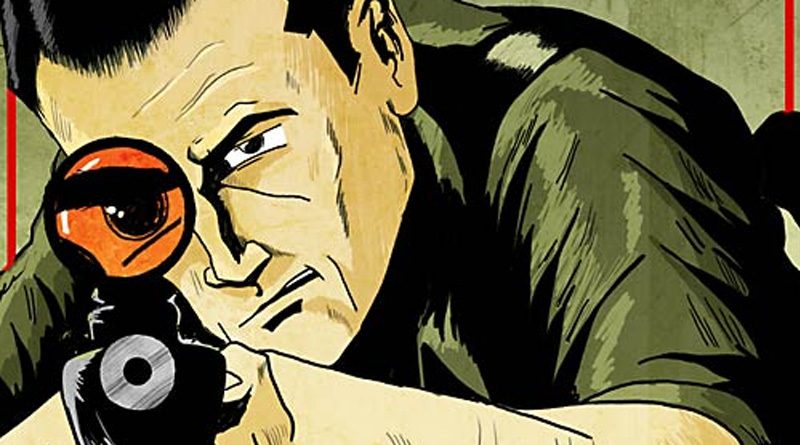 Sometimes the AltRight.com hits the proverbial nail on the head. Writer Vincent Law has written a stinging observation of the Las Vegas massacre.

America will never be the same. We’re in a guerrilla war now.

The dust has settled on Las Vegas, and yet many questions remain. But this post is not going to be about the discrepancies, of which, I will admit there are many. The cameras, the live streaming, the CIA connections of the girl, the wired money and the official response are all suspect and frankly bizarre.

But one just to take one look at the victims to understand the most important part of what happened here.

The media will trot out token minorities to try to prove that this attack was race-blind, and still find a way to blame White males. The cucks on the right may even say that this was a targeted attack on Republican-voters. Liars, the whole lot of them. Especially those that just shrug and attribute the attack to “just one of those things” or “he just snapped” or “valium” or “guns”.

Investigators on Thursday were still piecing together the life of the gunman who killed 58 concertgoers in Las Vegas, and remained at a loss to explain what drove him to commit the massacre.

Only the Alt-Right will tell you the truth.

A multi-millionaire Boomer with no kids and an Asian girlfriend targeted a gathering of BadWhites.

This is the greatest anti-White mass shooting of all time and the start of something new. It has been a soft Genocide of Whites until now. But we are undeniably moving into the guerrilla phase of the war. Isolated attacks on Whites are not uncommon and are not new. Whether it was the “polar bear hunting” phenomenon, or the Islamic terror attacks or the Mexican gang murders- Whites have been targeted for years now.

But now, the last and most powerful member of the Anti-White coalition has decided to join the fight. The massive “GoodWhite” faction of self-hating Whites that have been radicalized by 60 years of media brainwashing, the schools and the hysteria surrounding Trump have finally started flexing their muscles.

We saw them join the war against the White race during the election season, under the banner of Antifa. We see them rampaging on the streets now, tearing down monuments, attacking patriots and now, one of theirs has committed mass murder.

They were there for the circus part of the panem et circenses social contract.

This didn’t stop the shooter. Anti-Whites seem to have a special love for targeting concerts in particular. If they were smarter, they would leave the circuses alone…And I believe it will be their undoing.

Perhaps in his mind, he even saw this as part of the greater good.

In other words, shoot 500 to save thousands from gun-related deaths once his act paves the way for anti-gun legislation. That wouldn’t surprise me. Lefties are always for the greater good. Even though they hate their neighbors, their countrymen and their race, they subscribe to the belief that they love humanity – defined abstractly of course- and are do-gooders at heart.

These GoodWhites are willing to kill for the cause, and if you ever doubted that, you have Las Vegas as a stark wake-up call.

Yes, the game has changed once again. It’s been an eventful year, and we’re not even close to the finish line. There was a pre-Trump America, a pre-Charlottesville America and now a pre-Vegas America.

All of them are behind us now.

Sporadic attacks on BadWhites have become a staple of our brave new anti-White paradigm. Richard Spencer being punched was the direct precursor to what happened in Las Vegas. The same animus behind that attack was at work in Las Vegas.

Meanwhile, the police are waffling on this one. And the longer they hold back on releasing the details, the more we can be sure that the details are damning. Call it a corollary to Coulter’s Law. The latest:

Stephen Paddock didn’t just have 23 weapons in his Mandalay Bay hotel suite, which he turned into a sniper’s nest to kill 58 concertgoers in Las Vegas. He also had 50 pounds of explosives material and 1,600 rounds of ammunition in his car in the hotel parking lot, police said…

But what motivated Paddock to kill dozens of strangers — and where he planned to strike next — remain a mystery.

It’s not a mystery to us. It’s all quite clear, and becoming clearer by the day.

We are one step closer to that fateful day when this whole thing goes hot. You know it, and I know it. There’s no way this ends peacefully.