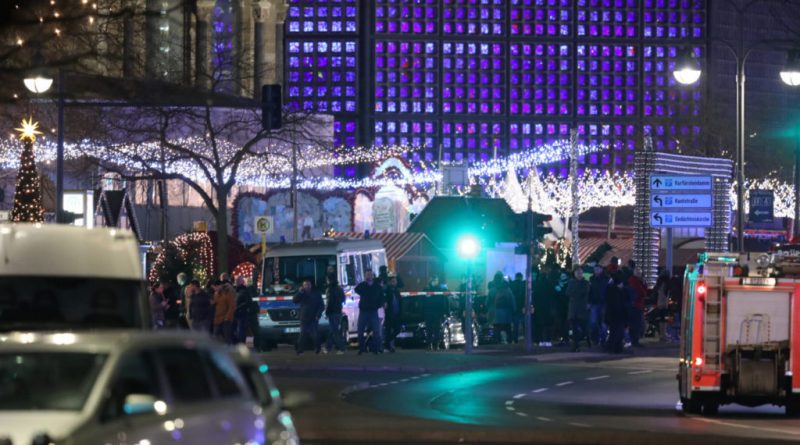 The Berlin Christmas Market terrorist is a Pakistani refugee:

“The driver of the big rig that barreled into a crowded Christmas market in Berlin on Monday — killing at least 12 people and injuring scores more — is a Pakistani refugee who arrived in Germany earlier this year, local reports say.

Sources told the German newspaper “Die Welt” that the suspected terror suspect came into the country on February 16, according to the Telegraph.

The man has been arrested in the past for minor criminal offences unrelated to terrorism, the sources said.

Another Berlin paper, Der Tagesspiegel, reported earlier that he was believed to be either Pakistani or Afghan.

Two senior German officials later confirmed to The Washington Post that the man was, in fact, believed to be a Pakistani national who arrived as an asylum seeker. …”

Of course it was.

There have been other refugee and/or immigrant mass murders in Germany like the Iranian dual citizen mass shooting in Munich or the Syrian refugee machete attack in Reutlingen. In Angela Merkel’s Germany, we’ve seen rapes of elderly women in cemeteries, sexual assaults at music festivals, gang rapes of anti-racist activists in parks, rapes of young boys in swimming pools and young girls getting temporary tattoos to ward off rapists. The refugees have even been bold enough to post videos boasting about gang raping German girls on YouTube. After all, Merkel’s government teaches them how to screw their country.

That is only a short list of some of the most memorable incidents in Germany involving Muslim immigrants and refugees over the past year which started off with a bang with literally thousands of sexual assaults in Cologne and which is now coming to a close with this mass slaughter at the Christmas market in Berlin:

“These are Merkel’s dead,” Marcus Pretzell, chairman of the Alternative for Germany party in the western state of North Rhine-Westphalia, posted on Twitter, eliciting a chorus of rebuttals. Vice chairman of the Social Democrats, Ralf Stegner, called the comment “unbelievable and disgusting!”

Through it all, Angela Merkel has been there presiding over this slow motion trainwreck, which she inflicted on Germany by inviting over a million raw Muslims from the battlefields of Syria to settle there. In recent weeks, Merkel has been focused on the threat of “fake news” on Facebook and Vladimir Putin’s Russia. Apparently, she was so focused on “fake news” and Russia that she ignored the warnings from US intelligence that Muslim terrorists were planning to attack Christmas markets.

My guess is that the last 24 hours have been a clarifying moment for the German people. Their enemy isn’t Vladimir Putin or Donald Trump. It is Angela Merkel. 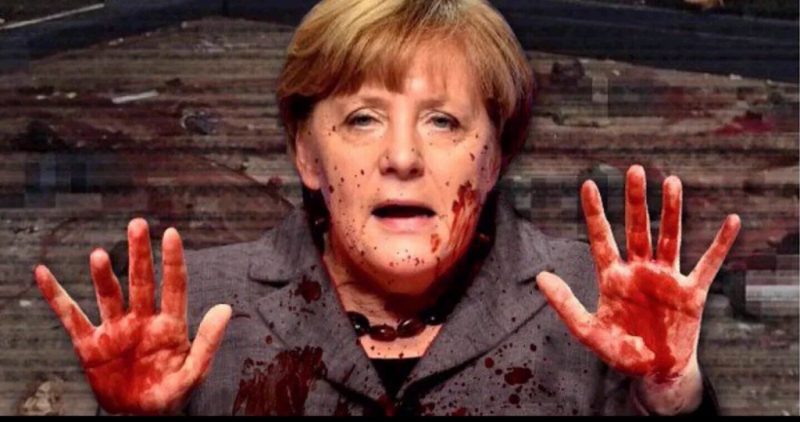