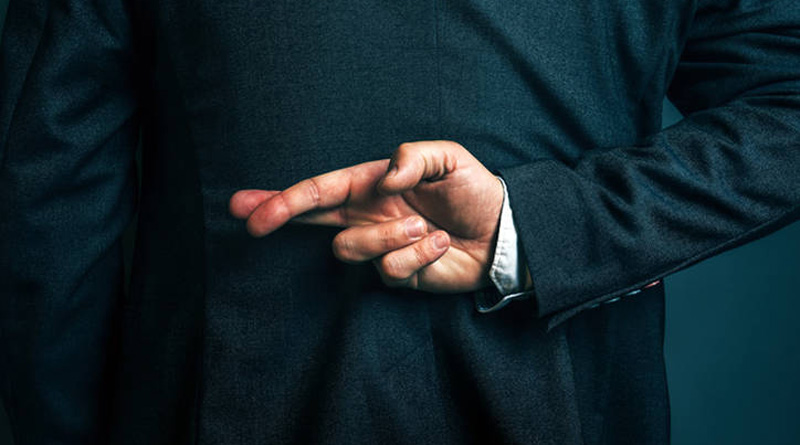 There are two basic and occasionally competing wings of the modern “Democrat” Party: On the one hand is its Communist wing — represented by Barack Obama — and on the other is its Organized Crime Wing, represented by the Clintons.

Both have been instrumental in establishing a “Deep State,” consisting of treasonous individuals loyal to one or both wings of the party. These have been carefully selected for their willingness to perform almost any task — including Treason — to advance the “Democrat” Party’s interests. The Jews’ Media assist and protect both.

Some are motivated by blind ambition: This may describe the once honorable individuals in the upper echelons of the Justice Department (DOJ) and FBI, who used a fraudulent “dossier” purchased by Hillary Clinton to obtain Foreign Intelligence Surveillance Act (FISA) Warrants to spy on Donald Trump before and after the 2016 General Election. Many probably envisioned meteoric career paths following a Hillary Presidency.

Other Deep State elements seem motivated by ideological hostility to the Constitution and democratic principles. Many of these have been in place since the Clinton Administration, and are probably motivated by the Marxism that currently defines what is wrongly referred to as the “Democrat” Party.

Most recently, the misdeeds of agents within the Deep State were glaringly evident when the upper echelons of the DOJ and FBI did the bidding of Hillary Clinton by obtaining FISA Warrants to spy on her political opponent, Donald Trump. Their treachery is also apparent in the sham “investigation” they undertook regarding Hillary Clinton’s private e-mail server.

The Deep State was also very much in evidence when Robert Mueller was appointed to investigate the ridiculous and fabricated charge that Donald Trump colluded with Russia to influence the 2016 Elections. One year later, there is not a scintilla of evidence to support this charge, because it stemmed entirely from the phony and fabricated “Clinton Dossier” that Hillary and the DNC purchased from Fusion GPS.

In contrast to the witch-hunt endured by President Trump for more than a year, high profile “Democrats” have escaped scrutiny, investigation and prosecution so many times, it can’t possibly be a coincidence. In each instance, the Deep State and the Jews’ Media have conspired to dismiss their crimes and allow their scandals to quietly slip down the nation’s collective memory hole.

Teddy Kennedy never paid a price for Chappaquiddick, while the Clintons probably murdered more people than Al Capone, and engaged in numerous financial crimes while residing in Little Rock.

Nor did Obama, Janet Napolitano and Eric Holder ever pay any price for their criminal conspiracy termed “Fast & Furious.” This is true even though an American DEA Agent was murdered with one of the firearms they intentionally sold to Mexican drug cartels, in their traitorous attempt to undermine public support for the Second Amendment.

The criminal conspiracy to deny tax-exempt status to Tea Party groups prior to the 2012 General Election was also ignored by the Jews’ Media, just as Lois Lerner’s 50,000 missing e-mails generated little or no interest, despite the bitter protests of Tea Party victims.

Likewise, the conspiracy of the “Democrat” National Committee and Clinton Campaign to subvert the Primary candidacy of Bernie Sanders was deemed unworthy of much news coverage. Ditto Hillary’s sale of 20% of our Uranium rights to Russia while she was Secretary of State — the “Uranium One” scandal — which generated $145 Million in Russian contributions to the Clinton Family Crime Foundation as a payoff.

The Jews’ Media’s approach has been to feign disinterest, no matter how profoundly significant the scandal may be. The entire Jews’ Media always shows the same, studied disinterest, and many will frequently parrot identical sound bites when dismissing it. For example, several recently dismissed the astonishing revelations of the House Select Intelligence Committee’s February 2nd, 2018 Memorandum as a “Nothing-burger.”

This is how scandals such as Barack Obama’s Constitutional ineligibility, his homosexuality, his fraudulent birth-certificate, his communist affiliations and the Benghazi catastrophe were treated: The Jews’ Media initially ignored them, then ridiculed those who actually bothered to over such things. They then initiated some other media “feeding frenzy” to divert public attention away from those they wished to protect. They didn’t want to look, because they already know what they’d find.

Besides the Justice Department and the CIA, Deep State elements have also been exposed at the State Department, as well. One of these was a long time Clinton ally named Jonathan Winer, who was Obama’s Deputy Assistant Secretary of State and a “Special Envoy” to Libya.

Winer is a murky character, who admits to having received one version of the slanderously dishonest opposition research — concocted by the Clinton Campaign — from Jewish liar and sleaze ball Clinton hit-man, Sidney Blumenthal. Winer (another Jew!) conveyed this fraudulent disinformation to retired MI-6 agent Michael Steele, who is credited with compiling the “Clinton Dossier” for Fusion GPS.

THE “DEEP STATE” AT WORK

Every time I hear John McCain betray the conservative movement, I think back to another Clinton scandal from the early 1990s, one of many that attracted little or no attention from the Jews’ Media.

Craig Livingstone, a former thug and bar “bouncer” -– who was brought to Washington from Little Rock by Hillary Clinton — was found to have more than 900 Classified FBI Files of prominent Republicans in his personal possession.

There is absolutely no question that Hillary Clinton secretly ran the Justice Department in the 1990s, and ordered these files in order to obtain dirt on her Republican critics. Whoever released them to Craig Livingstone or Hillary –- probably Attorney General Webb Hubbell –- engaged in the kind of criminal act that the Deep State routinely employs.

Had any Republican done such a thing, it would have been the Jews’ Media’s lead story for a full year, and prompted endless calls for an Independent Counsel to investigate and execute everyone involved. However, since Clinton was a high-profile “Democrat,” the story was “spiked” by the Jews’ Media, and covered only by the fledgling conservative, alternative media.

As far as the Jews’ Media were concerned, it was a “non-story” or an accident, and then treated just like every other high-profile scandal involving “Democrats” when their misdeeds have the potential to damage the left’s agenda.

Whatever secrets were found in his FBI File, McCain appears to have been the 25-year victim of blackmail by criminal elements in the “Democrat” Party.

Whether the issue at hand happens to involve immigration reform, judicial appointees, or the First Amendment rights of political action committees, McCain is routinely trotted out to muddy the waters and oppose whatever conservative policy is proposed. It is pretty clear he’s been compromised, and has been for quite some time.

When Senator Joe McCarthy exposed a great many Soviet spies in the Roosevelt and Truman Administrations, many naive Americans had difficulty accepting the idea that any American Citizen would actually spy for the Soviet Union against the United States.

We now know as a matter of public record that there were hundreds — and possibly thousands of such spies — thanks to release of the “Venona Cables.” These were transmissions from Moscow to their intelligence agents in the West, which were intercepted by the Army Signal Corp during World War II.

Similarly, it may be equally difficult for loyal Americans to believe that federal bureaucrats would routinely engage in treason against the United States in this day and age. Unfortunately, there is no question that it is happening, and on a significant scale.

Barack Obama was America’s first communist and Muslim President, and he spent the vast majority of his Presidency doing everything he could to subvert the United States in order to weaken us and make us vulnerable to foreign enemies. One method he used to further this goal was to place communists and other ideological traitors deep in the federal government, thus forming a Deep State loyal to him, his ideology and his party.

Beyond any doubt, Congressional investigations have revealed that Deep State elements at the FBI, Department of Justice and State Department engaged in a conspiracy to overthrow the duly elected President of the United States, Donald Trump. That was the primary purpose of the “Clinton Dossier,” and its subsequent use to obtain FISA Warrants to spy on the Trump Campaign: It was also the rationale for Independent Counsel Robert Mueller’s year-long witch hunt.

This Deep State poses as great a threat to the Constitution and Rule of Law as does ISIS, Al Qaeda, or the Taliban. It is essential that President Trump remove it, root and branch.

2 thoughts on “A Betrayal So Vast”