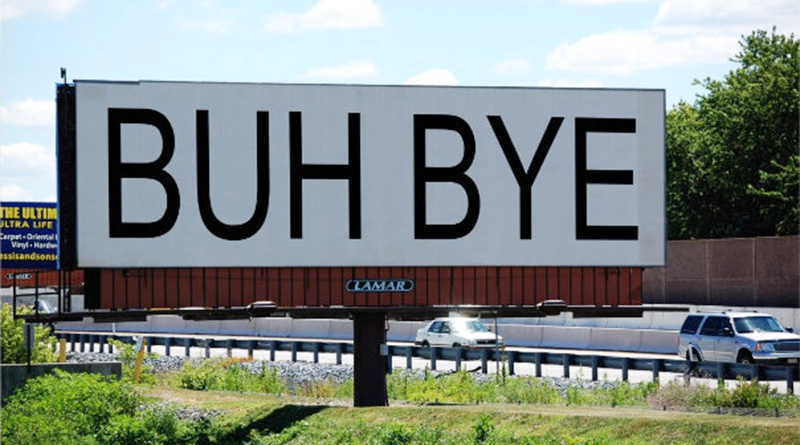 A group of DREAMers, young illegal immigrants fighting to stay in the country following the Trump Administration’s refusal to extend the Deferred Action for Childhood Arrivals (DACA) executive order, say they’ll leave the country if a deal isn’t reached . . . err . . . to keep them in the country.

Speaking to CNN, one of these DREAMers, Alex Velez, said, “I will leave. I will leave America as soon as possible,” claiming that she would prefer to depart the country on her own terms than wait for the United States to collect and deport her.

The theory appears to be that, if DREAMers suddenly disappear, Americans will notice their absence. Velez and her sister claim they own businesses, pay tuition, and hold jobs, and that America has a duty to keep them here in order to maintain their contributions.

The problem is, for the Velez sisters, striking against the United States for refusing to accommodate them isn’t a plan with a likely payoff. The pair are undocumented citizens brought over by their parents from Venezuela, and the situation in their home country is less than ideal.

The United States Congress may be taking its time renewing the DACA Act, but Venezuela is currently crumbling under a dictator — so the theory that they’d return to a more awesome place to show President Trump what he’s missing might not pan out.

If a comprehensive immigration reform plan is not approved by early March, DACA recipients will be allowed to finish out the term of their amnesty contract before being declared “illegal.” Congress says it is working on a solution and President Trump has been clear that DACA recipients who overstay will not be targeted for deportation.