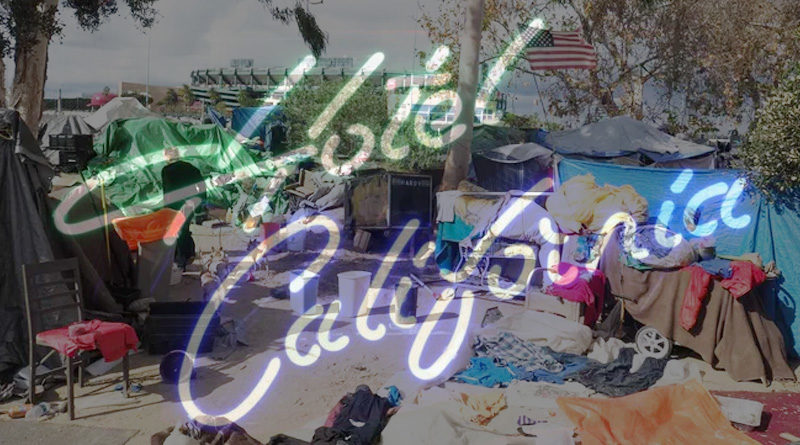 We traveled to the West Coast, the City by the Bay
To marvel at its beauty, and tour it by day.

Our annual vacation, all cares left far behind
Replaced by ocean vistas, and service hard to find.

It wasn’t long before we saw, beneath its thin veneer
Sad truths about this city, a future we should fear.

Nylon tents were everywhere, to “house” its homeless loons
Pursuing their addictions, and baying at Full Moons.

A “Fecalized” environment, is how it’s been described
Where poop’s on every sidewalk, a sight hard to abide.

Syringes with diseases, were also everywhere
The sour stench of homeless, was just too much to bear.

The Hotel California, once such a lovely place
A mecca to world tourists, and city of such grace.

Now there’s lots of vacancies, where once it was “booked-up”
This once majestic city, that “Democrats” mucked-up.