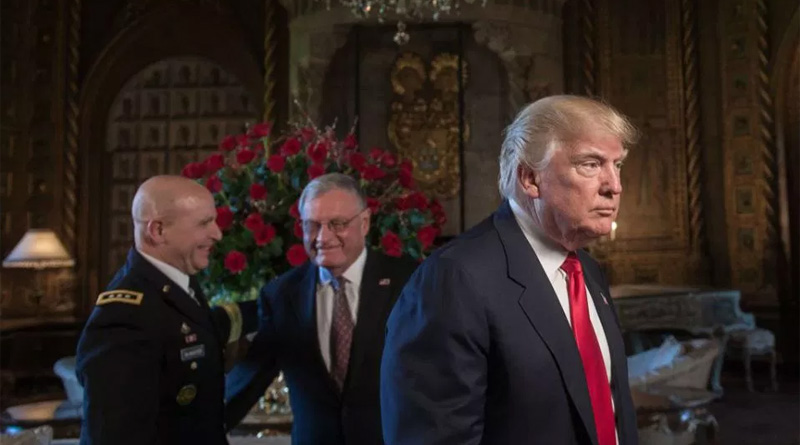 Avid viewers of Fox News have already been exposed to most of the facts, analysis and conclusions found in this book, especially those who observed Greg Jarrett’s nightly guest appearances on Lou Dobbs and Sean Hannity over the last year.

They will nonetheless benefit from the clear and logical manner in which the Russia Hoax is presented, as well as this book’s value as a reference source. The numerous details surrounding the “Deep State’s” coup against President Trump are skillfully displayed, rather than the unavoidably “piecemeal” fashion they appeared on Fox News, as evidence continued to surface over the past year.

Rather than reiterate mountains of familiar and esoteric details in this book, readers may find it more valuable for this reviewer to cite several impressions that emerge from its pages. These are MY impressions, however, and not necessarily the conclusions or opinions of Greg Jarrett.

Sessions’ lack of ability was first evident in the fact that he cited the WRONG federal statute when recusing himself from the phony “Russia Collusion” investigation. The statute he cited (28 Code of Federal Regulations 45.2,) pertains to CRIMINAL INVESTIGATIONS, not counter-intelligence investigations like that involving Russia. Thus, he was not under any legal or moral obligation to recuse himself, and probably doesn’t realize it to this day.

It is clear that certain high-level Justice Department officials “sand-bagged” Sessions into recusing himself: Sessions conceded to the Senate Intelligence Committee in 2017 that he began planning his recusal on February 9, 2017, his first full day on the job. He was almost certainly intimidated into recusing himself by hints from Rosenstein or others that he might eventually become a target of the Special Counsel’s investigation.

This cowardly and unnecessary surrender by Jeff Sessions paved the way for his duplicitous Deputy, Rod Rosenstein, to appoint his old friend Robert Mueller as Special Counsel. Rosenstein’s appointment of Mueller as Special Counsel –- with NO RESTRICTIONS OR LIMITS on his authority –- was done purposefully and willfully in an effort to destroy Trump.

The “Deep State”: Many Obama appointees in the areas of intelligence and law enforcement — such as James Comey, Loretta Lynch, Eric Holder, James Clapper and John Brennan — are demonstrably corrupt, partisan and dishonest liars and traitors. In fact, Obama obviously appointed each of them for exactly those reasons, because he needed people who were ideologically “reliable” to help implement his many criminal and unconstitutional schemes without reservation.

What is often referred to as the “Deep State” is actually a treasonous and criminal enterprise involving four elements, the Corrupt Leftist Media, elected officials of the “Democrat” Party, leftist federal judges and leftist political appointees in critical areas of the federal bureaucracy.

The Corrupt Leftist Media serves as the focus of Marxism in the Western Hemisphere: It sets the agenda for the rest of the Deep State by virtue of its power and influence. These have waned in the last two decades, with the maturing of an honest and alternative news media. However, denizens of the Deep State remain unfazed by the misdeeds or exposure of fellow “swamp creatures,” and doggedly pursue their common agenda as if nothing happened.

While the Corrupt Leftist Media is the command center of Marxism, its “political wing” consists of “Democrat” officeholders, particularly those in Congress or the White House. Their common enterprise receives support from “swamp creatures” within the intelligence agencies, law enforcement agencies and the federal judiciary. These participants leak intelligence and run interference for the other swamp denizens.

Most of these traitors are socialists or “Globalists” with a “New World Order” agenda, in which they imagine themselves to be the rightful and eventual Rulers of the World! However, some like Comey, McCabe and Strzok are merely ambitious and mercenary traitors who — like Shakespeare’s MacBeth — were willing to go to any lengths to advance their careers, including treason.

The Steele “Dossier”: All four times the FBI and DOJ submitted applications to federal judges under the Foreign Intelligence Surveillance Act (FISA,) for warrants to spy on the Trump Campaign and his Presidency, they intentionally deceived the court: All withheld the fact that they were fully aware the evidence they submitted was unverified and extremely dubious. Even its author, Christopher Steele, doubted its legitimacy.

They also failed to indicate that the Steele “Dossier” on which those FISA Warrants were sought was a product of “opposition research” funded by the Democrat National Committee and Clinton Campaign, and highly suspect for exactly those reasons. The only reference made to the “provenance” of the dossier in the first FISA application was Footnote #8, buried deep inside the Application, which merey alluded to its funding by an opposing camp. Here’s what the book’s author, Greg Jarrett, concludes:

According to Jarrett, these deceptions represent several crimes, each of which he describes in detail and for which he cites the appropriate statutes from the U.S. Criminal Code. Those who are known to have participated in these FISA warrant applications are James Comey, Peter Strzok, Rod Rosenstein, Lisa Paige, and Andrew McCabe. Each is going to need the services of a good criminal defense attorney.

The Exclusionary Rule of Evidence: requires that all arrests and evidence resulting from an illegal search are inadmissible in federal court. Thus, any evidence the Special Counsel may have discovered, whether it pertains to the “Russia Hoax” or not, will ultimately be found inadmissible.

Since the Steele “dossier” was the primary evidence used to obtain FISA Warrants and later, to appoint the Special Counsel, it is clear that all four FISA Warrants were invalid, because they were based on fraudulent evidence and faulty applications.

It is also undeniable that the Special Counsel’s office was created in an illegal manner, and for a variety of illicit purposes. First, there was no evidence whatsoever of any “collusion” by President Trump with any Russians, and this is readily apparent in the fact that no such evidence has ever emerged, even after two years of investigation.

Secondly, Robert Mueller’s appointment by Rod Rosenstein was unconstitutional, as well: Rosenstein’s charter violated the Fourth Amendment’s requirement that warrants be based on “Probable Cause,” and specifically describe “…the place to be searched and the persons or things to be seized.” By granting Mueller an open-ended and unlimited charter to investigate anything he desired, Rosenstein acted in an illegal and unconstitutional manner.

President Trump has received the equivalent of a public rectal exam from the Deep State and its minions in the Corrupt Leftist Media. The Special Counsel –- the “Deep State’s” proxy and henchman — has examined every aspect of Trump’s life. This has created an opportunity for the cabal to routinely lie about the Special Counsel’s findings, in order to embolden the low-grade morons who still believe Trump “colluded” with Russia to steal the 2016 Presidential Election.

This reviewer hopes that President Trump remembers the indignities to which he and his family have been subjected when his next Attorney General assumes office. It is hoped that NO LENIENCY, WHATSOEVER, is shown the many criminals and traitors who participated in America’s first attempted Presidential coup d’etat.