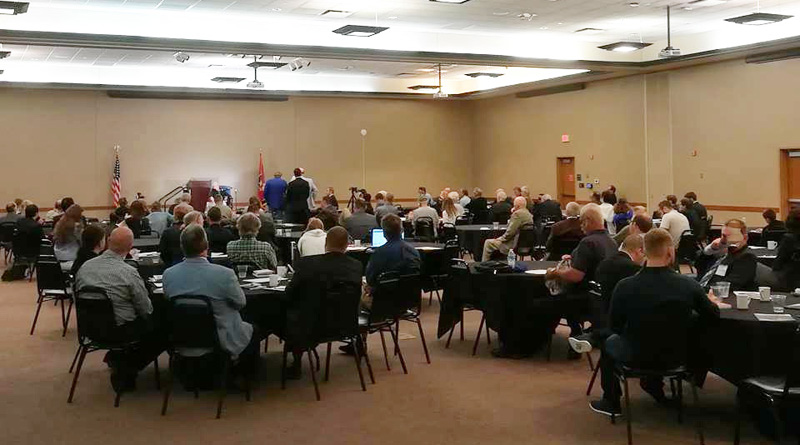 The Nationalist Solutions Conference, jointly sponsored by the American Freedom Party and CofCC, was held June 15 through 17 at Montgomery Bell State Park in Tennessee. It came off without a hitch and everyone seemed pleased with both the facilities and the conference.

All told, about 150 people attended, most representing the two groups mentioned above, in addition to several members of the League of the South. There were also a small contingents from Japan and 10 members of the Swiss Nationalist Party.

The very professional Tennessee Park Police discouraged attendance by the usual assemblage of communists, persons of color, thugs and street trash that so frequently attempt to trample the First Amendment Rights of patriotic Americans.

Here are photos of Reid Singer, an agent writing on the proceedings for the Jewish Supremacist ADL. (We knew all along! He looked too Jewish.) Mr. Singer’s girlfriend kept calling to see if he was still alive! What a noodge! We never had a chance to take him down to the lake.

The five or six motley demonstrators were barely in evidence, and detained in a corner of the parking lot 200 yards from the Conference Center. They were denied access to the Center, but provided portable latrines. The smell and the 100-degree heat quickly thinned their ranks, and they were gone by Saturday afternoon.

Conference speakers featured an interesting mix of political activists and retired academics. Dr. Virginia Abernethy, Dr. Kevin MacDonald, Dr. Michael Hill and Dr. Tomas Sunic have more degrees than a thermometer between them, and added a great deal of intellectual credence to the conference.

The remaining speakers consisted of a number of political activists who shared their personal experiences. Many offered their own solutions for retaining our national and racial identity, rather than succumb to “globalist” and one-world government schemes favored by America’s enemies, both foreign and domestic.

Dr. Kevin MacDonald discussed the Puritan intellectual tradition in America, from its moralistic and utopian origins, to its later role in the anti-slavery movement, and its eventual manifestation in immigration restrictions. He explained how “Puitanism” was eventually displaced by Jewish-dominated intellectual movements, which came to prominence in the 1960s and precipitated our current immigration crisis.

Dr. Virginia Abernethy discussed the declining birth rate among American and European whites, and explained how this statistic will determine our continued survival as a race. She suggested some extremely radical measures to encourage a greater live white birth rate, such as subsidies to white couples by wealthy benefactors.

Japan First President, Makoto Sakurai gave a candid view of the harm that has routinely accompanied Korean and Chinese immigration in Japan. He attributes Japan’s reluctance to resist this invasion to residual shame resulting from World War II. He shared several laughs with us when he described how his party has also been a victim of lies and disinformation disseminated by the Southern Prevarication Lie Center (SPLC.)

Talk-Radio icon James Edwards emphasized the vital importance of remembering who we are, and punctuated his talk by reminding the audience never to allow those who hate our people to separate us from our history, heroes, and unique cultural heritage. He included personal anecdotes from his 14-year on-air career and inspired the crowd with his good-natured defiance.

Dr. Tomas Sunic spoke about “Fake News,” and how the news media intentionally misuse words to convey a false narrative and muddle public debate. As an example, he referred to their use of the word “refugees” to describe the recent invasion of Europe by Africans and Muslims, rather than more accurate terms such as “migrants” or even “invaders.” He emphasized that even such a seemingly benign and nuanced choice of words can have profound consequences for public policy.

AFP President Bill Johnson described how the white race is under attack by other races that hate us, and their relentless propaganda efforts have succeeded in creating self-hate in many gullible whites. Nevertheless, he contends that the future is ours if we return to promoting the sanctity of the family unit, and improve the birth rate among whites. Our fertility is our destiny!

League of the South President, Dr. Michael Hill gave a powerful and emotional call for all whites to come to the aid of their race, culture and civilization, by any means necessary.

Saturday night’s Banquet featured a presentation by Dr. David Duke, America’s leading advocate for white nationalism since the 1970s. He presented a gripping demonstration of the role played by leftist Jews in establishing Soviet Communism, whose moral and intellectual heirs now lead the assault against white Christians in the West, through their control of the news media, banking, and academia.

Rachel Pendergraft, National Organizer of The Knights Party gave an inspiring speech that challenged white men to reassert their manhood, and come to the defense of their race, culture and civilization before it is too late.

Author Dr. Adrian Krieg gave an analysis of the origins and nature of the “Deep State,” America’s true “fourth branch of government.” With his usual humor, he described the manner in which the Deep State frustrates all attempts at reform that are opposed by America’s “Political Class.”

Dominic Lüthard of the Swiss Nationalist Party showed sobering video evidence of the violence, lawlessness and mayhem that have accompanied massive black and Muslim immigration into very foolish European nations, such as France.

Author Billy Roper of The ShieldWall Network spoke on the inevitability of the “balkanization” of America. He argued that the voluntary exodus of whites from increasingly black urban areas has worked to re-segregate large areas of the United States. In particular, they have created white enclaves in suburban and rural areas far removed from these large, urban areas.

Tom Kawczynski, the former City Manager of tiny Jackman, Maine described the ordeal he experienced when he dared to suggest that Islam has no legitimate place in the Western World. Mr. Kawczynski ran afoul of the dictates of political correctness and acceptable orthodoxy when it came to the issue of Muslim immigration, and was fired by Jackman’s City Council for doing so.

CofCC President Earl Holt discussed the absurdity of treating the Corrupt Leftist Media as anything other than our mortal enemies, and warned against taking any advice they routinely offer us to ostracize high-profile leaders whom they declare “too radical” or “too controversial.” 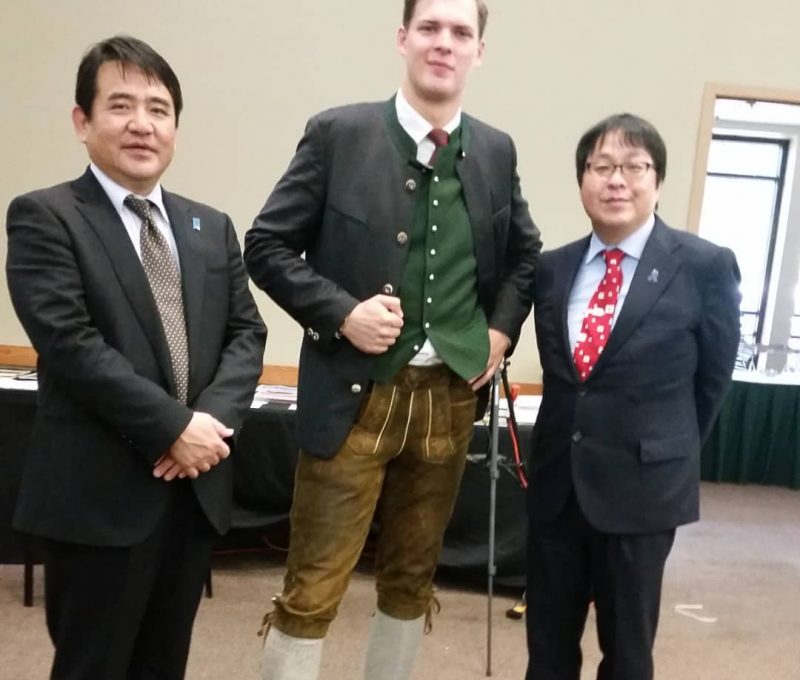 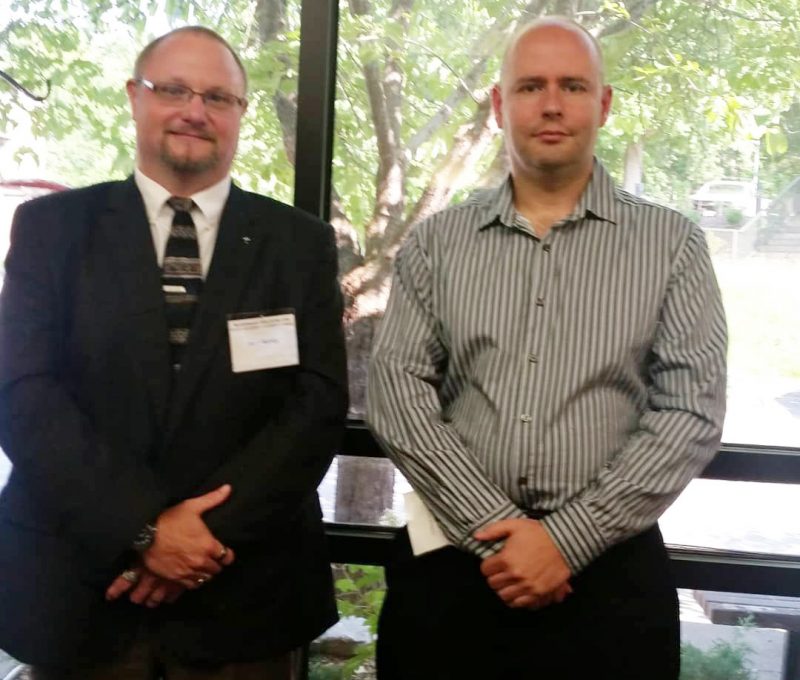 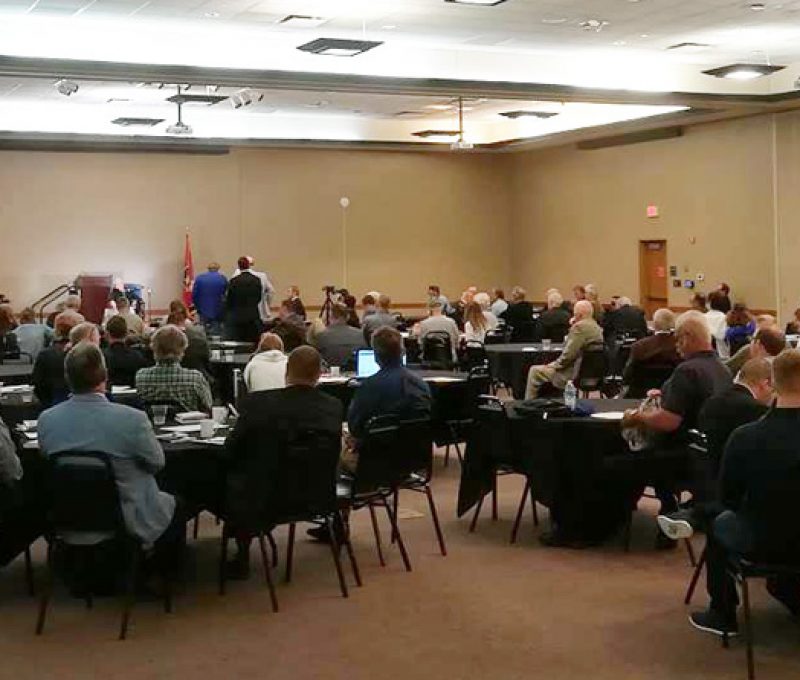 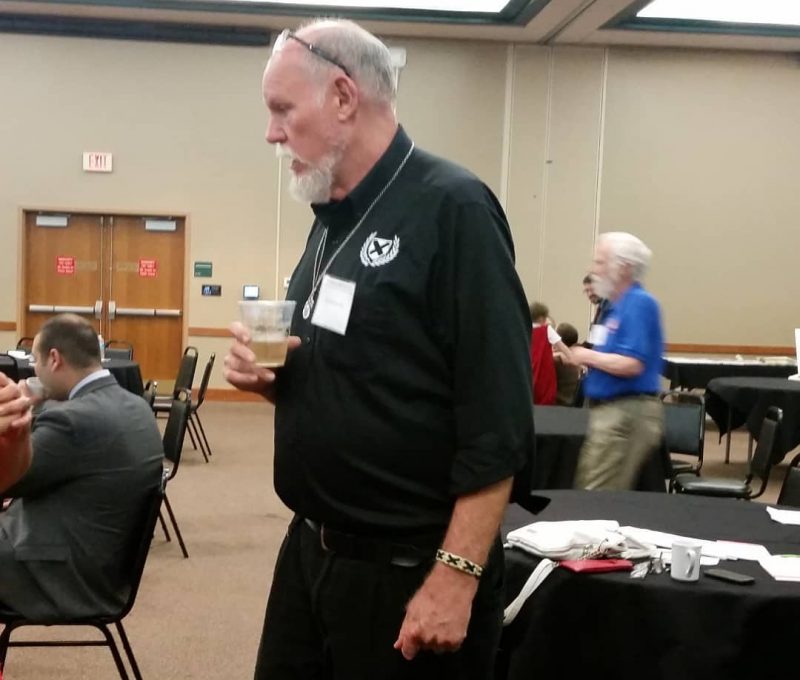 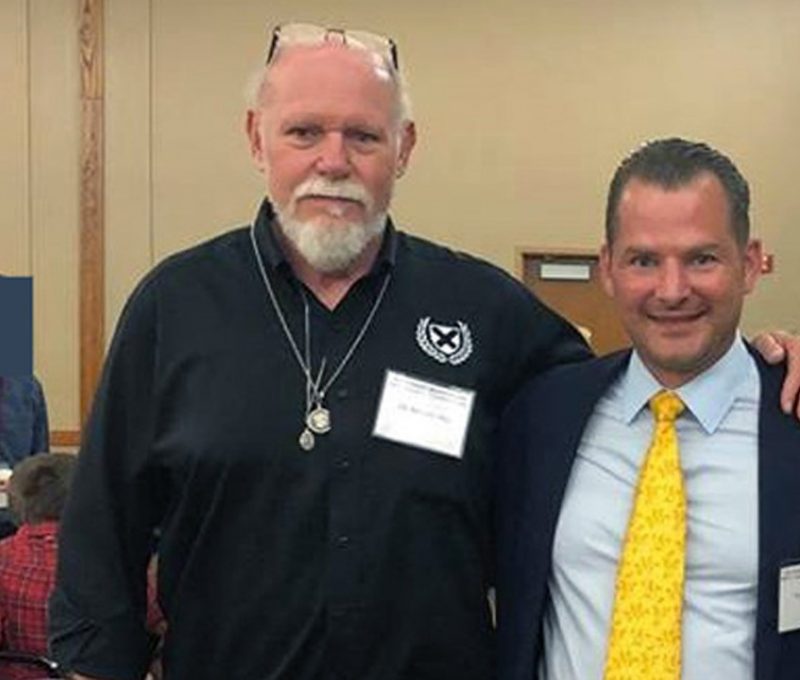 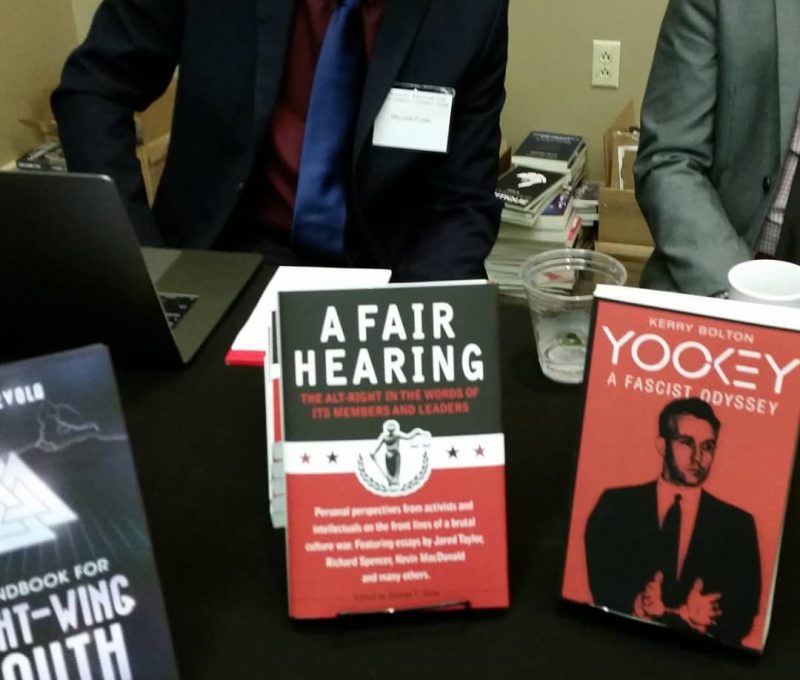 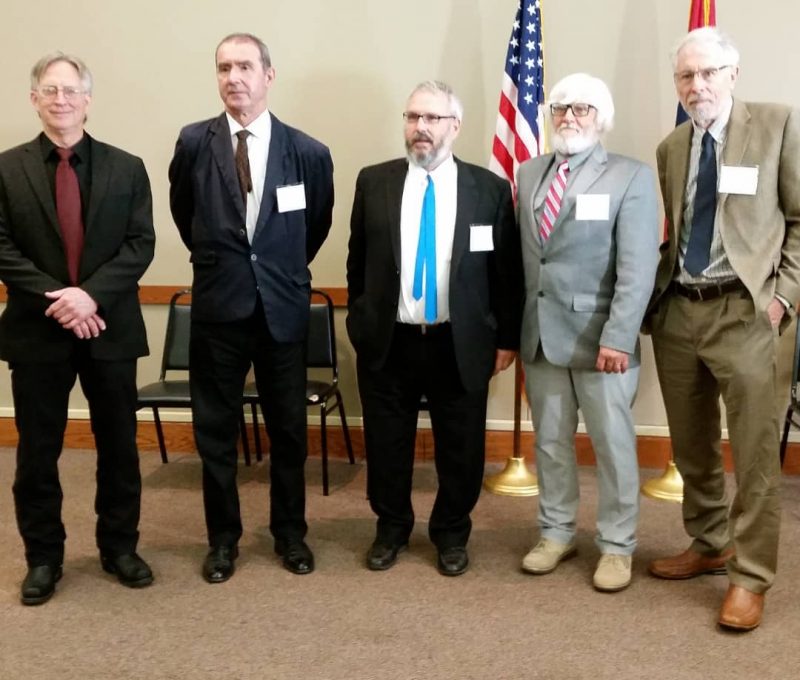 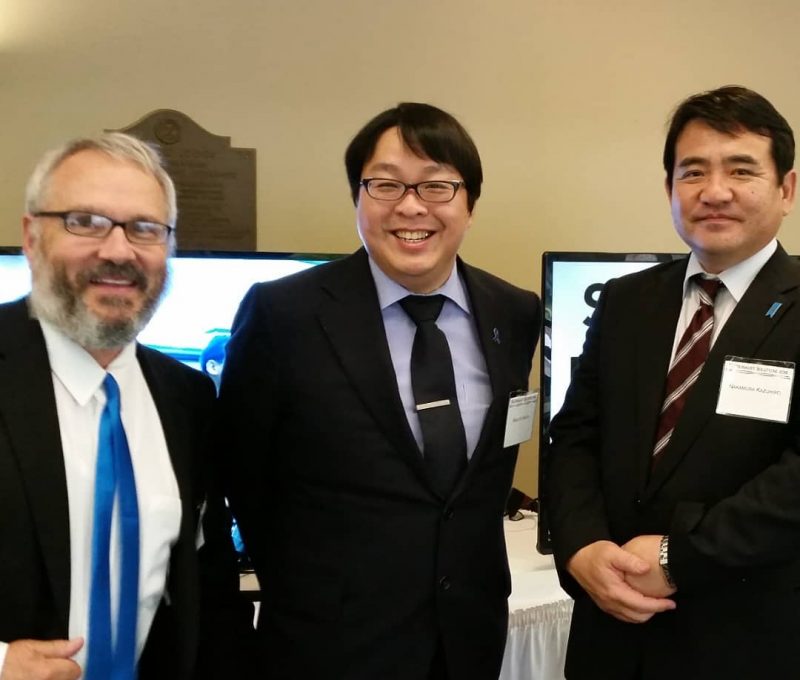 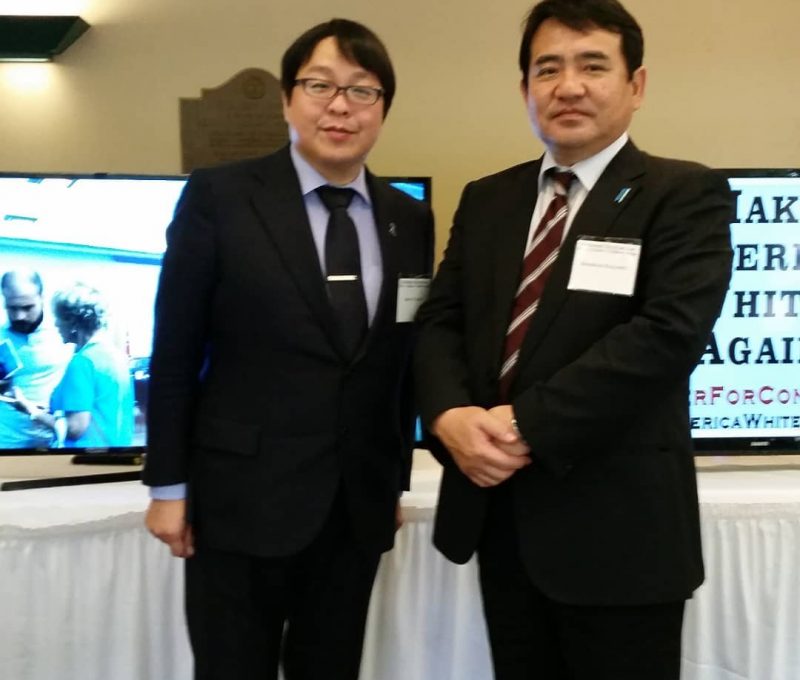 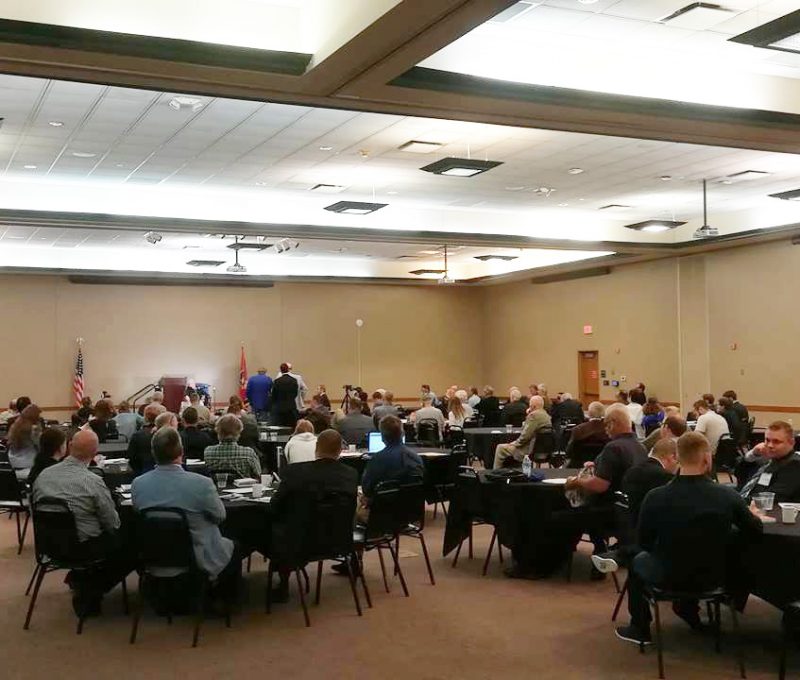 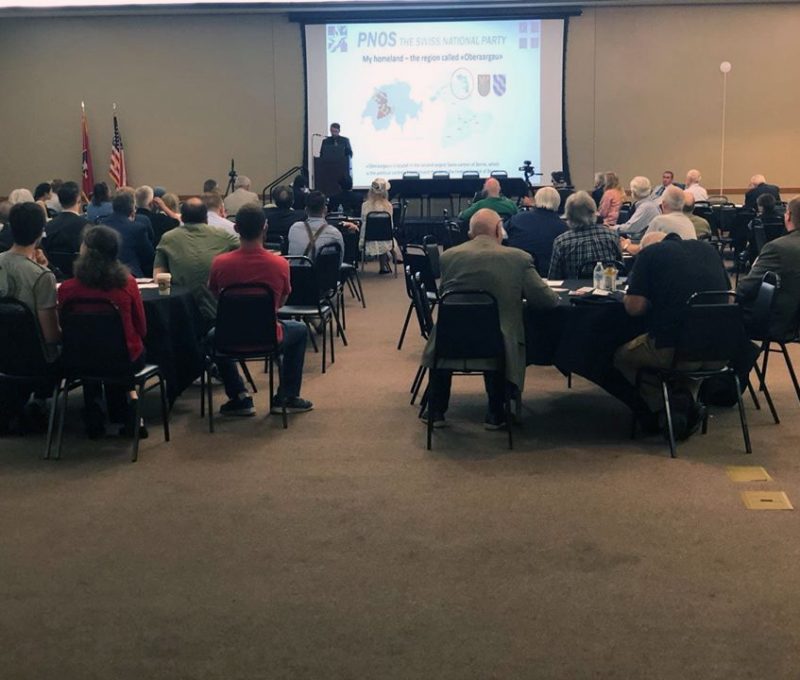 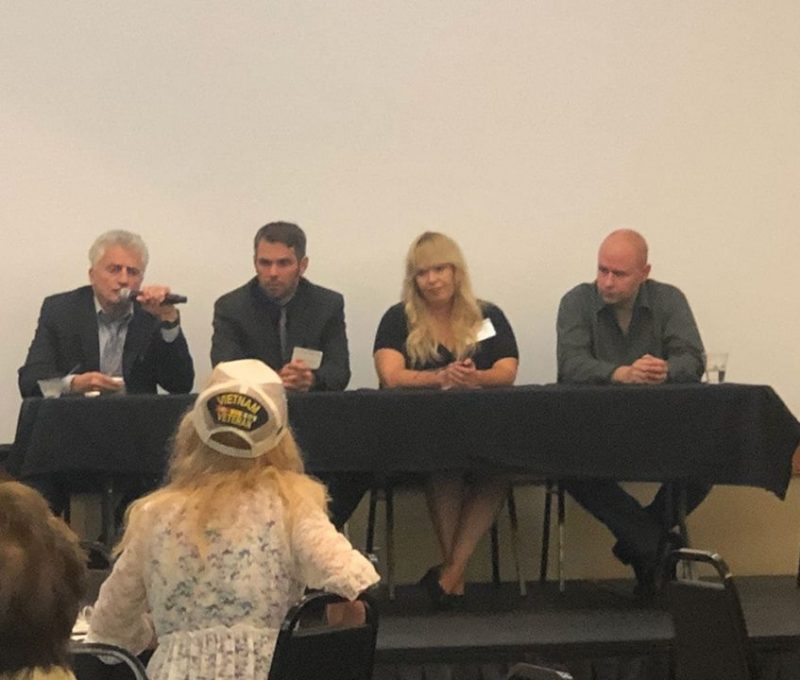 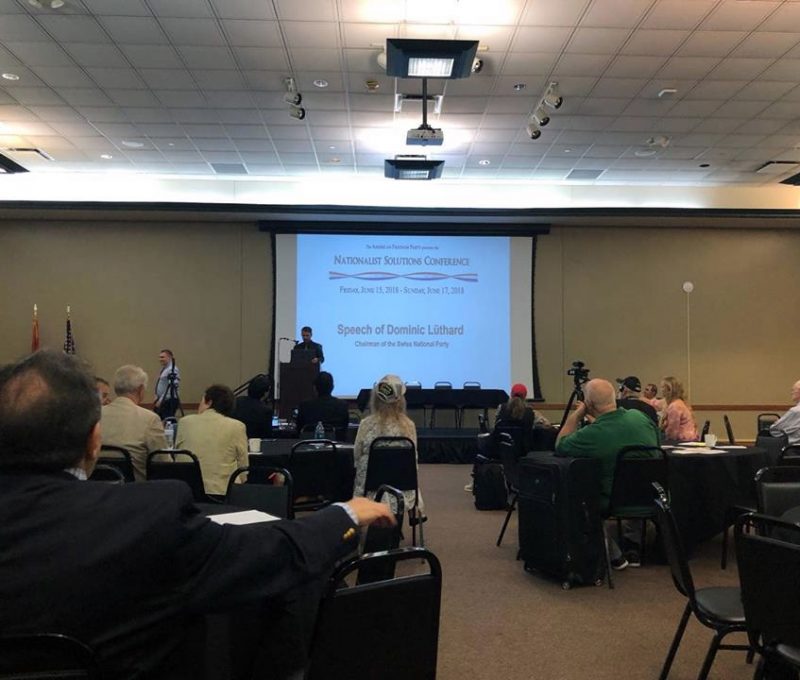 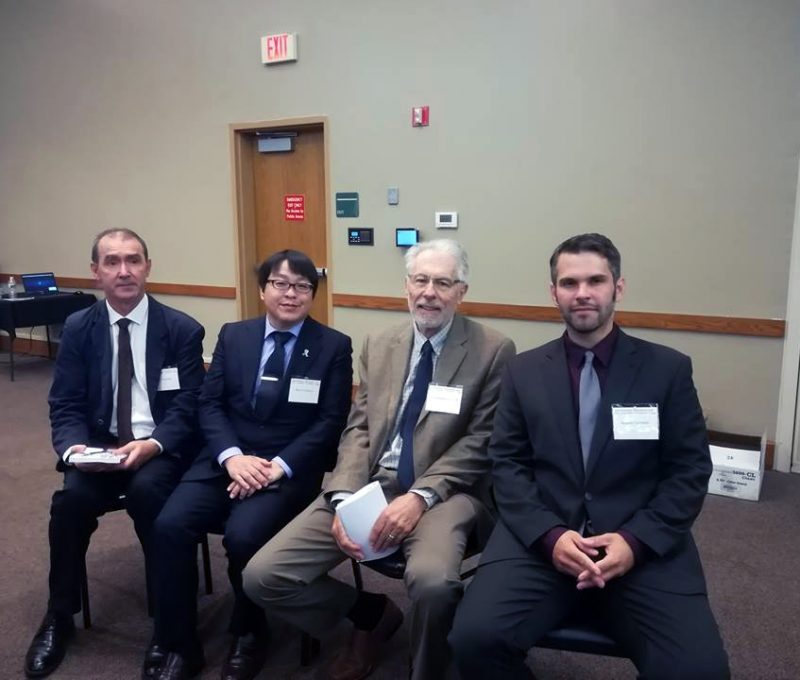