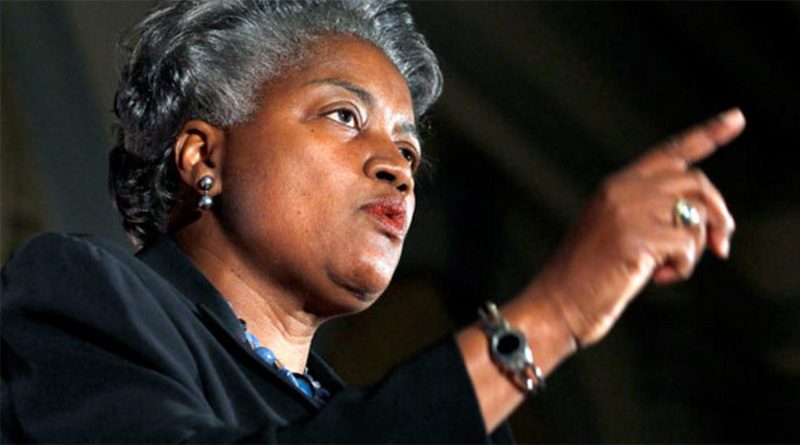 Brazile has written a new book exposing evidence she claims proves Hillary Clinton and her operatives “rigged” the 2016 “Democrat” Presidential Primary to give her the nomination. Yet, ABC, NBC, and CBS all refused to even mention the story, proving their bias and dishonesty for the ten millionth time this week.

The story did receive considerable coverage by the few honest and reliable sources of news and commentary, such as Fox News and Rush Limbaugh. It also received some print media coverage and extensive coverage on Twitter.

In her new book Hacks, Brazille revealed that she was heartbroken” upon first discovering the evidence she claims proves the Clinton Campaign “rigged” the “Democrat” nominating process to favor Hillary. In reference to a telephone call to Clinton primary opponent Bernie Sanders (Communist-VT,) she writes: “By September 7, the day I called Bernie, I had found my proof and it broke my heart.”

Brazile also exposes a conspiracy between the Clinton Campaign, the DNC and Clinton’s fundraising committee that allowed Hillary Clinton’s campaign to “control the party’s finances, strategy, and all the money raised.”

This arrangement was necessary because the DNC had been egregiously mismanaged by the same people who nearly destroyed the U.S. economy from 2009 to 2017, and for the same basic reasons, incompetence and dishonesty. Its mounting debt was a symptom of the irresponsibility its members have brought to public office for 50 years.

“The campaign had the DNC on life support, giving it money every month to meet its basic expenses, while the campaign was using the party as a fund-raising clearing house,” Brazile wrote.

This statement by Donna Brazille would be far more accurate had she substituted the term “money-laundering front” for the term “clearing-house,” which she incorrectly used.

She continues: “If the fight had been fair, one campaign would not have control of the party before the voters had decided which one they wanted to lead. This was not a criminal act, but as I saw it, it compromised the party’s integrity.”

What “integrity” could she possibly be referencing…?