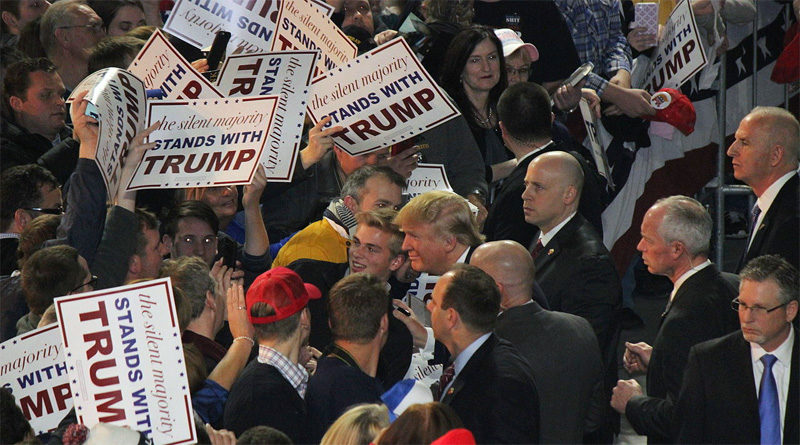 White is a color that comes in many flavors. There are White Supremacists, White Nationalists, White Separatists, and other, whiter shades of pale. Such groups, no matter what their flavor, are demonized and minimized by their progressive opponents as “the alt-right fringe.” These progressive snowflakes, no two of which are different, seek to keep the “alt” in “altercation.” In their verdict, to be “alt right” is to be “whitewashed” with the stain of original sin (racism) which comes in only one color (white) and which doesn’t come off.

In truth, most conservative white Americans should be categorized as “alt-middle,” a much larger cohort comprising cheerful, self-sufficient, non-threatening types whom you seldom notice because they don’t have a litany of demands for their local, state, or federal governments to meet … who start fires only in their own backyards … who make reservations in advance for restaurants instead of showing up at the last minute with a party of twenty and a trash can … who don’t go waving guns around in public … who don’t have a problem with irony, the Electoral College, or the police … indeed, who get along well with the police … who don’t claim to be better than anybody else … who don’t have the time or the energy to start their own country … but who, nevertheless, prefer “Midsomer Murders” to “The Wire” because they are comfortable in their own skins and most comfortable seeing those skins reflected on the faces of the people they meet. (And because they watch television to be entertained, not to be enlightened.)

This should not be cause for concern. It’s human nature, Skippy. DuckDuck “self-segregation” (you’re not still using Google, we hope), and you will find that while college administrators are dutifully shoving rainbow suppositories up their butts, incoming “freshpersons” are asking for “roommate reassignment” before they even set Birkenstocks on campus.

A student from India who had chosen Emory University for its bog-standard commitment to diversity, complained after three years, “With 21 percent Asian/Asian-American, 9 percent Latino, 9.5 percent black, and 17 percent international students, Emory has a diverse student body that should be intermingling and learning together, not self-segregating.” (Emphasis added.)

That’s Emory, Pranati. That’s everywhere else, too, mate. Ad Age reminds us, “Digital Divide: Segregation Is Alive and Well in Social Media.” CNN declares, “Only about 5 percent of the nation’s churches are racially integrated.” A Pew survey, reported in The Guardian, found that “acceptance of out-marriage to whites (81%) was higher than acceptance of out-marriage to Asians (75%), Hispanics (73%) or blacks (66%).”

Progressives can urge the rest of us to “lean in” and to have, at long fucking last, that conversation about race they keep yammering about, but the fact is: race relations in this country are long past their fix-by date. BLM and other race hustlers know that and make outlandish demands because confrontation trumps compromise when the wheels come off. Let white people stand in a circle, hold hands, and sing “Imagine.” Their brothers and sisters of color will be milling about in the streets chanting “Fuck tha po-lice” and dictating terms.

Until the alt-middle comes up with terms of its own, it will remain the silent majority. Hidden in plain sight. Not knowing its own strength yet. Accused of being overly fond of camping, Halloween, Mad Men, hummus, Frisbee sports, statistics, and Phish. So what? When we realize our strength, no doubt others will start to realize it, too.