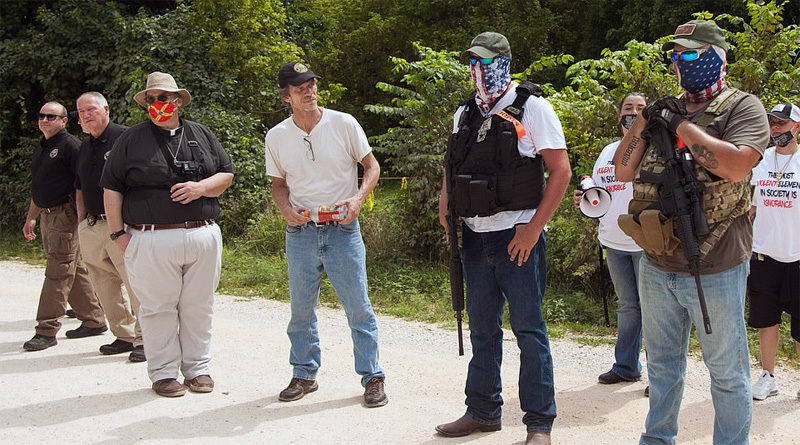 The protest comes just four days after a viral video labeled nearby Harrison, Arkansas, as being ‘America’s Most Racist Town’ and the ‘Ku Klux Klan Headquarters.’

The KKK’s website claims its national headquarters to be in Harrison and that its national director, Thomas Robb, uses at least three post office boxes there, the Springfield News-Leader reported.