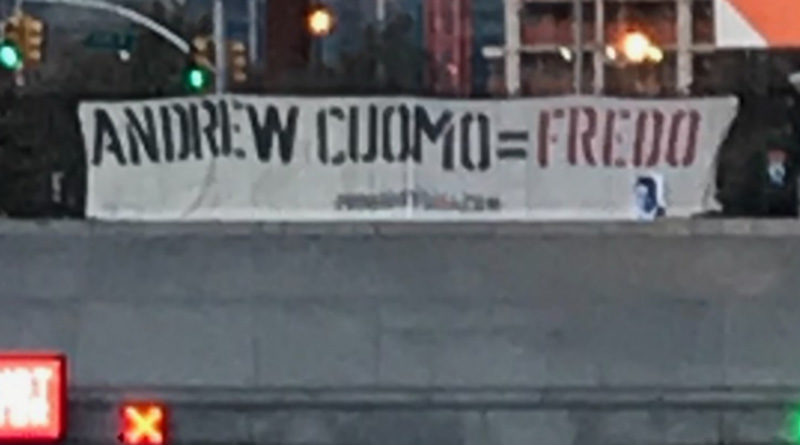 Gov. Cuomo is saying New Yorkers won’t be intimidated after posters and banners created by a far-right extremist group were found on New York City bridges and tunnels overnight Saturday.

The Proud Boys’ banners were found on the Queens Midtown, Lincoln, Holland and Brooklyn Battey tunnels, as well as the Manhattan Bridge, Cuomo’s office said.

One of the banners read: “Cuomo = Fredo.”

Cuomo’s brother, CNN anchor Chris Cuomo, said “Fredo” is “like the N-word” for Italians. He made the controversial comments after video surfaced showing him criticizing a man who called him the name. It references the Godfather’s fictional character Fredo Corleone. In fact “Fredo” is a contraction of the name Alfredo.

[As an Italian myself I have never heard “Fredo” described as a “slur” for Italians. Editor.]

“The banners, which included extremist right-wing propaganda slogans like ‘no retreat’ and ‘no surrender’ as well as anti-Italian American stereotypes, were clearly meant to divide and instill fear in New Yorkers,” Cuomo said in a statement Sunday.

“New York is not intimidated or threatened by these neo-fascists,” the governor added. 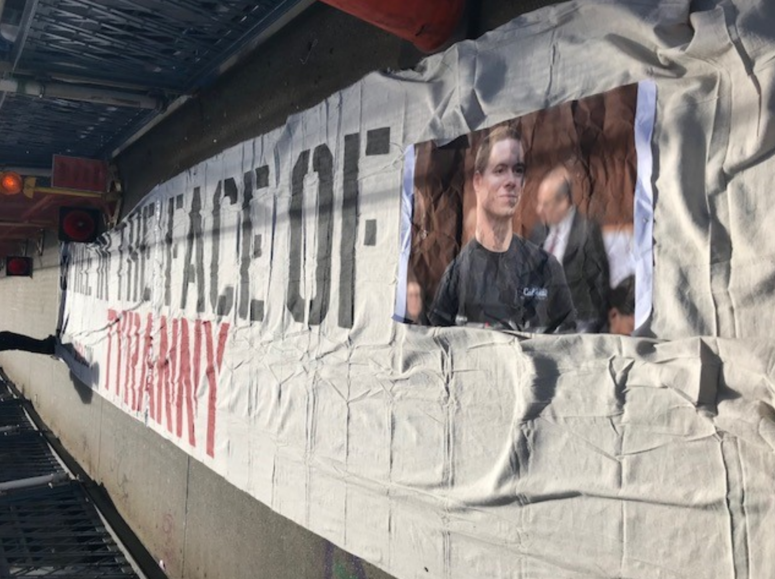 The banners were removed and an investigation has been launched.

Antifascist activists and members of the Proud Boys faced off outside Trump Tower on Saturday. The banners appear to have been put up sometime later that day.

Two Proud Boys members were sentenced to four years in prison recently for attacking Antifa members during a brawl in 2018.

Cuomo made his feeling about the Proud Boys clear in his statement Sunday.

“I have a message for the ‘Bigot Boys’ who skulk around like cowards in the dead of night: when you preach hate and division, New York answers with love and unity. Crawl back into your hole, Bigot Boys — there’s no place for hate in our state,” Cuomo said. [A typical response to free speech that one doesn’t like.]