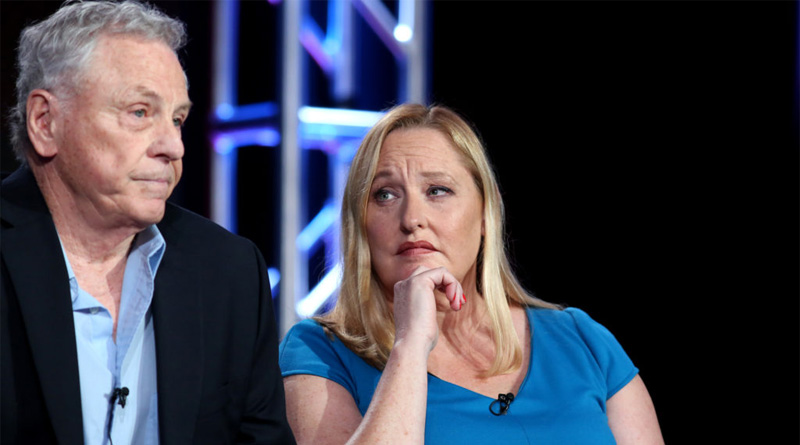 Last week, the Southern Poverty Law Center (SPLC) teamed up with five other groups funded by George Soros to pressure tech companies to “reduce hateful activities on their platforms.” While this sounds like a noble goal, mainstream conservative and Christian groups that have fallen afoul of the SPLC warned that these liberal organizations have an “Orwellian” definition of hate that most Americans would disagree with. Worse, social media companies already seem biased against conservatives, and this SPLC campaign would only embolden that bias.

On Wednesday, the SPLC led a coalition of groups in releasing “Change the Terms,” aiming to convince Big Tech to “reduce hateful activities on their platforms.” The coalition warned that “white supremacist and other organizations that incite hate are using online platforms to organize, fund, recruit supporters for, and normalize racism, sexism, religious bigotry, as well as anti-LGBTQ and anti-immigrant animus, among other activities.”

While the overwhelming majority of Americans abhor wicked ideologies like white supremacy, the SPLC boldly associates its political opponents with similar “hate,” smearing them as “hate groups” to be compared with the KKK.

“It’s obviously concerning that they want to censor free speech, and of course their definition of ‘hate speech’ is not what most people think of as hate speech,” Mat Staver, founder and chairman of the Christian legal nonprofit Liberty Counsel, told PJ Media.

“Most people think of hate speech as somebody encouraging physical violence,” Staver argued. Groups like the SPLC “extend it to anybody who doesn’t accept their view on LGBT issues, same-sex marriage, abortion, immigration, or Islam.”

Indeed, the SPLC paid $3.375 million to settle a defamation lawsuit from Maajid Nawaz, a Muslim reformer the SPLC had branded an “anti-Muslim extremist.” Following this settlement, Staver told PJ Media that 60 groups like Liberty Counsel — which has been branded a “hate group” by the SPLC — were considering separate defamation lawsuits against the smear factory.

Tech companies have already targeted Liberty Counsel for adverse treatment thanks to the SPLC’s “hate group” list. “We had Norton Security software attempt to block us,” Staver recalled. “We sent a demand letter, and they withdrew the block. When they did their own review, they concluded that we were not a hate group.”

If tech companies consider “Change the Terms,” they should also examine the source.

“Tech companies should be aware that the Southern Poverty Law Center was connected in federal court to domestic terrorism when the shooter who attacked the Family Research Council in 2012 pled guilty to the crime while confessing that he relied on the SPLC’s discredited ‘hate map’ to target the FRC,” Lt. Gen. (Ret.) Jerry Boykin, executive vice president at the Family Research Council (FRC), told PJ Media.

Indeed, the convicted terrorist who attempted to kill everyone in the FRC’s Washington, D.C., office admitted that he used the SPLC’s “hate map” to find his target. Even so, the SPLC has not reconsidered its “hate group” designation for FRC, and outlets like CNN plastered the SPLC “hate map” online, with no caveats.

Boykin warned that “the SPLC is a political defamation machine that has little respect for freedom of thought and expression. The SPLC is calling on tech companies to sacrifice free speech on the altar of political correctness.”

“To demand that social media platforms push past First Amendment principles to pursue nothing but the strictest forms of content-based regulation on free speech is to throw decades of jurisprudence on the fires of history,” Boykin argued. “The SPLC’s requests are nothing more than a demand to acquiesce to Neo-Marxism.”

The SPLC and its coalition would likely respond that the proposed terms do not violate the First Amendment. In a set of Frequently Asked Questions on the “Change the Terms” website, the groups argue that “hateful activity” means “activities that incite or engage in violence, intimidation, harassment, threats, or defamation targeting an individual or group based on their actual or perceived race, color, religion, national origin, ethnicity, immigration status, gender, gender identity, sexual orientation, or disability.”

“Because of the strict definition of hateful activity found in the terms of service, these policies will not block free speech,” the site claims. The First Amendment does not bind a private company, but it also does not protect all speech. “We carefully wrote the definition of hateful activity to cover types of speech that courts have said are not protected as free speech: incitement, violence, intimidation, harassment, threats, and defamation.”

Monitoring content on massive social media sites is difficult, so the SPLC and its Soros-funded allies are here to help! Just who would these “civil and human rights organizations” be?

The coalition includes the Center for American Progress (CAP), a left-wing group whose former president served as chief of staff for both Bill and Hillary Clinton. CAP admits receiving more than $1 million from Soros’ Open Society Foundations, but the Media Research Center put the number at $10 million — back in 2015!

(Note: All Americans should condemn the bombing attempt against George Soros, but that attack does not make the Leftist donor any less liberal. His money machinations have brought down governments and he has directed funds to fundamentally change America.)

Jennifer Roback Morse, a leader at the Ruth Institute (which lost its credit-card processor thanks to the SPLC’s “hate group” label), told PJ Media that “‘Change the Terms’ seems to be a coalition of well-funded hard-Left organizations intent on shutting down even small opponents.”

Lamentably, “the people behind ‘Change the Terms’ appear to be completely oblivious to their own biases,” Morse noted. She warned that “independent thinkers should not allow groups like the Southern Poverty Law Center to censor the Internet.”

Even so, many tech companies seem to have the right kind of biases to fall for the SPLC’s rhetoric. A survey earlier this year found that conservatives working for Silicon Valley companies live in fear of their political opinions being exposed. Studies have found massive support for Democrats over Republicans at Apple, Amazon, and Google. Making matters worse, these companies already cite the SPLC’s “hate group” list, with Amazon removing D. James Kennedy Ministries and Alliance Defending Freedom from its Amazon Smile program, and Apple partnering with the SPLC.

In August, Facebook censored conservative articles, marking them as “spam.” It also censored the popular conservative video nonprofit PragerU, and when the employee responsible became known, Facebook did not fire him. PragerU has already sued Google and YouTube over “intentional censorship” of their videos.

“As we have seen, these companies are not ideologically neutral and already they see themselves as censors of ideas they deem against their world view,” Taylor noted. “While this is bad for innovation and the development of thought, it becomes more dangerous when this plays out in a free society.”

Schweizer: Stalin, Hitler, Mao ‘Would Dream About’ Google’s Power Over Our Thoughts

“What if these companies see a person or group of people as ideological threats?” Taylor wondered. “This kind of discrimination can trickle down to how you voted, where you shop, what do you with your free time, etc. Any of these identifiers could potentially be a means of discrimination according to these efforts.”

While many conservatives expressed deep concern about “Change the Terms,” one conservative advocate for free speech online actually saw the effort as a positive sign that tech companies are feeling the backlash from censorship.

“It seems the growing recognition by elected officials and grassroots Americans of the clear pattern of censorship of Christian and conservative viewpoints by Big Tech has rattled progressives seeking to suppress those views,” James Smith, vice president of communications at National Religious Broadcasters (NRB), told PJ Media.

“National Religious Broadcasters for many years has urged social media platforms to adopt a Free Speech Charter based on First Amendment principles,” Smith noted. “We did so again a year ago when we launched Internet Freedom Watch. Such a standard, based on centuries of American jurisprudence, would enable the rightful blocking of violent or obscene content without trampling on free speech liberties upon which our nation is founded.”

The NRB VP also noted that Dr. Jerry Johnson, NRB’s president, renewed that call in September, warning that if tech companies do not adopt such a charter by January 1, 2019, he will lead an effort to call on Congress to reevaluate Section 230 of the Communications Decency Act, a key legal protection for Big Tech.

Smith cited some examples of censorship on Internet Freedom Watch’s timeline. “When Lila Rose’s LiveAction is censored from promoting her pro-life views on Twitter while Planned Parenthood can push its pro-abortion views on the platform — just to state one egregious example — there’s no doubt that viewpoints out of favor with progressives are being suppressed by Big Tech.”

Smith argued that “Change the Terms” shows that NRB’s efforts to highlight social media censorship are working. “Internet Freedom Watch and other efforts to draw attention to online viewpoint censorship is clearly making a difference if such a coalition is seeking to pressure Big Tech to even greater degrees of censorship.”