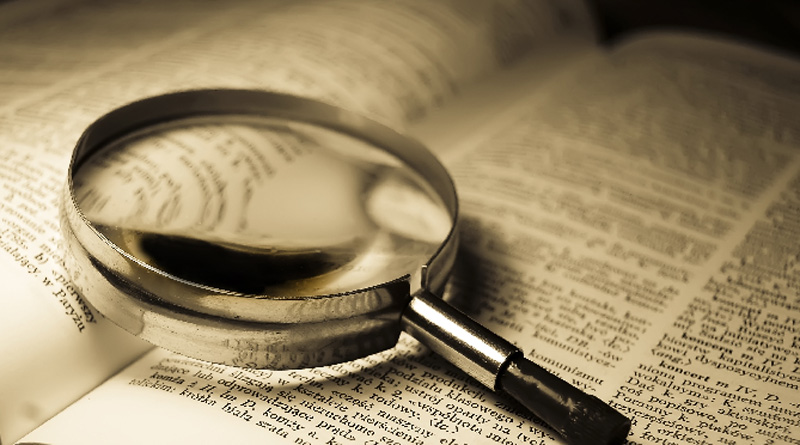 Third-World: Places to be avoided at all costs, where little or no distinction is made between drinking water and sewer systems. (Also known as “shit-holes.”)

Africa: A continent that inspires a great deal of nostalgia among American blacks until the prospect of their repatriation is seriously considered.

Affirmative-Action: Discriminatory policy used against white males in admissions and employment to benefit less qualified minorities who decided they always longed to be brane dokters, roket sientists, and nuculer fisicsists.

Respected: Someone the Corrupt Leftist Media knows is reliably on their side, even if they happen to have a long history of unethical or even traitorous behavior. (Jim Comey and Robert Mueller were described in this manner.)

Nationalist: A patriot, who actually loves and reveres his country, rather than hates it or works toward its demise. (The opposite of “Globalist.”)

Authority (noun): Someone who reliably advances the Corrupt Leftist Media’s false narratives, such as “Man-made Global Warming,” the benefits of “diversity,” or some particularly treasonous interpretation of the Constitution that would gag its Framers.

Polls: Phony numbers concocted by the Corrupt Leftist Media to discourage Republicans, nationalists and conservatives from voting, while simultaneously ENCOURAGING communists, “progressives,” leftists, socialists, “Democrats” and those engaged in Voter Fraud to vote “early and often.”

Voter Fraud: A delusion found exclusively among Republicans who are inclined to obsess on the anomaly of vote totals that significantly exceed the number of Registered Voters in a particular Ward, Precinct or large city.

Black-on-White Violent Crime: A phenomenon that no longer exists in the United States, thanks to the heroic efforts of the Society of Professional Journalists to eliminate it with the stroke of an eraser.

White-on-Black Violent Crime: The scourge of 20th and 21st Century America, and a phenomenon that merits relentless coverage for weeks on end by the Corrupt Leftist Media, irrespective of its infrequency or rarity.

Populist: A politician who actually respects the opinion of the average American citizen, much like Thomas Jefferson and Ronald Reagan used to do, and Donald Trump does now.

Liberal: A Cultural Marxist by any other name, who desperately feels the need to camouflage his ideology.

Democrat: See above. An individual whose entire life is devoted to lying to voters, ward-healing, voter fraud, granting special privileges to undeserving political allies, and punishing political opponents in either an illegal or unconstitutional manner.

Progressive: A communist who doesn’t wish to defend the fact that his ideology was responsible for the murder of 100 million innocent souls in the 20th Century, alone.

Pro-Choice: A euphemism for the right of women to murder their unborn children because their pregnancy is inconvenient.

Feminist: Any of a coven of angry and delusional females whose irrationality and childish behavior render them incomprehensible to adults of any age or gender. (Also known as “The Ladies’ Auxiliary of Marxism.”)

Globalism: A preference for international entanglements that undermine the sovereignty of individual nations, and an inclination often found among socialists, communists and Zionists, as well as businessmen who would willingly sell them the rope to hang us.

One thought on “Politically Incorrect Dictionary”