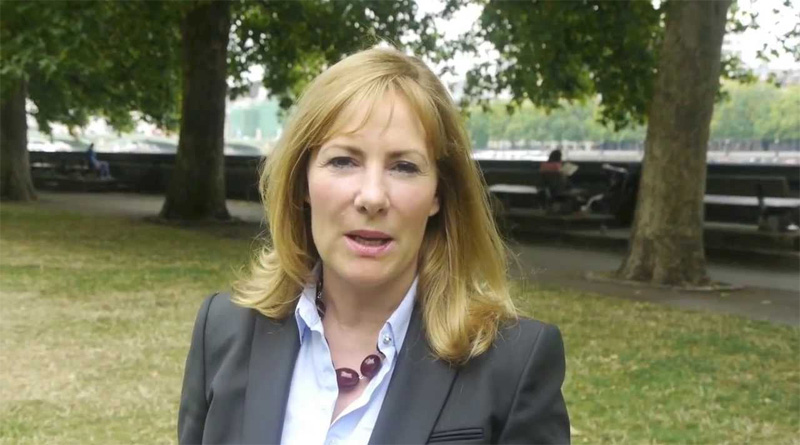 “Say goodbye to your democracy and way of life.”

British MEP (Member of European Parliament) Janice Atkinson warns that the UN Compact on Migration would lead to Europe being flooded with 59 million new migrants within the next 6 years.

The document is not legally binding, but governments will be under pressure to follow its dictates. Numerous countries, including the United States and Hungary, have said they will refuse to sign the pact.

“If you think you’re in control of your borders, think again,” said Atkinson, adding, “This compact backs the EU and the UN’s aim to flood our nations with 59 million migrants by 2025…. just 6 years.”

Atkinson went on to explain the source of the new pact; A 2000 declaration that concluded Europe’s ethnic population was in decline “and therefore needed replacing.”

This has been disproven by youth unemployment in some European countries being 50% or higher, as well as many new migrants being “unemployable,” with only around 13% employed on average according to Atkinson.

The MEP savaged British Prime Minister Theresa May for promising to take back control of British borders via Brexit and yet planning to sign the UN migration pact next month.

“Remember – the UN and the globalists want to flood our continent with 59 million migrants by 2025,” Atkinson emphasized, adding that the UN document states mass immigration is “inevitable, desirable and necessary.”

Warning that the plan would lead to European countries having their “culture and identity crushed,” Atkinson also pointed out that the pact could lead to hate speech laws that make it illegal to use the term “illegal migrants,” replacing it instead with “irregular migrants”.

“It will be illegal not to use their prescribed language,” warned Atkinson, adding that European citizens could “say goodbye to your democracy and your way of life,” unless they demand their leaders refuse to sign the document.

The MEP’s concern about language policing is shared by Dutch MEP Marcel de Graaff, who said that the pact would grease the skids for laws that would criminalize criticism of mass immigration as hate speech.