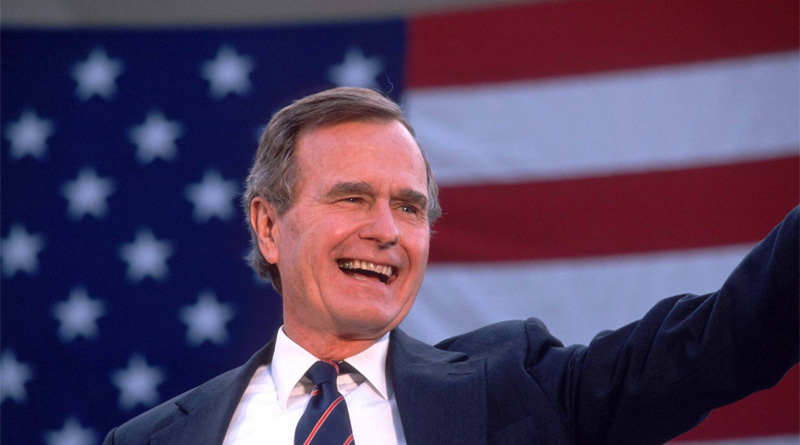 I’m mildly irritated by the canonization of George H.W. Bush on Fox News, so I feel an obligation to set the record straight on America’s 41st President. I think Bush betrayed the conservative movement, the GOP, and the American people more times than Jeff Sessions.

I will always remember two particular anecdotes about Bush 41: First, Immediately after assuming the Presidency, he remarked in his Inaugural Address that he wished to have “…a kinder and gentler nation.” This was a veiled repudiation of Reagan’s Presidency, intended to reassure America’s “Political Class” that Bush would be a “team player” and not rock the boat like Reagan.

It was also a direct affront to The Gipper, who nominated and endorsed him. Needless to say, it didn’t take Bush long to squander the enormous political capital that Reagan had accumulated in eight wonderful years. He did this by signing a tax increase after campaigning for more than a year on his campaign pledge, “Read my lips: No new taxes.”

Second, I’ll never forget the last couple of weeks of the 1992 Campaign, before he eventually lost to Slick Willie, the eventual Rapist-in-Chief. Two weeks before the election, the Jews’ Media narrative suddenly became “George Bush Gets Tough” when Bush made the following (verbatim) quote on the campaign trail: “…if these bozos (meaning Clinton and Gore) are elected, we’ll be up to our elbows in Spotted Owls.”

Anytime a Republican has the courage to criticize the insanity of the phony and self-anointed “Environmentalist Movement,” he deserves credit for doing so. In particular, the Spotted Owl put an end to logging in many old-growth forests in America’s Northwest, forcing the U.S. to import a great deal of lumber from Canada. (I remember seeing CANFOR (“Canadian Forests”) stamped on most of the lumber I bought in the 1990s.

The problem was that IT WAS BUSH’S OWN INTERIOR SECRETARY — MANUEL LUJAN — WHO DESIGNATED THE SPOTTED OWL AN ENDANGERED SPECIES, AND NEARLY KILLED THE LOGGING INDUSTRY IN THE NORTHWEST. I don’t think Bush ever even knew.

The success of the Trump Administration stems primarily from the fact that Donald Trump — in contrast to every Bush who ever held office — refuses to allow the Jews’ Media’s dominant narrative to dictate policy for his administration.

Unlike the Bushes, Trump recognizes that most of those dominant media narratives are concocted by Pharisees on the Editorial Pages of the NEW YORK TIMES and WASHINGTON POST, the mortal enemies of anyone calling himself a “Republican,” a “conservative” or a “Libertarian.”