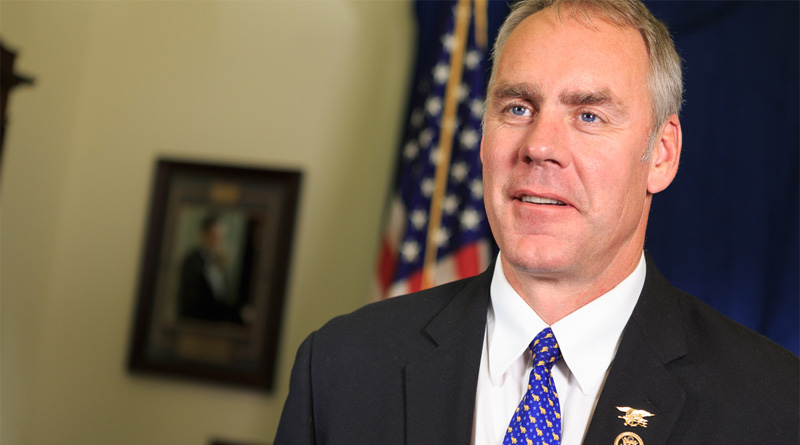 Secretary of the Interior Ryan Zinke said on Monday’s Breitbart News Daily that he “absolutely” supports a wall on the U.S. southern border with Mexico for a host of reasons, including national security.

“I absolutely agree with the [President Donald Trump]— a nation without borders can’t exist,” Zinke told Breitbart Editor-in-chief Alex Marlow. “We need to secure our borders.”

Zinke said not only is “uncontrolled crossing” allowing human and drug trafficking to take place, but it is also devastating to the environment.

Zinke, a former Navy Seal, said he knows how to develop winning strategies to confront threats, including when it comes to securing the border.

That includes Trump’s recent decision to send Interior law enforcement personnel to the southern border along the 40 percent of land under that agency’s jurisdiction — a move Zinke said has already led to multiple arrests of illegal crossers.

“We’re going to make sure that the crossings come to an immediate halt,” Zinke said, noting that Interior has already doubled the number of agents since the first 22 were deployed.

In the wide-ranging conversation, Ryan also spoke about the importance of developing America’s abundant energy resources in an environmentally responsible way so as not be held hostage for oil and gas imports.

Zinke also said Americans having access to public lands in a priority for his agency.

“I’m red, white and blue — I look out after the American public that works hard during the week and wants to take their fishing pole out on the weekend or hike a trail, or drive a boat or recreate on America’s land,” Zinke said.

He said that Memorial Day is a way to “pay tribute” to military members and their family who have “sacrificed so much.”

And despite divisions that exist in the country, Memorial Day is a time to come together as a nation.

“At the end of the day, we’re all Americans, and we need to rise together,” Zinke said.