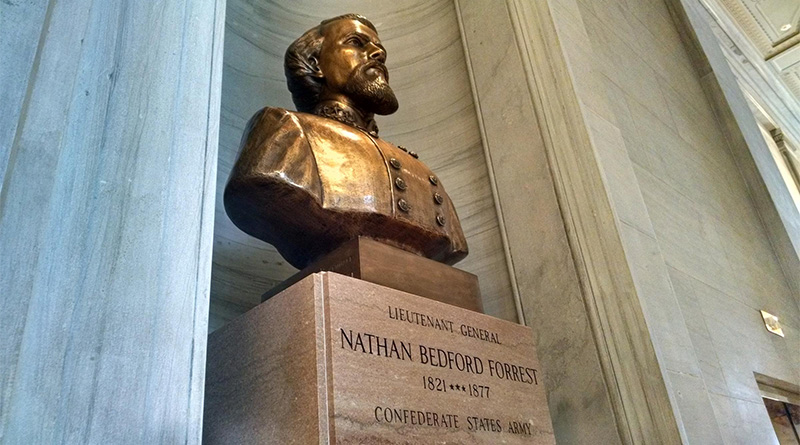 Democrats
January 1, 20184062 Views 2 Comments
A debate over Confederate symbols in Tennessee degenerated into a put-up-your-dukes argument between a black lawmaker and a white one on the House floor today.

Other lawmakers intervened to physically separate Rep. G.A. Hardaway, D-Memphis, and Rep. Curry Todd, R-Germantown, in the back of the chamber, or who knows what might have happened? Yes. A black Democrat, the party of the KKK and Robert Byrd.

“Two gentlemen were having a passionate discussion,” was about all Hardaway would say about it a few minutes ago, although he did deny calling Todd “a racist sonuvabitch” as House staffers have reported it to Pith.

“I would not have called him that,” Hardaway said, laughing.

It started when Todd made a motion to cut off debate on legislation to make it harder to rid the state of Confederate memorials and place names. According to staffers in the chamber at the time, Hardaway went to Todd and told him the debate wasn’t finished, and Todd told Hardaway to go back where he belonged or words to that effect—at which point chaos ensued. There was lots of finger pointing and shouting.

Reporters at the front of the chamber heard the commotion but couldn’t tell what was happening.

Legislative offices are debating who would have won the fight, and the smart money’s on Hardaway who looks stout.

We tried unsuccessfully to reach Todd, who is mostly known for championing the guns-in-bars law and then getting caught driving drunk through Nashville with a loaded gun by his side.

Here’s the video from the House floor courtesy of Channel 2. Rep. Joe Towns, D-Memphis, is talking but the action is behind him. Let’s rumble!