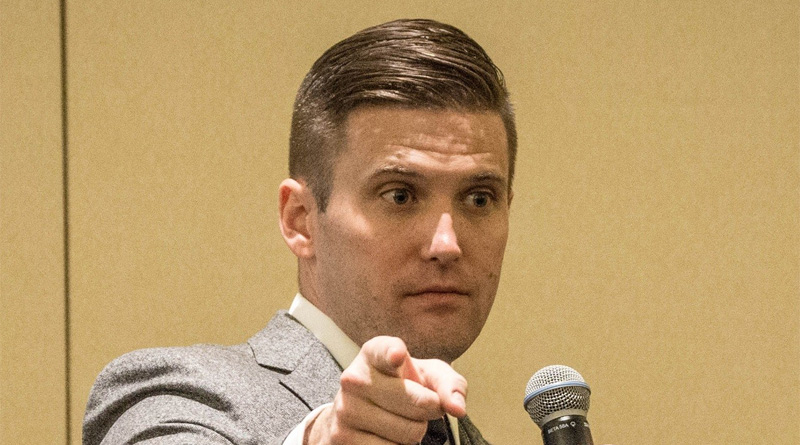 Alt-Right
December 29, 20176009 Views 0 Comments
The Dallas Morning News editorial page took a truly bold step this week by announcing that one of the finalists for its annual Texan of the Year award is Richard Spencer. He’s the Dallas native and St. Mark’s School graduate who has become the public face of American white nationalism.

And yes, in warning readers that Spencer is in the running, the News made it plain it isn’t looking at him for a commendation. “This designation is not meant as an award,” the paper explained carefully, “but as recognition of those Texans who had uncommon impact, which can be a positive or negative impact, during the past year.”

If anything, I wish people would take Spencer more seriously and listen to him more closely than even the News suggests. Reciting his academic credits — high school at St. Mark’s, University of Virginia undergrad, master’s in humanities from the University of Chicago — the editorial page concludes that “Spencer surely knows the world of academia.” OK, but I think we can stand to concede that, in fact, he is well educated, a good writer and an effective speaker.

The paper says, “Spencer is exploiting America’s perception that it is deeply divided.” A more concise portrayal might be that Spencer speaks directly to the very real and profound divisions in our nation at this time.

The only way for any of us to truly grasp what Spencer is about is for each of us to read or listen to his words. He doesn’t hide the ball.

Here are excerpts from an address Spencer made in November 2016 to the annual conference of a group called the National Policy Institute meeting in the Ronald Reagan Building in Washington, D.C.

“Meanwhile, at home, the protection of the borders, the primary and, for some, the only national security responsibility of the government, is ignored. Indeed, Western governments go out of their way to seek out the most dysfunctional immigrants possible and relocate them at taxpayer expense.”
“In the current year, one’s career can be ruined and one’s life destroyed if you express anything other than admiration for a man who wants to cut off his genitals and say he’s a woman.”
“In the current year, white families work their whole lives to send their children to universities where they will be told just how despicable they are.”
“The premade signs of those leading the protests against Trump, probably some of those outside this very building, come from some of the most extreme communist groups in the country, the most murderous ideological force in history.”
“This is a sick, disgusting society run by the corrupt, defended by hysterics drunk on self-hatred and degeneracy.”
“America was, until this past generation, a white country, designed for ourselves and our posterity. It is our creation. It is our inheritance, and it belongs to us.”
“For us, it is conquer or die. This is a unique burden to the white man, that our fate is entirely in our hands, and it is appropriate because, within us, within the very blood in our veins as children of the sun, lies the potential for greatness. That is the great struggle we are called to. We are not meant to live in shame and weakness and disgrace.”
“We were not meant to beg for moral validation from some of the most despicable creatures who ever populated the planet. We were meant to overcome, overcome all of it, because that is natural and normal for us.”
“Because, for us as Europeans, it is only normal again when we are great again. Hail Trump! Hail our people! Hail victory!”
In the months after Donald Trump’s election, political pundits, academics and pollsters debated one particular aspect of his win, perhaps because that aspect felt especially counter-intuitive, and, well, the whole world seemed counter-intuitive to a lot of people in those early months. Still does.

The puzzle that stumped the Trump-watchers more than any other was the 41 percent of white millennials who voted for him. The question, never quite clearly articulated, was something about why young people would vote for a man who seemed like such a throwback to the values of white people in the mid-20th century.

The speculation boiled down to two candidates for an answer: economic dislocation (no good jobs, angry with life because they’re stuck still living at home) or “racial resentment”.

That debate is pretty much over. Enough time has passed for credible studies and polls to reach completion. An analysis by The Washington Post based on data from the GenForward Survey; a study by social scientists at the University of California Santa Barbara and Stanford University; work by analysts at Demos, a liberal think tank, published by Vox: it all converges at two key points.