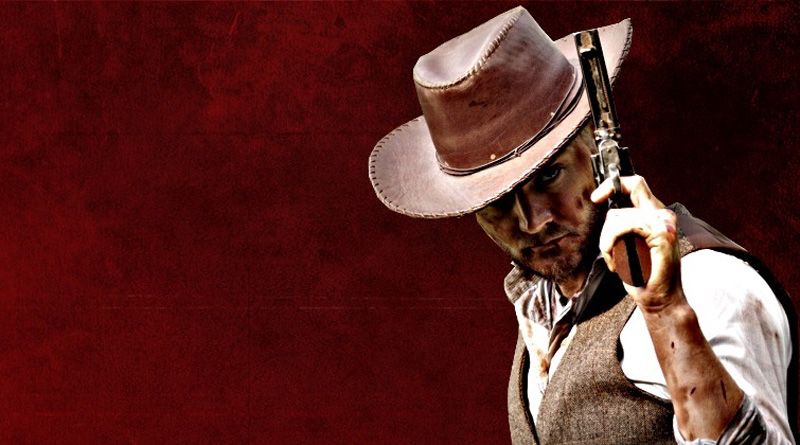 The message of John Ford’s classic western, “The Man Who Shot Liberty Valance,” is much simpler than its plot: Law may be the cornerstone of Western Civilization, but when decent people are besieged by pure evil and lawlessness, it takes resourceful and courageous men to confront and defeat such enemies, even if some legal niceties may be sacrificed in the process.

It was the rough and fearless John Wayne character (Tom Doniphan,) not Jimmy Stewart’s character (a fussy and principled lawyer named Ransom Stoddard,) who actually shot and killed Liberty Valance. Once freed from the terror of a psychopath, the town of Shinbone became a safe and decent place to live for the first time since Liberty Valance arrived.

While “Ranse” Stoddard got the credit for doing so, it was actually Tom Doniphan who delivered the fatal bullet to Liberty Valance. This allowed Stoddard to become a legend –- eventually becoming Governor and Senator –- and thus reap the acclaim that should rightly have gone to Doniphan, had Doniphan ever sought any such thing.

John Ford’s point was that today we stand on the shoulders of very great men who possessed the courage to confront and defeat evil, and thus carve out an environment in which Rule of Law and other cherished principles could take root and flourish. They received little recognition for their efforts and the risks they took and few, like Tom Doniphan, ever sought any.

These are the real, but unheralded heroes who actually deserve much of the credit for taming the “Wild West,” and making it a viable place for decent people to settle and raise families during and after the “Westward Expansion.”

THE EVIL & LAWLESSNESS WE KNOW

Barack Hussein Obama is evil: He is a communist and America-hater, just as both of his parents were. His mother was a communist whore, who became pregnant by a nigro communist and Soviet spy named Frank Marshall Davis, the man who was Obama’s true biological father.

His mother feared that her mixed-race child by a Soviet spy would experience discrimination, so she “shopped” the continents of Asia and Africa for someone willing to play “baby-daddy” in return for being allowed to immigrate to the U.S., as the spouse of a U.S. citizen.

Barack Hussein Obama Sr. was that man, and he left Obama’s mother very soon after arriving in America. Obama’s phony Birth Certificate was essential because he was born in Kenya, and so it became necessary to purchase a phony counterfeit by bribing some clerk in the Hawaiian state bureaucracy.

In his eight years as President, Obama did everything in his power to subvert our national security and the U.S. economy, in a poorly disguised effort to permanently cripple America and make us vulnerable to foreign enemies such as ISIS, Al Qaida, or the Taliban.

The highest priority of Obama and his administration was to subvert America, and hand-deliver it — crippled and reeling — to the forces of international socialism and international Zionism, now aligned with Islamic terrorists. The only people oblivious to his agenda are the morons and trash who elected him.

He has also continued to subvert this nation — even after leaving office — by spying on President Trump and orchestrating endless leaks by his network of traitors he placed in the federal bureaucracy. These traitors continue to serve international communism, much as legions of Soviet spies in the Roosevelt administration served the Soviet NKVD and GRU during World War II and after.

Obama’s contempt for Rule of Law and the Constitution have been demonstrated so many times and in so many ways, they need hardly be catalogued here.

“Catch-phrases” such as “Fast and Furious,” the “Iran Deal,” Benghazi, the IRS Tax Exempt Section, and Hillary’s e-mail scandals offer a glimpse into the level of his corruption: They should be enough for any person with a three-digit I.Q. and any semblance of honesty to recognize that Obama’s Administration was as corrupt as Idi Amin’s Uganda.

The Communist Jews, homos, nigros, Moslems and “Democrats” who staffed the Obama Administration are the intellectual and moral heirs of those thousands of communist spies who subverted America and the West while serving their Soviet masters in W.W. II: The only difference is they switched allegiance from Moscow to radical Islam when the Soviet Bloc ended up on the “scrap-heap of history.”

Because the “Democrat” Party from the 1920s on has always been a refuge for communist traitors working to subvert America and the West, it is truly “The New Communist Party,” and its evil intentions do not differ from those of Stalin, Mao or Castro. They continue their treasonous assaults against this nation whether they are in power or out, with the ultimate objective of delivering us crippled, to our enemies.

The Obama Administration has weakened combat units by placing queers, women and Moslem Jihadists where they have no business being, and gave these “combat soldiers” near-immunity from any kind of sanctions.

They have given Iran the U.S. approval to build a nuclear weapon, and then “unfroze” $150 Billion of Iranian assets to ensure that Iran has the funding to build one.

They converted N.A.S.A. into some sort of “Moslem-Outreach” function, probably to obscure the fact that missile guidance technology was being covertly transferred to radical and Islamic terrorist States.

CONFRONTING THE EVIL WE KNOW

It is time for President Trump to take the offensive, rather than continue to allow the communist conspiracy we know as the “Democrat” Party to subvert his agenda with illegal wiretaps, endless “leaks,” “fake news” and a variety of felonies that appear to have been committed with impunity.

Attorney General Sessions needs to appoint a Special Prosecutor –- one with experience concerning intelligence matters –- to investigate the Obama Administration’s illegal and unconscionable surveillance of President Trump and his campaign, both before and after Trump’s election.

Trump should ensure the Special Prosecutor’s security, and reassure him that that he has the full authority to pursue his investigation all the way to indictment and prosecution of those responsible, no matter who they are or what crimes they committed. (Use the R.I.C.O. Statutes if necessary, because “Racketeering” and “Corrupt” characterizes the Obama Administration perfectly.)

Simultaneously, appoint another Special Prosecutor to investigate the Hillary Clinton e-mail scandal, with an eye toward the roles of Barack Hussein Obama, Bill Clinton, Loretta Lynch and Eric Holder in obstructing justice in the earlier, fraudulent investigation of Hillary’s e-mails. Use the R.I.C.O. Statutes here, as well.

Fire FBI Director Comey, and appoint someone who isn’t such a buffoon, liar and political tool. Appoint someone with real ability for a change, and someone who has the respect of all decent FBI Agents and the U.S. Attorneys with whom he has worked, such as Jim Kalstrom or Rudy Giuliani.

Assign a team of honorable and trustworthy Justice Department officials (NO Obama appointees!) to investigate the “Democrat” Party’s use of massive voter fraud as an electoral strategy.

When you find culprits, don’t do what those phony and gutless pimps in the Bush Family routinely did: They gave free passes to nigro criminals because they hold them to extremely low standards. Use the Voting Rights Act, with its criminal and civil penalties, and put the Fear of God into them!

Also appoint Special Prosecutors to investigate the gun-running scandal known as “Fast and Furious,” which was a criminal conspiracy dreamed up by Eric Holder, Barack Hussein Obama, and that fat lesbian, Janet Napolitano. Their criminal conspiracy to undermine public support for the Second Amendment resulted in the death of a federal agent, killed by the very guns they illegally transferred to Mexican drug cartels.

Here’s something that can be done with the stroke of a pen: Fire every individual in the Tax Exempt Section of the IRS who was involved in Lois Lerner and Barack Obama criminal conspiracy to deny Tax Exempt status to Tea Party and other patriotic groups. Indict them, as well!

Finally, when it is eventually revealed that members of the electronic media were involved in knowingly disseminating either “fake news,” or the product of Obama’s illegal wiretaps of Trump, The President should direct his Federal Communications Commission to seize the licenses of those media outlets, and then immediately auction them to the highest bidders.

This is not the time for half-measures and timidity. Daily, we are being assaulted and subverted by evil and lawless elements, and the chivalrous tradition of granting immunity to past Presidents simply cannot apply here: The stakes are too high. (END)