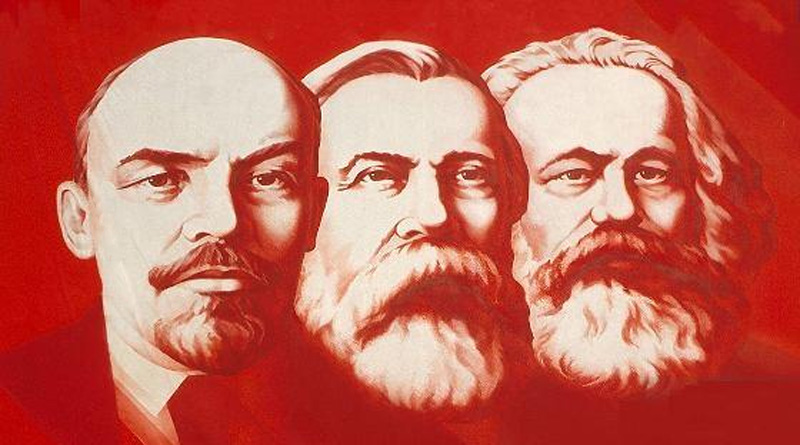 Freedom is not free, and as Ronald Reagan warned us, it is “…never more than one generation away from being lost.”

Many of us on the “Alt-Right” fear that the Millennial generation has the potential to prove Reagan prescient. While few Millennials would sell their birth right for a bowl of pottage, as the Biblical character Esau did, many give the impression they might be tempted by the latest iPhone.

Their 2008 majority support of a pathological liar and communist traitor like Barack Obama was a self-inflicted wound from which many are only now beginning to recover.

Having succumbed to endless propaganda, Millennials were deceived into electing a man with no interest in growing our economy or creating jobs, and no clue how, had he been inclined. Obama’s only priority was to create as much dependency on the federal government as possible, while transferring the wealth of others to his supporters.

It isn’t my intention to attack or stereotype an entire generation, but I would like to offer a few insights into this particular generation, and suggest a theory that may help explain why Millennials tend to be particularly distrustful of others.

Fortunately, this particular generational predisposition and other eccentricities are usually absent from Millennials who have embraced the Alt-Right — or some other patriotic or nationalistic movement — so this theory is not directed at them. Clearly, these Millennials “get it.”

Elements of resentment and distrust are often found in many Millennials. I believe this is attributable to a dawning recognition among the brighter ones that they’ve been profoundly deceived by the “popular culture” they worship, and betrayed by the Corrupt Leftist Media and Marxist “educators” they’ve trusted without question for most of their lives.

Millennials were probably the first American generation to experience a full dose of North Korea-style mass indoctrination in the guise of public “education.” Their schooling was nothing less than a classic “brain-washing,” but few seem to realize that this was actually the case.

Cultural Marxists in the guise of “educators,” entertainers or “journalists” must have viewed Millennials as perfect “guinea pigs”: The latter were the first generation to have Soviet-style “speech codes imposed on them, which they accepted like lambs to the slaughter.

Many also attended public schools when forced busing was in full-sway, patiently and obediently enduring the full spectrum of intimidation and violence from thuggish, black, 19 year-old Sophomores that inevitably accompanies “school desegregation.”

Millennials who opted for so-called “higher education” have also been burdened with Student Loan debt that has increased at more than 10 times the rate of the Consumer Price Index: Meanwhile, the quality of the “education” they received has been dramatically eroded by the “educators” they trusted.

In her EDUCATION REPORTER some years ago, Phyllis Schlafly reprinted an exam from the early 1900s that was required to graduate from the 5th Grade in the State of Florida.

In addition to many other tasks, it required students to name the eight elements of speech, as well as find the volume of a “tubular” water tank with a given height and width. How many of today’s COLLEGE graduates could pass such a test?

Among many other lies pounded into them by Cultural Marxists is the notion that all whites bear collective guilt for slavery and the chronic plight of the black underclass: Mean-while, blacks are exempted from collective responsibility for the enormous levels of violent crime they commit.

Their generation has also been repeatedly indoctrinated with the notion that racial differences in I.Q. do not exist –- because “race is a false construct” — and that all such claims merit only censorship: Meanwhile, they are encouraged to celebrate the obvious athletic superiority of blacks, who dominate the NBA or “speed” positions in the NFL.

Millennials have also been indoctrinated with the quaint notion that socialism is the only ”just” economic system, and is much more “fair” than capitalism: Yet, it has been exclusively the socialist nations of the world whose secret police were forced to build walls to prevent their captive populations from escaping and fleeing to those “unfair” capitalist systems.

Another narrative stressed endlessly –- at least in so-called “higher education” -– is the claim that conservative Republicans are actually “Nazis” or some other variety of fascist: Yet, it is exclusively the left who engage in violence and censorship to stifle their political opposition. Meanwhile, instances of Republican voter fraud are as scarce as unicorns.

Millennials need only open their eyes and minds to recognize a very obvious and unpleasant truth. Any with a three-digit I.Q. should eventually realize that from Kindergarten on, they received this unrelenting dose of Marxist indoctrination which flies in the face of reality.

As a result, even today’s college graduates often know less than Grade School graduates in the early 20th Century, as that Florida 5th Grade exam suggests. To add insult to injury, they have also been fleeced in the process by enormously inflated tuition costs, in a cleverly disguised redistribution of wealth through student tuition costs.

Surely, the brighter ones must realize that their Student Loan debt is so enormous because they have been forced to foot the bill for not only their own tuition, but also the tuition of several minority “scholarship” students, whose SAT Scores were often 500 points (or more) below their own.

In addition, their tuition has been used to pay the six-figure salaries of a host of minority faculty members -– hired for the “team photo” -– although very few possessed any erudition or scholarship beyond an Al Sharpton or Maxine Waters.

Moreover, most of these “Affirmative-Action” hires taught classes that few white students with any ability would ever dream of taking, if they taught any classes at all.

A case in point occurred when Wake Forest University hired Bill Clinton’s “Poet Laureate,” Maya Angelou, as a member of its faculty in the 1990s. Some enterprising writer for THE AMERICAN SPECTATOR was able to discover the fact that she taught no classes, she never held office hours, and that the room designated as her “office” at the university turned out to be a janitorial closet.

Essentially, Millennials have assumed staggering amounts of student loan debt as a precondition for attending college and ultimately being granted the cultural “right of passage” that a college diploma now represents. The scam continues to work only so long as it remains unacknowledged by its victims.

Few seem to recognize that this arrangement represents an enormous transfer of wealth from white, middle-class families to undeserving and intellectually ill-equipped blacks, whose value to most universities would be better served on their janitorial staffs. (Perhaps this was what Wake Forest had in mind when they assigned Maya Angelou’s “office”…)

In order to accommodate such a large influx of ill-prepared black students with low I.Q.s, it was necessary to “dumb-down” the curriculum to the extent that blacks could successfully “matriculate.”

This was further accomplished by establishing “Black Studies” and “Minority Studies” Departments and courses, where everyone with a measurable pulse received an “A” to balance out all those Ds and Fs they received in serious courses.

What corrupt and gutless educators have done is fleece the Millennial generation through enormous and unconscionable Student Loan debt, and then used those monies to finance incompetent black faculties and black student populations. Campus “speech codes” prevent anyone from daring to object to this outrage, lest they be expelled faster than the Duke Lacrosse Team.

While subject to these Soviet-style “speech codes, white students were expected to bear these insults stoically, lest they be considered “uncool” or even worse, be denounced as “racist.” Nevertheless, blacks were free to utter any slanderous attack on whites they desired.

Meanwhile, the lies of Marxist educators were reiterated by the Corrupt Leftist Media and the Shylocks who dictate “popular culture” –- the Entertainment Industry and social media — so beloved of Millennials.

I suspect a great many Millennials have begun to recognize how badly they’ve been “taken,” and are awakening to the full extent of the “sting” they’ve experienced at the hands of Cultural Marxists in the U.S.

Surely, they must eventually recognize that they have been deceived into betraying their race, their culture, and their civilization. Meanwhile, “Third-Worlders” were always encouraged to promote their own stone-aged and “mud” cultures, even if lies and disinformation were necessary to accomplish the task.

Eventually, MIllennials will awaken to this nightmare that Marxists have created, much like Winston Smith’s “epiphany” in Orwell’s 1984. When this happens, we will be in a position to take this country back from the communists and traitors in whose clutches we’ve remained for better than 40 years. (END)

One thought on “Millennial Mistrust & Marxism”