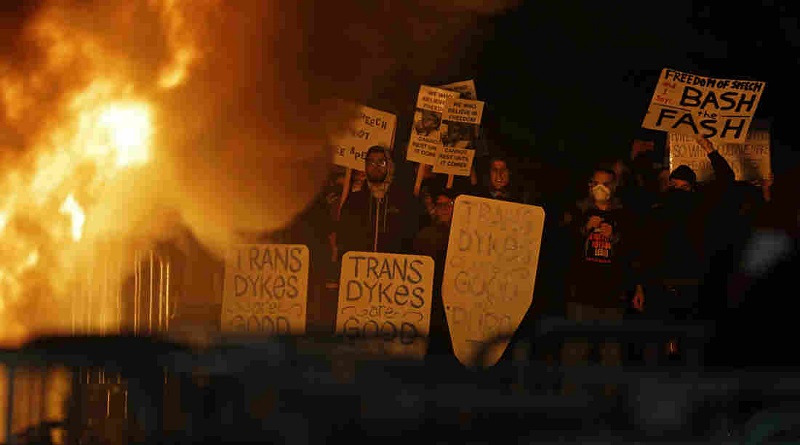 It has been less than two weeks:

Lifelong Democrat breaks through the brainwashing and climbs aboard the Trump Train after the violence at the #UCBerkleyRiot. pic.twitter.com/yBsApgFxJQ

If U.C. Berkeley does not allow free speech and practices violence on innocent people with a different point of view – NO FEDERAL FUNDS?

In terms of education policy, this has to be at the top of our agenda. We have to confront the Left in their cultural citadels like UC Berkeley, the University of Washington and Mizzou. As a practical matter, that means defunding public universities which fail to expel students who engage in mob violence and which have campus speech codes that repress free speech.

That’s also just the start. We need legislation to shutdown these leftwing hothouses, diversify the faculty and ensure that rightwing groups have the right to organize at public universities. How can we break the grip of political correctness on college campuses?