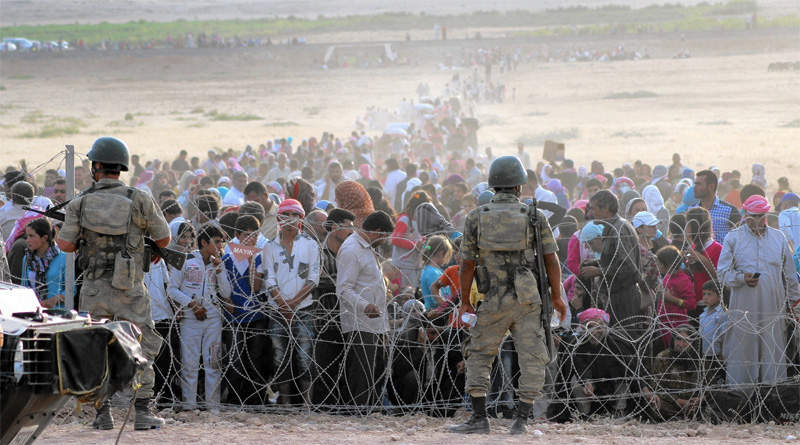 Joe Biden told the Jesuit Refugee Service this week that he plans to drastically increase the annual number of refugees taken in by the United States by over 800 percent of current figures.

While the Trump administration established a ceiling of 15,000 refugees for the current fiscal year, Biden said Thursday that he will raise that number to 125,000, Religion News Service (RNS) reported.

“The United States has long stood as a beacon of hope for the downtrodden and the oppressed, a leader of resettling refugees in our humanitarian response,” Biden said in a prerecorded video for a virtual celebration of the 40th anniversary of Jesuit Refugee Service.

“I promise, as president, I will reclaim that proud legacy for our country,” Biden continued. “The Biden-Harris administration will restore America’s historic role in protecting the vulnerable and defending the rights of refugees everywhere and raising our annual refugee admission target to 125,000.”

In his video message, Biden said the Jesuit Refugee Service is a “great organization” and framed the country’s historic commitment to refugee resettlement in theological terms.

“This organization was founded to serve the needs of some of the most vulnerable among us: refugees and displaced people. JRS believes that, in the stranger, we actually meet our neighbor. And that every society is ultimately judged by how we treat those most in need,” he said.

During the presidential campaign, Biden enjoyed the vocal support of a number of prominent American Jesuits despite Biden’s promises to expand abortion availability in the U.S. and abroad.

“That he chose to make this announcement with us tonight is an indication that President-elect Joe Biden is following his faith when it comes to American policy to protect and welcome refugees,” McPherson said in a statement.

“Not only is it exciting that the United States will once again welcome refugees at an historically high number, but it is also significant that we are hearing the President-elect speak in the language of social justice about the rights of refugees and our call as people of faith and as Americans to accompany them to safety,” she added.