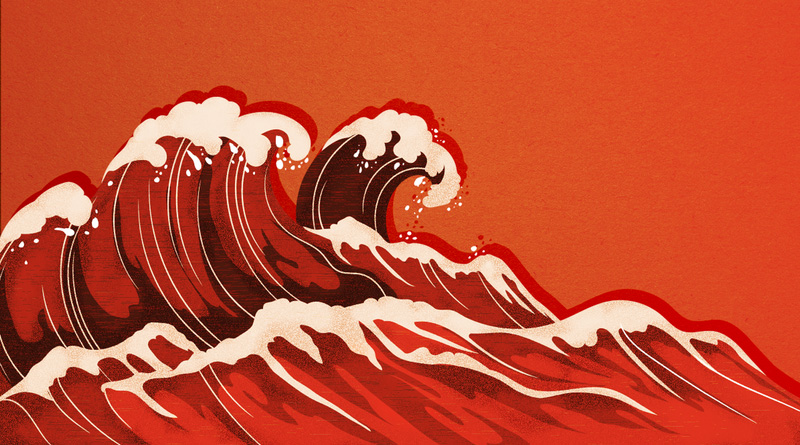 For six months, we’ve listened to endless pundits guesstimate the outcome of the November 6th “mid-term” elections. Most of their speculation relies on dubious polls that aren’t worth quoting. At the risk of being one more erroneous voice, here are MY predictions, and the reasons why I suspect there will be a so-called “Red Wave.”

Most of the American Electorate has finally come to a realization that so-called “Democrats” are about as “democratic” as the former nation of East Germany, which used to call itself “The German Democratic Republic.” (At least it actually WAS German!)

The Corrupt Leftist Media rages at its loss of influence, but it has no one to blame but itself. The public correctly recognizes that the narratives it spins are nothing but political propaganda to benefit all Marxists, and the “Democrat” Party in particular. It is not an unbiased arbiter of public issues, it is the FOCUS of Marxism in the Western Hemisphere.

Every poll taken by the Corrupt Leftist Media in the U.S. since 1980 has routinely undercounted conservatives and Republicans. These two “demographics” do not trust either pollsters or their polls, and often refuse to cooperate with them. Frequently, they won’t participate, or else give pollsters misleading answers because they know the Corrupt Leftist Media is their mortal enemy.

Black or Latino Trump Trump-supporters are particularly disinclined to give candid answers to anonymous individuals who call them out of the blue, claiming to be a pollster: They may well fear reprisals against them in this age of Black Lives Matter, Code Pink and “Anti-Fa,” who violate the Constitutional Rights of Trump supporters, Republicans, conservatives, Christians and nationalists with impunity.

Here’s another point I have made before: The “Democrat” Party has lost about 1,200 offices at the state and national level since 2010. As Rush Limbaugh put it, “All the way down to dog-catcher.” Why would the same voters who accomplished that particular public service not turn out on November 6th and vote to preserve the Trump agenda by voting Republican? In fact, they will, and early voting reveals this.

However, if there is one universal phenomenon that we have observed repeatedly for decades, it is that white voters do not answer pollsters accurately when asked about their support for a black candidate. Whatever comfort the Corrupt Leftist Media may take from those phony polls in Georgia and Florida will be short-lived, because both “Democrat” candidates will lose on November 6th.

I am NOT the Oracle at Delphi, nor are any of my predictions based on suspect polls. If I am correct in my predictions, what they prove is that common sense is a more valuable tool for assessing the pulse of the American Electorate than all the polls, pollsters and paid pundits in the multi-trillion-dollar industry we know as the Corrupt Leftist Media.

One thought on “Prediction: A “Red Wave””