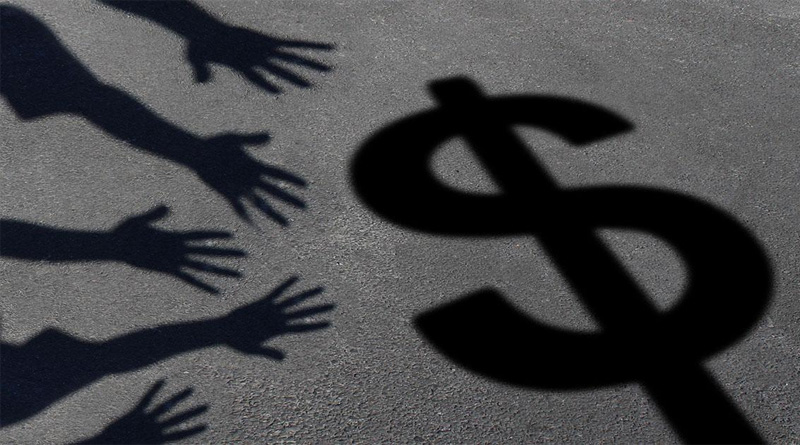 In the wake of the horrific massacre in Pittsburgh on Saturday, many commentators are blaming President Trump for cultivating an atmosphere in which anti-Semitism flourishes. Dana Milbank of The Washington Post went so far as to claim that Jews are not safe in Donald Trump’s America.

The problem is that no sound empirical data exists that shows an increase in anti-Semitism during the Trump administration that would justify such claims, while the data that does exist, like a much cited ADL study, proves no such thing.

Undoubtedly many readers are silently protesting, “What about the ADL statistic showing a 57 percent increase in anti-Semitic incidents in 2017,” a figure reported by NPR, The New York Times, the Post, and many other media outlets.

In fact, that’s not what the study shows and despite the way it has been portrayed in the ADL’s own press release, the actual findings don’t even purport to show any such thing.

Most important, the study does not actually claim to count “anti-Semitic incidents,” as such but rather the reporting of these events. First, it purports to count those incidents that have been reported to the ADL by the media, law enforcement, and the public. The ADL acknowledges that some of the increase in documented incidents is not an actual increase, but results from “more people … reporting incidents to ADL than ever before.”

Second, the report does not count only actual anti-Semitic incidents, but any incident that results “in Jews perceiving themselves as being victimized due to their Jewish identity.” As a result of this methodological tic, the ADL’s tally includes 163 bomb threats made to Jewish Community Centers and other Jewish institutions in early 2017, even though the two perpetrators were not motivated by anti-Semitism.

Relatedly, 2017 saw an unusually high level of concern in the Jewish community over perceived threats, a result of both Trump’s victory and the JCC calls. This likely led to an increase in ambiguous incidents being reported to the ADL as anti-Semitic. We know, for example, that one purported example of anti-Semitic cemetery vandalism turned out to be just old stones toppling over from poor upkeep (the ADL deleted that one from its tally), and another turned out, according to police, to be the product of a “drunk and mad” individual with no anti-Semitic intent (the ADL did not delete that one from its tally).

The ADL also reports that “college campuses saw a total of 204 incidents in 2017, compared to 108 in 2016.” How many of these incidents were of the alt-right nationalist variety, and how many were related to leftist anti-Israel activism? There is no way of knowing from the ADL study, but to the extent the latter was the cause, that could hardly be blamed on Trump.

Finally, it’s worth noting, that despite showing a 57 percent increase in incidents overall, from 1,267 to 1,986, the ADL study shows a 47 percent decrease in physical assaults, from 37 to 19. This is obviously inconsistent with the meme that 2017 saw a surge in violent anti-Semitism. Physical assaults are also the most objective sort of incident to document, which adds to concerns about the robustness of the rest of the data.

The ADL itself is primarily to blame for how its own study has been misconstrued and misused. As noted, the ADL’s press release accompanying the report was highly misleading. It publicized the assertion “that the number of anti-Semitic incidents was nearly 60 percent higher in 2017 than 2016,” which then became a meme and has spread throughout the media.

Unfortunately, we can’t attribute the press release simply to overly enthusiastic PR personnel. ADL president Jonathan Greenblatt distorted the report’s findings as recently as two days ago in The New York Times, asserting that the ADL report found a 57 percent increase in anti-Semitic incidents in 2017. He added rather misleadingly that this figure includes “physical assaults,” though one assumes he understands that the report actually showed a large decrease in physical assaults.

I have no desire to let Trump off the hook for his very real flaws, and I am not nor have I been a Trump supporter or apologist. But the Jewish community’s assessment of the dangers of anti-Semitism should be based on documented facts, not ideology, emotion, partisanship, or panic. And the truth is this: The claim that anti-Semitic incidents increased 57 percent in 2017 is contradicted by the very ADL study on which that claim is based.

Recently, a court in Israel has convicted a 19-year-old American-Israeli Jewish man of making thousands of threats to bomb or attack Jewish schools and community centres.

[NOTE: “Jewish Institutions Use Taxpayer-funded Homeland Security Grants To Improve Safety After Threats.” Threats are reported as antisemitism, vandalism, etc. There is a monetary incentive to anti-semitism it seems.]

One thought on “Correcting the ADL’s False Anti-Semitism Statistic”