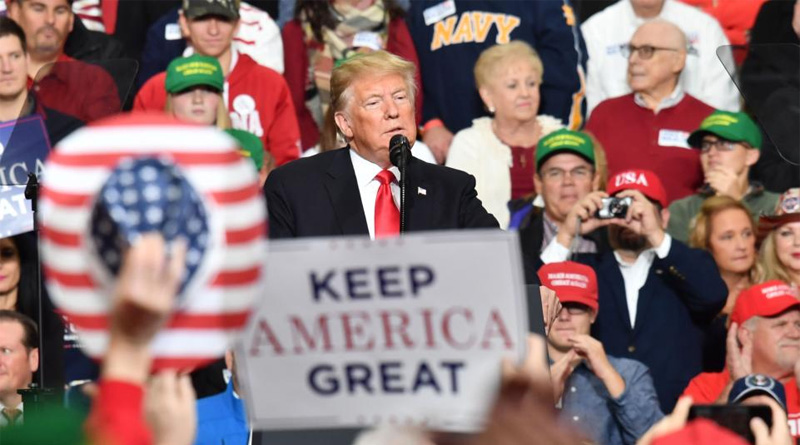 If you are looking to assign blame for the Republican loss of the House to Jews, Muslims, negros and other trash in the “Democrat” Party, I can suggest several culprits besides the obvious causes such as Black and Latino voter fraud, or the endless lies by “Democrats” of any stripe.

Since the election of President Trump, Paul Ryan has been the most devious, disloyal and treacherous “Republican” ever to serve in the U.S. House. He resigned the Speakership more than a year ago, but continues to remain in office solely to obstruct the efforts of both President Trump and any potential successor willing to actually carry-out the responsibilities of Speaker.

Ryan is a whore for the “Donor Class,” and sold his soul to the Chamber of Commerce, Wall Street, K-Street Lobbyists and “Establishment” idiots like the Koch Brothers. Those who own a piece of Ryan have one thing in common: They all want open borders so they can acquire inexpensive Latino gardeners and nannies.

Ryan has not provided even a hint of leadership in more than a year, and the inertia that characterizes his Speakership harmed a great many Republican House candidates in the 2018 mid-terms. In particular, their candidacies were damaged by Ryan’s refusal to support President Trump’s Border Wall, which was Ryan’s payoff to the wealthy donors who are his true “constituents.”

Other House Republicans are not without blame, either: Long ago, someone with a modicum of guts should have made a “Motion to Vacate the Speakership.” They might not have succeeded in retiring Ryan as Speaker, but at least Ryan would have received some well-deserved comeuppance for his disloyalty. Any of those who aspired to become Ryan’s successor could have demonstrated their leadership by performing this valuable public service.

There are other factors at work, of course: 80% of the middle-class received a tax cut in 2017, but according to a Rasmussen Poll, half are too stupid to recognize this fact. This is glaring evidence of the effects of Third World immigration and the breeding habits of mailbox-watchers, who have caused the average American IQ to decline from 100 to somewhere in the low 90s.

Meanwhile, Republicans increased their majority by several seats in the Senate, where federal judicial nominees and high-level administrative appointments must be confirmed. It also appears that the Republican Party gained a couple more Governorships, three-quarters of which are held by Republicans.

The good news is that once the American public gets a dose of the new “Democrat” Chairmen of House Committees –- the likes of Jerry Nadler, Adam Schiff and Maxine Waters — they will be struck by how much the House of Representatives now resembles that bar scene from the “Star Wars” movie, and will rectify the situation in November of 2020.