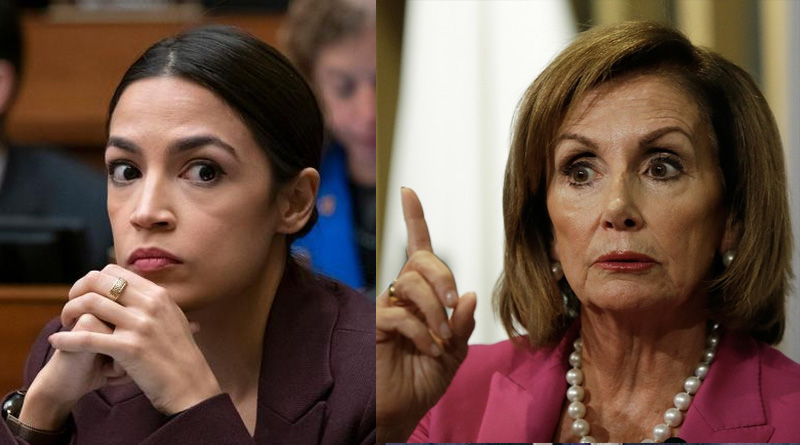 The beginnings of a race war are beginning to stir in the so-called “Democrat” Party that may cause it to self-destruct. This would be an event worth celebrating, since the modern “Democrat” Party has been the greatest obstacle to America’s national security and financial stability for 70 years.

When Kamala Harris attacked Joe Biden for opposing forced busing during the first televised Democrat Primary debate in June, it was the first instance of a phenomenon that will become more common in the months ahead. Being the dolt he is, Biden’s efforts to fend off her attacks were characteristically confused and ineffectual.

Now, that crazed ignoramus — Alexandria Ocasio-Cortez– has publicly denounced Nancy Pelosi as a racist because of Pelosi’s efforts to reign-in that loud-mouthed and dizzy communist representative from New York.

The truly delicious nature of these two events stems from the fact that denouncing Republicans as “racist” has been a routine strategy of “Democrats” for over 50 years. As a “Democrat” electoral strategy, false accusations of racism are almost as important as black and Hispanic voter fraud.

As more and more Hispanic and black “Democrats” scramble for power by denouncing the party’s white leadership, the party will be “hoist on its own petard” in a truly delicious and much-deserved example of poetic justice.

This was inevitable: A party consisting of communists, Muslims, homos, nigs, Jews, rabid feminists, illegal aliens and corrupt union bosses could not possibly hold together for long. These corrupt and traitorous groups were united primarily by their hate and willingness to lie, so training their viciousness on each other became inevitable.

My advice is for decent Americans to stock-up on popcorn and adult beverages, and then sit back and watch the fun for the next year-and-a-half.