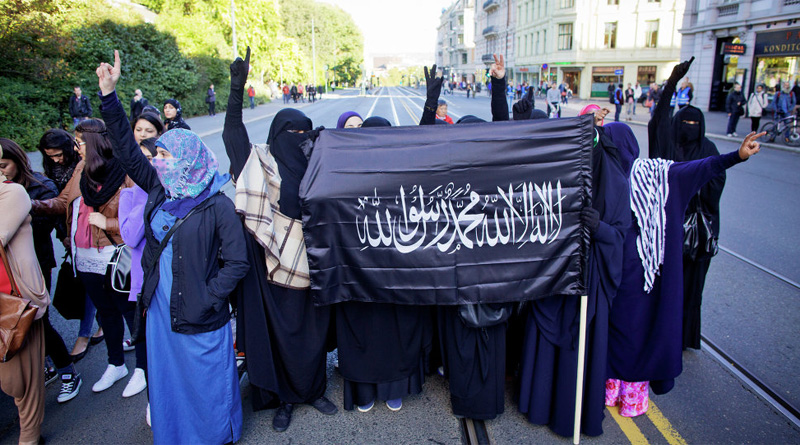 The article below is about the apocalyptic level of culturally-enriched violence in Grønland, a district of the city of Oslo.

Grønland is only two subway stops from the Parliament, and one from the Central Station, fairly close to the government offices that were bombed by Breivik.

It looks like Karachi, Basra, and Mogadishu all rolled into one. People sell drugs openly just next to the Grønland subway station.

It’s not Norway or Europe anymore, except when there is welfare money to be collected. The police have largely given up. Early in 2010 Aftenposten stated that there are sharia patrols in this area, and gay couples are assaulted and chased away. “Immigrant Fatima Tetouani says that ‘Grønland is more Muslim than Morocco.’”

Readers should remember that Aftenposten, which is the largest newspaper in the Oslo region, is normally pro-Islamic and very Multicultural.

Sturla Nøstvik (36) did not suspect any danger when the barrel of a pistol was smashed into his forehead. That was the beginning of fifty minutes of hell as a hostage of the robbers.

The women are being raped at night in Oslo, and the men are robbed more than ever.

In just the past ten years more than 4,000 people have been robbed in the town center and the area of the Grønland police station [an immigrant ghetto]. Most of them are young men. Sturla Nøstvik is robbery-victim 351 from Grønland just from this year, the same period in which around fifty assault-rapes have been reported in Oslo. The robbers play on fear, violence, and severe threats that leave a mark on the victims. Police superintendent Inge Sundeng in Grønland describes them as the “somewhat-forgotten victims”.

The police visited Sturla Nøstvik in the emergency room after the robbery. They told Nøstvik that a gang of robbers had committed many similar robberies in Grünerløkka and surrounding areas in thee past weeks. They told him that everybody should have the right to feel safe, but that they had no way of halting the robberies. “We have lost the city,” they said…

3 thoughts on “Norway: Oslo Police Declare “We Have Lost the City”… Islam Has Taken Over”