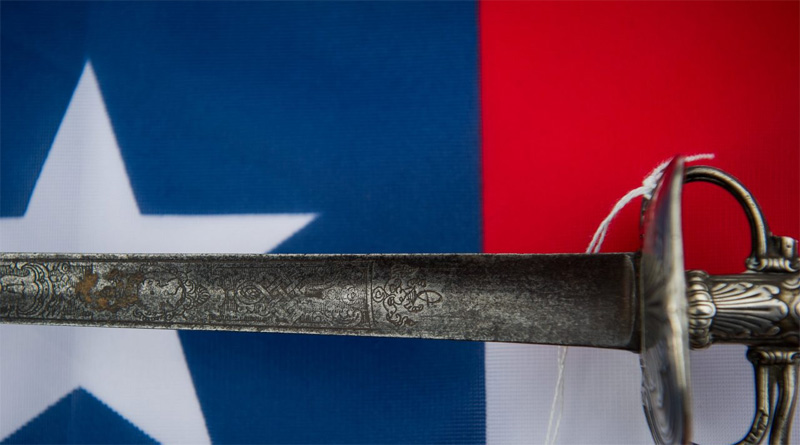 Meaning, residents walking around with swords and daggers will not be breaking any laws.

Watkins says, “like lawn care and chefs, or these traveling chefs going to festivals, and then your hunters that go hog hunting and carry a tougher knife than just your general public.”

The Amarillo Police Department said it does not expect many issues to come from the new law. APD’s Public Information Officer Jeb Hilton said a lot of complaints came in about the open carry law when it was enacted and that there would be big issues stemming from it, yet there wasn’t.

“Most people in Texas carry a knife,” Hilton says, “and it is going to be a little bit of a shock to see someone carrying a machete or sword around, but once the law gets out and people know that, that’s okay, I don’t think we will get a lot of calls on it.”

“Look at the open carry law,” Watkins said. “When they passed that, everybody thought it would be like the Wild West, but it isn’t and it’s going to be the same thing with this. It’s going to be people more comfortable about doing what they have already been doing.”

If residents plan on carrying, Hilton says he suggests looking into the law, in order to know where you can and cannot carry. He adds businesses have the right to ask people to leave, if carrying on their property.

“If there is a business that doesn’t want you carrying in there and asks you to leave, they can do that,” Hilton said. “That’s their right as a business owner. [APD] cannot come out and enforce anything other then making you leave. But, know where you are going to be going, especially if you’re going to be carrying a larger knife or sword.”

APD wants to remind the public that residents can call if they notice any suspicious activity with people carrying the weapons.

“If you see somebody and they are carrying a weapon in a non-threatening manner, there is probably no reason to call the police,” Hilton said. “But if somebody is out making a show, has the sword pulled out making threatening moves to people, definitely give the police a call.”

Minors will still be unable to possess knives over 5 1/2 inches unless they are in a car, watercraft or supervised by a parent or legal guardian.