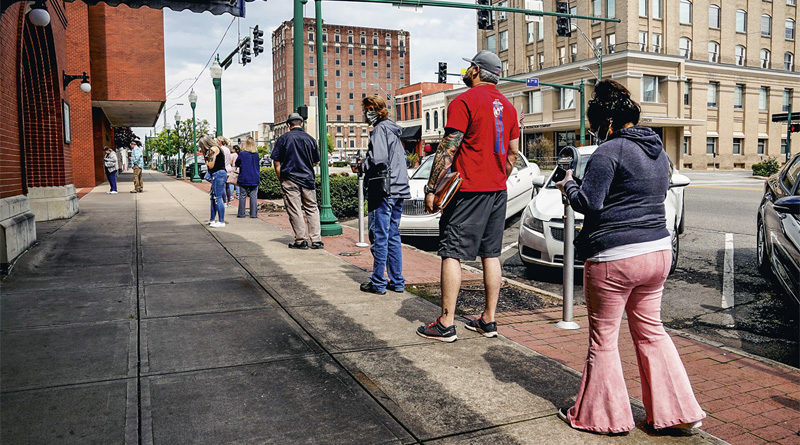 Millions of Americans are projected to remain jobless for the next three to four years, according to the Congressional Budget Office (CBO), though President Joe Biden is looking to fill American jobs with foreign workers.

In a report released this month, CBO analysts said the number of jobless Americans — all of whom want full-time jobs — will not return to pre-coronavirus levels until around 2024.

“As the economy expands, many people rejoin the civilian labor force who had left it during the pandemic, restoring it to its pre-pandemic size in 2022,” the CBO report states. “The unemployment rate gradually declines throughout the period, and the number of people employed returns to its pre-pandemic level in 2024.”

The CBO analysis projects that while the unemployment rate, which hides the number of total Americans out of the workforce, will return to an average of about four percent between 2024 and 2025. Biden, himself, admitted on camera that the U.S. would not be at “full employment” until 2031.

President Biden on new jobs numbers: “At that rate it’s gonna take 10 years before we get to full employment. That’s not hyperbole. That’s a fact.” pic.twitter.com/nlFGZ1JOEs

Before then, millions of Americans are projected to remain jobless though that has not kept the Biden administration from pursuing a labor policy that floods the United States labor market with millions of illegal aliens, foreign visa workers, and green card-holders.

At the U.S.-Mexico border, Biden has restarted the Catch and Release program, which frees border crossers and illegal aliens into the interior of the country while they await their asylum hearings. Previously, a series of cooperative agreements with Central America and the Remain in Mexico policy had effectively ended Catch and Release, drastically cutting asylum fraud.

Many of those border crossers and illegal aliens will hunt for mostly blue-collar American jobs that otherwise would go to Americans.

Similarly, Biden has suggested he will surge refugee resettlement to the U.S. by 2022, seek an amnesty for nearly all illegal aliens, and block reforms to various visa programs while seeking an increase in legal immigration levels.

The Immigration and Customs Enforcement (ICE), which helps protect the U.S. labor market by enforcing federal immigration law, has been crippled by Biden’s orders that attempt to halt deportations and only prioritize the arrest of illegal aliens who are terrorists, national security threats, or convicted aggravated felons.

The initiatives are being cheered by Wall Street, Big Tech, and corporate interests who can boost profit margins by cutting the cost of U.S. labor via a flooded labor market.

Today, there are more than 17 million jobless Americans and another six million who are underemployed. All want full-time jobs with competitive wages and good benefits.

Every year, about 1.2 million legal immigrants are awarded green cards to permanently resettle in the U.S. and eventually apply for citizenship. In addition, another 1.4 million visas are given out annually to foreign nationals to take U.S. jobs, while 11 to 22 million illegal aliens currently live in the country.