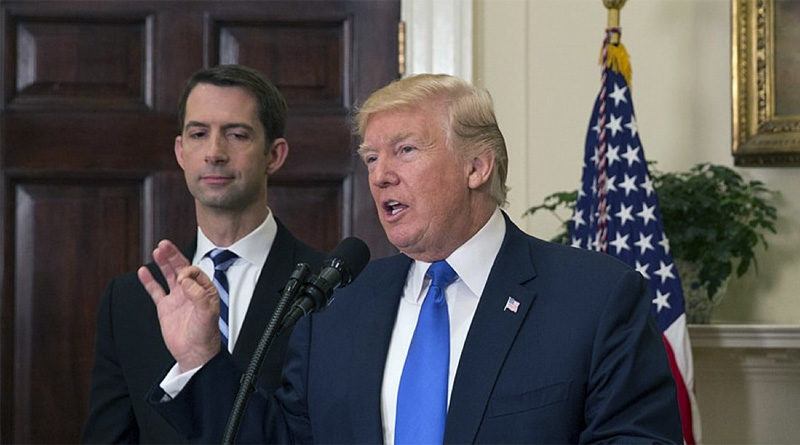 Friday on FNC’s “The Ingraham Angle,” Harvard Law professor emeritus Alan Dershowitz explained why some of the tactics used by Rep. Jamie Raskin (D-MD), one of the House managers in former President Donald Trump’s impeachment proceedings, were not grounded in a constitutional basis, and were “political theater,” as he put it.

Dershowitz also said Trump did the right thing by declining to testify at the impeachment trial.

“It’s all my fault,” he said. “I was Jamie Raskin’s first-year criminal law teacher. And he must have learned it in my class. Of course, I taught exactly the opposite. Only if you take the Fifth Amendment and you refuse to answer on the ground that a truthful answer might tend to incriminate you can you draw a negative inference. But if he hasn’t been subpoenaed and he doesn’t believe that the Senate has jurisdiction over a former president, and he’s right about that, and he believes they have no jurisdiction over a constitutionally protected speech, and he’s right about that, he’s right not to testify. You can’t draw any kind of a negative inference.”

“This is political theater,” Dershowitz continued. “And the reason I’m not a lawyer, in this case, is I’m neither an actor nor a politician. And it’s just showboating. They wrote the letter in order to get the president to say no, which they knew he would do, and then to be able to say, see, he wouldn’t testify, so he must be hiding something. He did the right thing by not testifying. He ought to defend himself solely on constitutional grounds. The Senate has no jurisdiction. Quote James Madison. James Madison in ‘Federalist 37’ said only a sitting president can be impeached, not one who has already left office. And the text of the Constitution supports that conclusion. And the brief that Jamie Raskin wrote said the First Amendment is not at all, at all underlined, relevant in the impeachment proceeding. In other words, you can use one part of the Constitution, impeachment, without being bound by the other part of the Constitution that says Congress shall make no law abridging the freedom of speech. I have to tell you, it’s a C- brief with grade inflation.”

“He’s a bright guy. He’s just very partisan. And he doesn’t understand the long-term implications. The short-term benefits to him are to get rid of Trump for the future. But the long-term harm to the First Amendment and the Constitution is incalculable.”