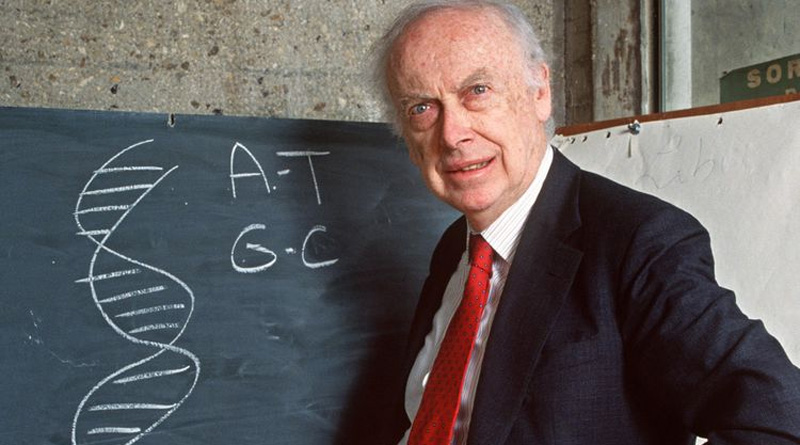 Proving that Cultural Marxism has profoundly infected scientific inquiry, a Nobel Laureate responsible for the single greatest scientific discovery in the history of mankind — the molecular structure of DNA — has been attacked for telling an empirically verifiable FACT about race and IQ.

Much like Galileo before him, Dr. James Watson – who shared the 1962 Nobel Prize in Medicine for discovering the molecular structure of DNA – has been roundly denounced and stripped of his academic titles and responsibilities for stating in a BBC interview that average black IQs are not comparable to those of whites.

In a new BBC documentary, “American Masters: Decoding Watson,” he states: “There’s a difference in the average between blacks and whites on IQ tests. I would say the difference is…genetic.”

This statement followed an earlier furor In 2007, when Watson was quoted as saying he was “inherently gloomy about the prospect of Africa (because) all our social policies are based on the (notion) that their intelligence is the same as ours – whereas all the testing says not really.”

Cold Spring Harbor Laboratory – where Watson has been a fixture for decades — relieved him of all his administrative responsibilities after the 2007 controversy. He remained an honorary figurehead, but now he has been stripped of even those titles. In a Press Release, Cold Spring Harbor Lab stated:

“Dr. Watson’s statements are reprehensible, unsupported by science, and in no way represent the views of CSHL… The Laboratory condemns the misuse of science to justify prejudice.”

This is an interesting statement coming from an ostensibly “scientific” enterprise, since there are over 600 empirical studies proving a 15-point disparity favoring whites over blacks in average IQ levels in the U.S. This phenomenon has been demonstrated many times and in many ways, but it has become a fact that dare not be uttered.

Cultural Marxism’s “long march through the institutions” did not leave science untouched: These charlatans have made it their priority to attack and destroy anyone who rejects their imposed orthodoxy of political correctness. They subvert any endeavor that produces results undermining their quest for a one-world socialist government, reminiscent of 1984 or Brave New World.

The usual suspects tried to dismiss Dr. Watson’s candid remarks as those of a senile old man, who has “lost cognitive inhibition,” as some Cold Spring spokesman — aptly named “Wigler” because he’s a worm — stated to the pathological liars at the NEW YORK TIMES.

We at the CofCC interpret the motivation for Dr. Watson’s remarks quite differently: At this late stage of his life, this colossus of scientific discovery is finally free to tell important truths that have been censored, but which everyone knows to be true. He no longer is concerned with the consequences, and feels no need to pay homage to the “political correctness” demanded by Cultural Marxists masquerading as “scientists.”

One thought on “Nobel Laureate Vilified by Science-Deniers”