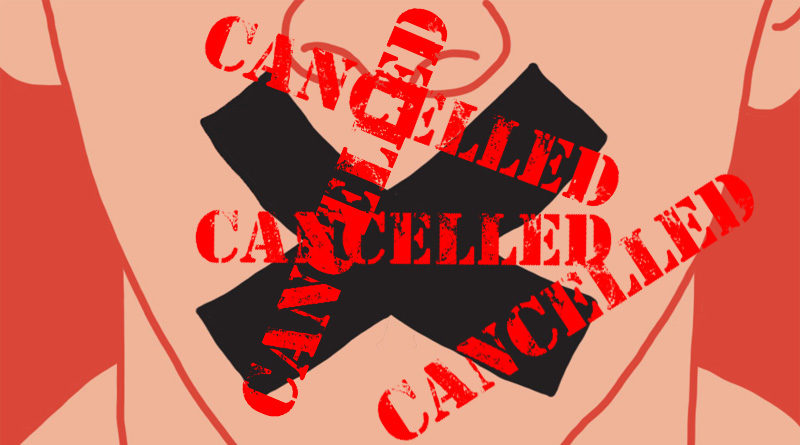 In the past two months, Black Lives Matter advocates issued some really nasty statements about America culture. Yusra Khogali, co-founder of BLM said, “Whites are sub-human genetic defects.” She demands that Americans “Defund police departments” across this country. She chooses insurrection against the U.S. Constitution over the rule of law. Every ‘right’ she denounces stems from that document, but she wants to destroy it in order to bring about another culture such as Somalia, Sudan, Congo or Ethiopia. Please note that those countries wallow in misery, poverty, illiteracy, starvation, rapes, murders and mayhem for virtually all their citizens.

The “Cancel Culture” movement celebrated by liberals wants to degrade America’s culture to bring it in line with say…India, Indonesia, Morocco, Pakistan, Bangladesh and/or any other failed states in the world. In other words, no rule of law applies to leaders or citizens of those countries. It’s sheer, brute power in those countries.

Ironically, over 1,400 Black on Black murders manifested in Chicago, Washington DC, Atlanta and Baltimore in 2019. African-American mayors dominate those cities, but spoke not a word over that many killings that have been going on year after year. But with one police officer killing of George Floyd, now it’s America’s ‘culture’ that must be cancelled.

As to Chicago, a city where I worked in the 1980’s and 1990’s, U.S. Senator John Kennedy (R-LA) said, “Chicago is now the largest outdoor shooting range in America.” Reporters call it “Chi-raq” because more Black people have been killed in the streets of the city than soldiers in Iraq. On any given weekend, from 50 to 114 shootings occur with over a dozen deaths, some of them children. Can African-American Mayor Lori Lightfoot stop the violence? No! Instead, she wants to defund the police.

In the past month, Mayor Bill De Blasio of NYC decided to cut his police department by $1 billion. Because the police and National Guard could not stop the looting and burnings in the past month from BLM and Antifa anarchists, the Big Apple faces total economic breakdown. Yet, he celebrates “Cancel American Culture.”

Right now, in this country, Antifa filled with zealot anarchists wants to burn down America and then, well, replace it with their style of lawlessness, which as you know, means no law and order.

Can we compare the kind of civilization and culture created in America by the U.S. Constitution with any culture and country in Africa, Iraq, Pakistan, China or India? Which country would you choose to live your life? Which country would afford you the ability to become educated, with free choice of job and choice of your life path? Good luck with that!

Right now, in America the “Thin Blue Line” of law enforcement keeps us just one step ahead of all those countries in Africa. While a certain percentage of African-Americans curse their existence in America, you will not see a single one of them migrating back to their home continent. In fact, over 1.5 million immigrants pour into our country annually, year after year, decade after decade.

While you see BLM tearing down monuments to the past, you won’t see them building monuments to the future. They seem to be in a blind rage over their own historical culture of violence which manifests daily in Africa and other third world countries.

While you see a semi-literate LeBron James making millions, but advocating racism and/or a Colin Kaepernick calling all white people racists—you won’t see either man migrating back to their home continent.

In other words, American culture promotes the most personal opportunities for every race, creed and color on this planet. It is the most culturally diverse system and the very best that humanity has seen in the bloody history of the human journey.

Yes, the 1st Amendment encourages free expression. And, at times, it’s a messy business to be able to speak your mind. But would LeBron James or Kaepernick choose Somalia as a choice for home? Because that’s their roots! Would BLM like to burn and loot in the Congo or Sudan to advocate for equal rights? First of all, they would be starving to death from lack of food.

At some point, we Americans need to instill in our youth, especially our minorities, the fact that they live in the healthiest, cleanest, with the most personal freedom and politically creative “culture” on this planet. In other words, it doesn’t get any better than the United States of America. If a person wants to gripe, instead of burning down the past or looting against the future—try organizing a group of like-thinking persons and change the monuments peacefully. Stay in school to educate yourself so you won’t become a felon, drug addict, woman abuser and porno star like the late George Floyd.

Instead of growing up illiterate, stay in school to educate yourself and become a meaningful contributor to American culture and society. It’s a whole lot better to become a UPS or Fed-Ex driver than a felon. It’s much better to become a sports star who stands up for Old Glory rather than stomping on our national flag. It’s so much better to get married and come home to your kids and family rather than inhaling or injecting drugs on a street corner.

This is America. You’ve got choices much better than BLM or Antifa. How about taking your anger out by building up America rather than tearing her down?

Does this sound like a better plan? Can we educate our kids toward a more positive future? Can we change toward an “American Future” rather than a BLM or Antifa future? Anybody want to support law enforcement across America rather than “Cancel our culture”?