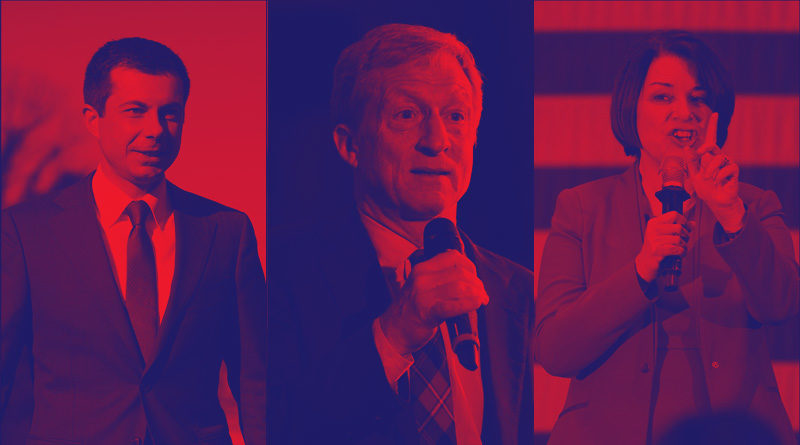 In the past, I’ve often written about the enormous hostility directed at Donald Trump by leftist Jews and their allies in the Jews’ Media. Their unprecedented hatred is best understood in this manner: President Trump’s election seriously derailed their scheme to convert America into a socialist and Zionist Occupied Government.

Following the damage done to the economy and our national security after eight years of the Obama Administration, leftist Jews could almost taste and smell victory in their 100-year quest to hand-deliver America into the clutches of the international socialist orbit.

One hint that leftist Jews have “doubled-down” on socialism and will never abandon their quest is evident in the fact that at least five Jews entered the “Democrat” Primary for president. They are Crazy Bernie Sanders, Amy Klobuchar, Mini Mike Bloomberg, Pete Buttigieg and Tom “Liar” Steyer.

All five are also on the extreme left of the political spectrum, and all are power-hungry, to boot. They seem to recognize their objective is best effectuated from the Oval Office, where they must reverse the policies of President Trump in order to salvage their derailed quest.

One thing these five “Democrats” did not count on in their campaigns is the fact that most blacks are not big fans of the Jews. Few blacks are as candid about their attitudes as we “paleo-conservatives” tend to be, but in private, some are harshly critical of them. Blacks are the “Democrat” Party’s most loyal constituents, so this is significant.

I rehabbed and rented property in an all-black area of north St. Louis for 30 years, and was privy to many of their attitudes. Even some blacks who didn’t seem to bear any racial animosity toward anyone else would occasionally utter disparaging comments regarding “the Jews.”

I’m not sure that many could have coherently described just exactly who the Jews are, but their attitudes appear to have been cultivated by their personal dealings with the pawn-brokers, landlords, owners of food-shops and rental companies in black areas that were often owned by Jews during the post-war era.

Blacks are children in many respects, and they will always insist on resolving any dispute in a manner most advantageous to themselves. This characteristic isn’t conducive to engaging in commerce with Jews, because they were often held to the original terms of their agreement by Jewish merchants.

This probably accounts for most of the black hostility directed at Jews, because any business owner who held blacks to the actual terms of their agreement was assumed to be cheating them or “ripping them off.” Blacks are often genuinely incensed at being forced to live up to their own agreements, and embittered by such an experience.

Crazy Bernie, Tom Steyer, Amy Klobuchar and Pete Buttigieg all did poorly in the South Carolina Primary. The poor showing of these four may well be attributable to their being Jews. Mini Mike Bloomberg did not participate, but would have done even worse.

Meanwhile, the rump-ranger — Pete Buttigieg — is not only Jewish, but queer as well. That’s another characteristic that didn’t endear him to South Carolina’s black voters, whom we are told make up 60% of “Democrats” in South Carolina.

Buttigieg, Klobuchar and Steyer are now out of the race, which leaves only two Jews remaining in the “Democrat” Primary who are still in a position to pursue their goal of converting America into another Venezuela.