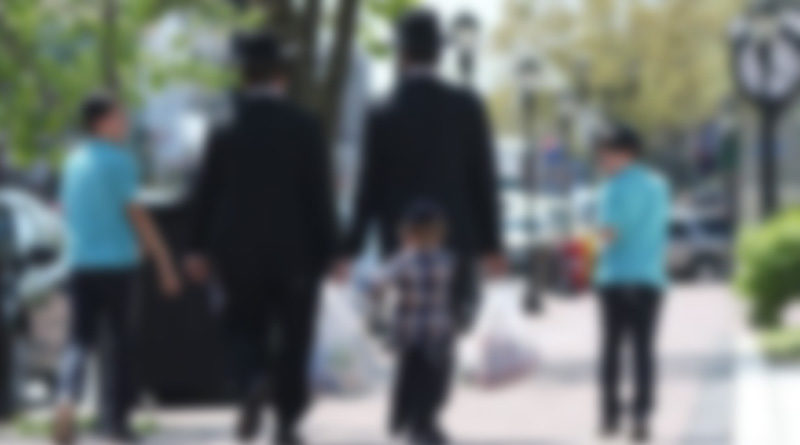 Tel Aviv — It’s a tense stakeout, waiting for Jimmy Julius Karow to appear. He is a wanted man and is considered dangerous. Accused of sexually assaulting a 9-year-old girl in Oregon in 2000, he fled to Israel before authorities in the U.S. could apprehend him or figure out where he went.
Karow has been running from U.S. law enforcement ever since. Currently INTERPOL, an inter-governmental policing organization that works with 194 countries, has a Red Notice to alert police worldwide that he’s a fugitive, CBS reported on Wednesday.

Two years after he fled the U.S., Karow was convicted by an Israeli court of child molestation in a separate case. He served time and was released. Now another alleged Israeli victim has come forward, saying he began abusing her when she was 5-years-old, and continued for years.

Karow has successfully evaded authorities by moving between communities in Israel for almost two decades, and he is not alone.

A CBS News investigation has found that many accused American pedophiles flee to Israel, and bringing them to justice can be difficult.

Jewish Community Watch (JCW), an American organization that tracks accused pedophiles, has been trying for years to find Karow and help bring him to justice.

JCW says Karow and other wanted men and women have been able to exploit a right known as the Law of Return, whereby any Jewish person can move to Israel and automatically gain citizenship.

Since the small organization started tracking accused pedophiles in 2014, it says more than 60 have fled from the U.S. to Israel. Given its limited resources to identify these individuals, JCW says the actual number is likely much larger.

“The same thing that is going on in the Catholic Church right now around the world, the exact same thing is happening in our community,” JCW’s founder Meyer Seewald told CBS News. “The cover-ups are the same, the stigma, the shame.”

Seewald says tightly-knit Jewish communities across the U.S. will sometimes meet accusations against a member with incredulity, and that can have a chilling effect.

“Everyone goes and surrounds this individual and supports him because they can’t believe a person can do such a crime. They take the abuser’s side and the abuse continues,” Seewald says. “They put him in another community. A few years later, he’s done the same thing and we hear more allegations that the person is abusing children. Victims don’t want to come forward when they see that.”

JCW says the majority of its cases originate from modern Orthodox to Ultra-orthodox Jewish enclaves in the U.S., but that it happens across the wider Jewish community. Because perpetrators can’t be held accountable unless victims come forward, many cases are believed to go unreported. To try to get them out into the light, JCW holds awareness events across the U.S., and offers victims of sexual abuse advice and emotional support.

The Jerusalem Post revealed “another alleged sex offender mentioned in the CBS report is Mordechai Yomtov, who pleaded guilty in 2002 to abusing three boys before fleeing to Israel.

JCW was able to track him down in Jerusalem, where he is living illegally, and spoke to him while recording him with a hidden camera.

Unlike Karow, Yomtov, asked forgiveness from his victims in the televised report.”

“I’m very, very sorry,” he said, “I hope that God will help every single person who went through this. Please forgive me.”

“Yomtov did not admit to any wrongdoing in the case of Mendy Hauck, who was allegedly abused as an eight-year-old when Yomtov worked as a Hebrew teacher. The reported offenses took place in 1999.

Police arrested Yomtov in 2001 for sexually assaulting three other boys, aged 8 to 10, at a Los Angeles cheder (religious school for boys). According to the Forward, He pleaded guilty, served a year in jail and was required to register as a sex offender. Once freed on probation in 2002, however, Yomtov fled the US via Mexico, where he was able to continue fleeing to Israel with a fake passport. He remains at large to this day,” FEBRUARY 20, 2020, Jerusalem Post Staff

If JCW was able to track both men down, it is unclear why both US and Israeli law enforcement could not.

3 thoughts on “CBS Report: How Jewish American Pedophiles Hide from Justice in Israel”