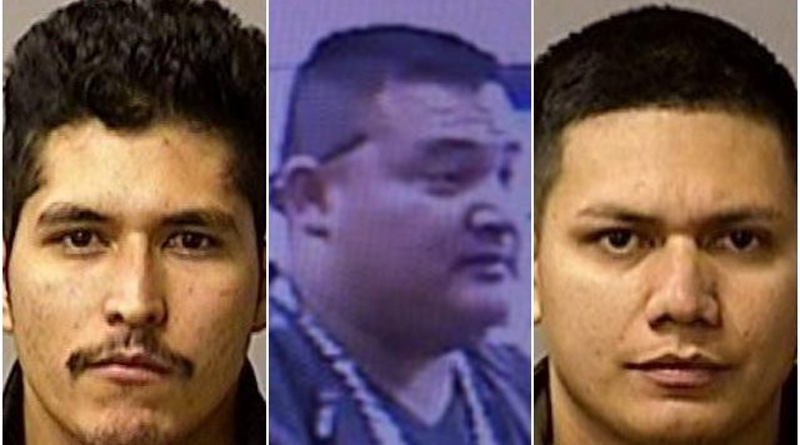 (This sad tale illustrates the best of American immigrants and the worst of them, and it reveals the best and worst of their motives for immigrating to America. The contrast could not be more obvious.)

A Newman, California police officer was murdered by an illegal Mexican immigrant and gang-member early Wednesday morning, following a traffic stop that occurred less than an hour after Christmas Day.

Killed in the line of duty is 33 year-old police officer Ronil (“Ron”) Singh, an officer with the Newman Police Department since 2011. Corporal Singh was a LEGAL immigrant from Fiji, who is survived by his wife and infant child.

California and federal law enforcement authorities immediately began a statewide manhunt for the culprit, which ended successfully on Friday, December 28 with the suspect’s arrest in Bakersfield.

The suspect taken into custody by law enforcement is a fat, greasy ILLEGAL Mexican gang-member, with two DWIs. His identity was originally withheld by authorities, but police have now identified him as Gustavo Perez Arriaga of Mexico.

Arriaga’s brother, Adrian Virgen, 25, and coworker, Erik Razo Quiroz, 32, were arrested Thursday for accessory after the fact to a felony. Virgen was arrested in Hanford and Quiroz in Modesto, Christianson said.

Just before 1 a.m. Wednesday morning, Corporal Singh initiated a traffic stop in Newman for a driver suspected of being intoxicated. He called in a description of the vehicle – a silver Dodge Ram pickup with paper plates from AR Auto – as he pulled over the vehicle.

Only a few seconds later, Corporal Singh called in shots fired. A number of deputies from Stanislaus and nearby Merced counties responded to his call, where they found Corporal Singh gravely injured and the suspect’s vehicle gone. Officer Ronil Singh was later pronounced dead at a nearby hospital.

By Wednesday afternoon, the suspect’s truck was found in a trailer park outside the City of Newman, but the suspect was long gone. He was on the lam for two days, and received assistance from several others in his attempted flight to Mexico. Several “loyal” Americans of Hispanic heritage have been arrested as accessories after the fact.

At a highly emotional news conference on Thursday, December 27, Newman Police Chief Randy Richardson remembered Corporal Ronil (“Ron”) Singh as an “American patriot” who came to the U.S. to become a police officer and who loved his wife and 5-month-old son dearly.

Excerpts from Chief Richardson’s press conference are reprinted below:

“…Ron was born in Fiji. He came to this country with one purpose and that was to serve this country… he came to America to become a police officer. That’s all he wanted to do. He truly loved what he did…

But don’t forget the other things, the little things that are oftentimes forgotten in these stories. That he will never hear his 5-month-old son talk. He will never see his son walk. He doesn’t get to hold that little boy, hug his wife, say goodnight anymore BECAUSE A COWARD TOOK HIS LIFE.”

Officer Ronil Singh’s death will not have been in vain if it succeeds in getting President Trump’s wall built along the Mexican border. If that were to happen, it will greatly reduce the likelihood of another Gustavo Perez Arriaga being able to enter the U.S. illegally.

3 thoughts on “A Tale of Two Citizens”