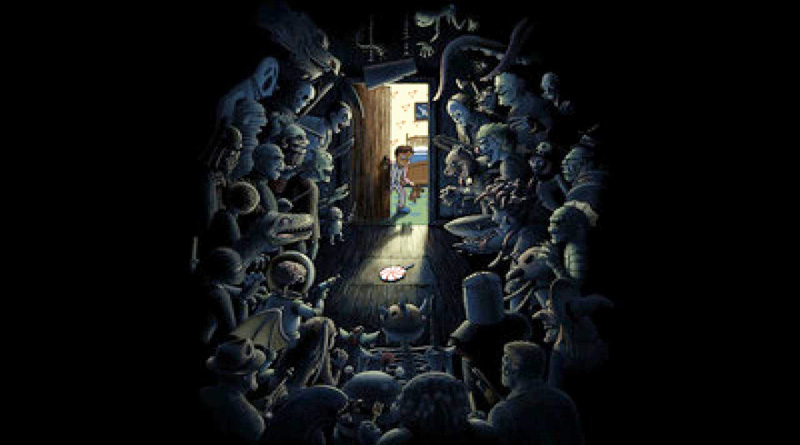 In 2004, Indian director M. Night Shyamalan released the film The Village. This inventive offering was not very popular, probably because it required the audience to actually think. In any event, in the rustic village of Covington –- apparently located in rural Pennsylvania in the early 1700s — a group of about 60 souls live peaceful and happy lives, devoid of conflict and absent any external invasions. However, we soon learn that the town exists within the context of a terrible curse, for it is surrounded by deep woods haunted by murderous monsters.

We also learn that the villagers have reached an accord of sorts with these monsters. As long as no resident of the Village crosses the borders and enters the woods, they are left in peace. Of course, this means that none may leave Covington without arousing their ire and its hideous consequences.

Early on, a young man determines (as is the way of youth) to challenge this taboo, and although he soon returns to the safety of the village that evening, a group of the fiends later appear, terrifying the residents who catch glimpses of their monstrous forms through gaps in their window shutters. In the morning, deep scratches are found on the door of the young man’s family home. Obviously, we are led to believe that there can be no more such challenges to the creatures, that is until a young man is badly injured and requires, of all things, an antibiotic. The rest of the film involves the sending of a blind young woman through the wood to the modern world outside and surrounding Covington to retrieve the needed medical supplies.

While the film’s interesting concept involves the efforts of people badly wounded by modernity to re-establish a sort of colonial “Eden,” that is not the point here. What is the point is that the “monsters” that frighten the residents into remaining in Covington are nothing more (or less) than some of the founding members of that same community, who masquerade as monsters to discourage its residents from leaving. We are also led to believe that, as each new generation comes of age, the leaders will choose some to take their place in this service! It is a matter, so to speak, of “useful monsters.”

The concept of “useful monsters” is as old as man himself. Though often hidden away, just as in Covington, as soon as a crisis arises, such “monsters” are resurrected to frighten people back “into the fold.” Frequently the monsters are historical in nature. For instance, for many years Cato the Elder ended all of his speeches in the Roman Senate — no matter what the subject matter! — with the phrase “Furthermore, Carthage must be destroyed.” Carthage had devastated Rome under Hannibal and the Romans, including Cato, had long memories! So even after Hannibal was gone, the Romans whistled up the monster Carthage until they finally sacked that city and salted its fields to prevent it rising again.

These “useful monsters” become valuable in societal efforts to achieve desired ends—as the monsters of Covington kept its residents from learning the truth of their situation and choosing to leave the Village. But more often, real groups — no longer powerful or even extinct — are conjured up for this purpose. Consider the National Socialist party, or the Nazis. The horrors of Nazism are legendary and to call someone a “Nazi” is to denounce them as the personification of wickedness. Thus, although real NAZIs are about as rare as unicorns, the National Socialist Party becomes a “useful monster” for embarrassing and bullying critics of the establishment into silence.

Another useful “monster” carries a name that is only slightly less hated—the Ku Klux Klan. Like the National Socialist Party, the Klan did exist: Indeed, it still exists—or so we are told! Yet, for a considerable period of time, the Klan was an august American institution with chapters all over the country. Men of importance such as Democrat President Woodrow Wilson and Democrat Senate Majority Leader Robert Byrd of West Virginia openly held high office in the Klan. However, with the rise of the civil rights movement in the 50s, the Klan was adjudged a “monster” and became overrun with FBI Agents to a point that its actual members were outnumbered by government snoops. Yet, like the Nazis, the Klan is a useful monster that serves to silence dissent in racial matters.

Both “monsters” are summoned to silence critics of leftist groups and their agendas. The left can be seen as a triumvirate: the non-government left consists of “liberals” or “progressives” found in academia, the law, business, the news media, Hollywood and other non-government sectors. The government “left” consists of federal employee unions, bureaucrats and lobbyists, as well as a host of politicians and government contractors. The third leg of the triumvirate consists of various minority groups, especially blacks, Hispanics and Muslims.

As the first two groups contain large numbers of Jews, any criticism of that group results in the critic being called a Nazi. For the third group given their racial and religious makeup, “the Klan” becomes the monster of choice. Of course, the fact that such critics have nothing to do with either entity doesn’t matter. The claim is enough: Indeed, the more accurate the criticisms of a political enemy, the more furious the attack of the leftist cabal when summoning useful monsters.

But these monster attacks aren’t limited to mere rhetoric. Recently, there were demonstrations in Charlottesville, Virginia against efforts to remove local Confederate monuments. Since it has become increasingly clear to the left that ordinary Americans are sick of its cultural vandalism — and knowing that Black Lives Matter planned to “counter-demonstrate” — it was apparently decided that it would be timely for those useful monsters to appear. The Klan was thus summoned, in hopes that white demonstrators would stay away in order to avoid any guilt-by-association with them.

The Left is not stupid, although its rank and file are. To work up sympathy for people who are anything but sympathetic, it was hoped that the appearance of the “actual” Klan (robes and all) would garner sympathy for the black counter-demonstrators. So dutifully, and rather oddly, the Klan announced its intended participation in the Charlottesville pro-Confederate monument demonstration.

But despite some arrests, the actual appearance of this “useful monster” did not have the hoped for impact. Indeed, there was considerable speculation that that it was a scheme intended to “prove” to ordinary folks that the members of Black Lives Matter were merely besieged black folks, only moments away from Jim Crow and the rope!

However, there is considerable suspicion that “the Klan” in Charlottesville was an ally of BLM and its agenda, rather than its enemy! After all, even “useful monsters” lose their value when they no longer frighten us, especially when we discover that they, like the monsters of Covington, are just a hoax.