David Berger, Commandant General of the Marines, prioritized for “immediate execution” the banishment of objects representing the Confederacy in response to a congressional hearing on the rise of extremism in the military, according to Military.com.

The directive was part of a memo sent by Berger to the assistant commandant of the Marine Corps Gen. Gary Thomas, a Marine official told Marine Corps Times Wednesday. 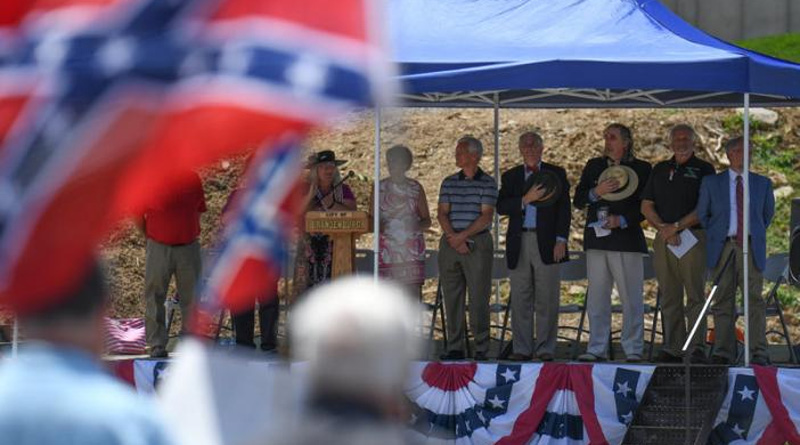 The memo included several other items for “immediate action,” including directives on increased gender integration and potential changes to the Corps’ maternity leave policy, which Berger announced on Friday through Twitter.

“Last week, the Commandant of the Marine Corps directed specific tasks be reviewed or addressed by Headquarters Marine Corps staff,” Marine spokesman Maj. Eric Flanagan told Task & Purpose Wednesday. “Many of the tasks were published on Twitter Friday. Other tasks not published previously are mostly administrative matters.”
In recent years tensions over the Confederate flag and symbols have heightened. Activist groups have called for the removal of Confederate monuments on government property, claiming that the U.S. government should not celebrate leaders of a rebellion meant to save slavery.

Others argue that taking down monuments is erasing history ― and is muting and forgetting the hard-fought Civil War battles between the North and the South.

The Army currently has 10 installations named after Confederate leaders, Army Times previously reported, and the Navy has had several ships named in honor of the Confederacy, including the still active guided-missile cruiser Chancellorsville.