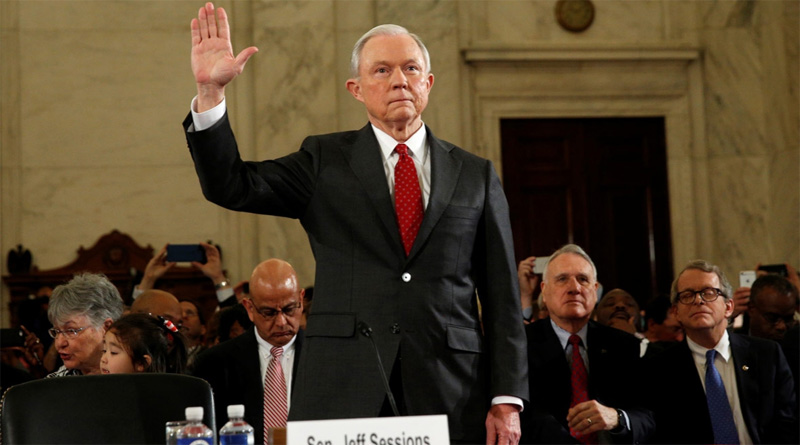 Republican Alabama Rep. Mo Brooks claimed during a Tuesday radio interview that Democrats who strongly criticize attorney general nominee and Republican Alabama Sen. Jeff Sessions are motivated to do so by their party’s “war on whites” agenda.

As first reported by CNN Wednesday, Brooks told a local Alabama radio host that Democrats are trying to paint Sessions as a racist because it aligns with their political goals.

Brooks went on to defend Sen. Sessions’ voting rights record and argued Democrats are misrepresenting the nominee’s stances as a political “tool” to scare their voters.

“It’s really about political power and racial division and what I’ve referred to on occasion as the ‘war on whites.’ They are trying to motivate the African-American vote to vote-bloc for Democrats by using every ‘Republican is a racist’ tool that they can envision,” he declared. “Even if they have to lie about it.”

Tuesday was not the first time Brooks caused controversy by saying there’s a “war on whites.” During an August 2014 radio interview with Laura Ingraham, he said President Obama and his party wage a “war on whites” to win votes among minority voters.

“This is a part of the war on whites that’s being launched by the Democratic Party,” the congressman said at the time. “And the way in which they’re launching this war is by claiming that whites hate everybody else. It’s a part of the strategy that Barack Obama implemented in 2008. He did it again in 2012, where he divides us all on race, on sex, greed, envy, class warfare, all those kinds of things.” (RELATED: Alabama Congressman: Dems Waging ‘War On Whites’)

Ingraham disagreed with Brooks’ words and said the war claim was “a little out there.”

In spite of a swift backlash against his comments, the Alabama Republican doubled-down on them and further asserted that whites are the only race that can be “lawfully discriminated[d] against.”

4 thoughts on “GOP Rep: Attacks On Sessions Are Part Of Democrats’ ‘War On Whites’”