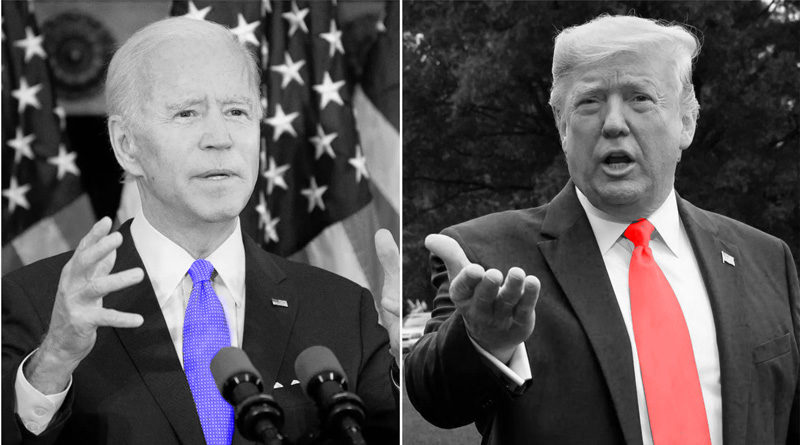 Never have we seen so many cities being burned, looted and trashed! Worse than that, those cities enjoy democrat mayors and governors that enable such anarchy in this country. Never have we seen such racial strife or support of such violence.

For Joe Biden, 47 years in Congress and VP for eight years…not once has he offered bills or created a bill or a discussion to solve America’s problems. In fact, everything he’s done in nearly five decades did nothing for the American people. He proved with the Boblulinski Report on Tucker Carlson last week, that this is Biden’s most scandalized moment in 2020. If you haven’t heard it, now’s the time:

If you’ve read his platform, he promises to turn our borders into a welcome mat for the world’s refugees. He will gift amnesty to 25 million illegal aliens from the past and those streaming into our country during his tenure in the White House. He will give all DACA recipients a free pass into our welfare system. He will tear down 400 miles of the Wall.

Biden promises to place Muslims at all levels of power in his chain of command if elected president. The problem: look at the beheadings, fear and terror now going on in Europe as their numbers grow…their terror acts increase exponentially. Remember that Sharia Law stands in direct confrontation with 21st century Constitutional Law. That barbaric law does not conform with a free society.

Islam proves ugly, frightening, parasitic, violent and inhumane on multiple levels, i.e. 20,000 honor killings of women annually according to the United Nations report. It advocates for female genital mutilation of girls under nine years of age. It mandates, “Convert or kill all non-believers” in the Quran. It’s a beast of a religious-economic-political nightmare for anyone who enjoys women’s rights, children’s rights, animal rights, free speech, choice of religion, choice of dress and choice of spouse. If Biden wins, he will give Islam more power to overwhelm America.

He promises to raise taxes dramatically to pay for healthcare for all, including illegal aliens at 25 million of them according to the 2018 Yale Report. Biden promises to bring socialism to a new level in America. What does that mean? Answer: it means that Americans who work, save and produce will be giving their money to those who drop out of school, who fail in personal accountability and responsibility, and who think they are entitled to a “free ride.” We already pay for 40 million Americans and illegals riding for free on their EBT cards…Electronic Benefits Transfers, i.e., food stamps and freebees for doing nothing.

Biden does not have a plan to stop Covid. If he’s lucky, he might escape dying from it himself. For certain, at 78 years of age, he’s frail, with onset dementia, often talks in a fog, falls asleep during interviews, and he most likely will become exhausted within three months…and then, Kamala Harris will assume the presidency. She’s even more angry at America and more drastic!

Finally, Biden stands as a preeminent pathological liar. He has lied so often in his forever Congressional career that he doesn’t know the truth from a lie. He’s corrupt, yet pretends integrity. He lies, but espouses truth. He’s pathetic but pretends to unite the American people. He was a sycophant to Obama and he’s pretty much a bootlicker to money for himself and his family members. If he doesn’t win, BLM and Antifa promise massive violence across the country. They will have to be crushed by every state’s National Guard. If not stopped, they could send a death knell upon our Republic.

At the same time, he’s accomplished more in managing America, created a fantastic economy, and pulled up all races toward better jobs and abundance. He’s also trashed more of our environmental laws. He does not understand “catastrophic climate destabilization”, but the rest of the world isn’t really doing squat to save the planet from carbon footprint, either. And, we’re way below China and India as to fossil fuel burning.

He stopped massive immigration from terrorist countries out of Africa and the middle east. He has not enforced US Code 8, Section 1324 to stop illegal immigration at its base. But neither has Congress for 40 years! In the end, he may be America’s last great hope for stopping the anarchy, mayhem, looting, burning and destruction of the core of American society.

If not, we’re all screwed.