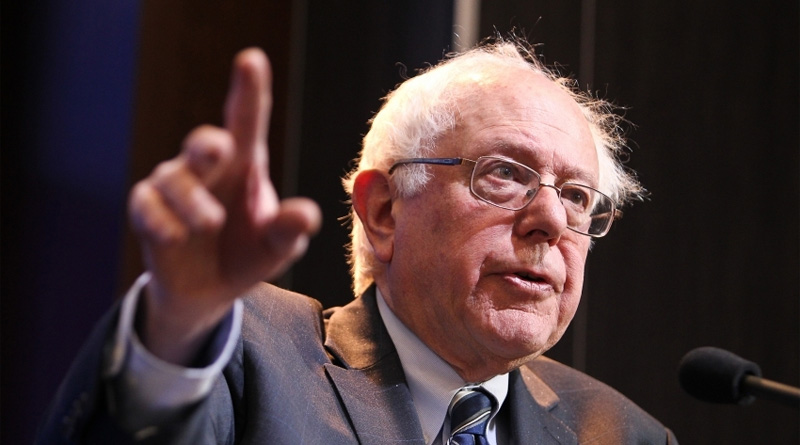 Vermont Sen. Bernie Sanders believes Muslims should be judged by their “views and abilities,” not by their religion. When it comes to Christians? Not so much.

On Wednesday, Sanders applied a religious litmus test during a confirmation hearing for Russell Vought, the hopeful White House deputy budget director who happens to be an evangelical Christian. Vought has described the need for the “centrality of Jesus Christ in salvation.” He did not avow an extreme religious stance, but simply stated that he believes in the need for a faith in Jesus Christ for entrance into heaven. This is a core Christian belief. Nearly all the world’s religions claim their teachings exclusively demonstrate the means of salvation, including Islam, according to The Federalist.

Yet Sanders did not take Vought’s answer well. He replied by saying, “[Vought] is really not someone who this country is supposed to be about.” However, two years ago, Sanders felt the opposite way when the faith of potential Muslim officials were called into question. When former Republican presidential candidate Ben Carson asserted that Islam and the U.S. Constitution are not reconcilable, Sanders claimed this was “very wrong.”

“What we should be doing as a people is judge our candidates based on their views, their abilities, not the color of their skin, not on their religion. That is what America is supposed to be about,” continued Sanders.

Essentially, Sanders demands an unconstitutional religious litmus test on Christians in public service positions, yet the exact opposite for those of Islamic faith. This double standard is worsened considering Sanders has made standing up for the religious liberty of Muslims a focal point of his career over the last couple years.

Apparently, Sanders does not realize that religious liberty in America does not solely apply to faith systems that his political allies applaud, but rather to all religions. Article VI of the U.S. Constitution states, “no religious Test shall ever be required as a Qualification to any Office or public Trust under the United States.”

Sanders’ office did not respond to a request for comment on this article.

One thought on “Bernie Sanders: Muslims Should Have Religious Freedom, But Christians Shouldn’t”