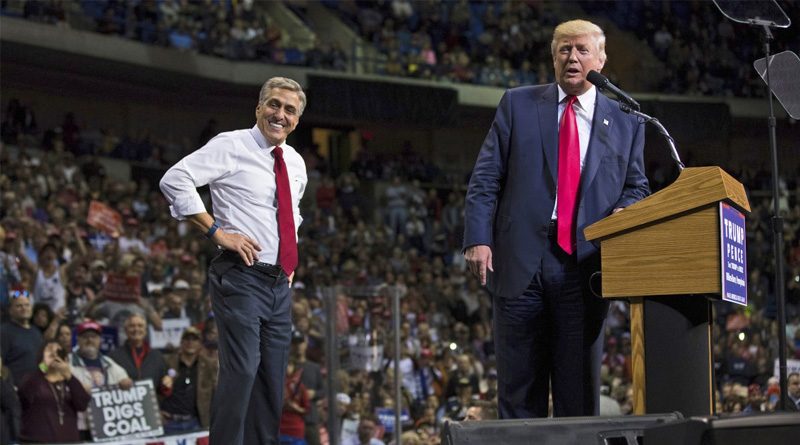 Rep. Lou Barletta’s (R-PA) campaign rebuked a CNN hit piece on the Pennsylvania congressman in an exclusive statement to Breitbart News, calling it “baseless” and “outrageous.”

CNN ran a hit piece article on Thursday, claiming that Rep. Lou Barletta, who is challenging Sen. Bob Casey (D-PA) for the Pennsylvania U.S. Senate in the 2018 midterm elections, did an interview with American Free Press, a publication that disputes the Holocaust, as well as several other controversial groups.

“These politically motivated attacks from Senator Bob Casey and the DNC are as baseless as they are outrageous. Lou Barletta has always stood up for racial equality and continues to condemn hate, bigotry, and racial supremacy in all its forms,” Jon Anzur, Barletta’s deputy campaign manager, said in an exclusive statement to Breitbart News.

CNN also reported that Barletta in 2011 appeared on a Conservative Political Action Committee (CPAC) panel for the right-wing student organization Youth for Western Civilization, which, on their website, describes themselves as “focused on the issues of Western history, identity, high culture, and pride as well as opposition to radical multiculturalism, political correctness, racial preferences, mass immigration, and socialism.”

In the House, Barletta fought for increased controls on illegal immigration, sponsored legislation to defund sanctuary cities, and voted to repeal and replace Obamacare. If elected to the Senate, Barletta contends that he could further the president’s agenda to stop illegal immigration, fund the southern border wall, and halt unfair Chinese trade practices.

Anzur continued in his statement to Breitbart News:

Of course Lou was not aware of these individuals’ backgrounds. When Lou was mayor, he spoke with people from all over the world who came to Hazleton to report on what was happening. This was a global story. As the mayor of a small city, Lou didn’t have the resources or staff to screen everyone who asked him questions.

On the first day the story broke, Lou did 27 interviews, from World News Tonight to Tucker Carlson. Lou had one assistant, not a team of consultants. He did interviews, not background checks. It would have been impossible to screen every group or reporter who asked him questions. He was defending the people he represented, and that meant if you asked him a tough question, he answered it.

But when the KKK wanted to demonstrate in Hazleton, Lou turned them away. Lou said the KKK eats off the bottom of the aquarium, and he was threatened because of it. But he never backed down from these hate groups. Unlike CNN, which has repeatedly given David Duke a platform to spread his hateful message, Lou said no. Lou denounced David Duke and rejected his endorsement.

Barletta rebuked claims of racism back in 2011, “I’m accused of being a protectionist. Well, you know, at some point there’s nothing wrong with protecting America, whether it be our jobs or our people. So I’ve been called a racist, a bigot, a protectionist, you can call me whatever you want, I call myself an American who’s not afraid to stand up for people.”

Anzur concluded in his statement to Breitbart News, “Anyone who knows Lou and his family knows this attack is absurd. Senator Casey should be ashamed of himself for making these false attacks, and CNN should do a little research on the Barletta family before acting as Senator Casey’s mouthpiece. This is gutter politics at its worst, and it’s disappointing that Senator Casey is using these tactics to redirect focus from his failing record.”