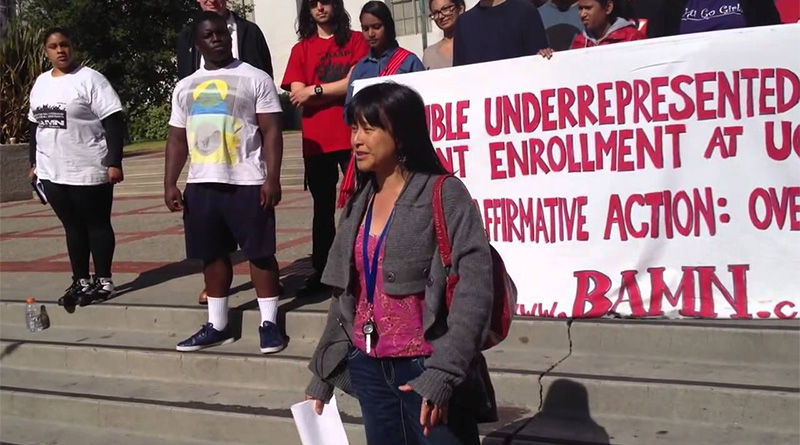 The Mayor of Bekeley, Jesse Arreguin supports the far-left terrorist organization, BAMN according to his Facebook page.

Perhaps this is why the police were told to stand down while ANTIFA threw glass bottles, M-80’s and bricks at Trump supporters in his city.

Mayor Jesse Arreguin is a member of ‘BAMN’ AKA ‘By Any Means Necessary’, a violent organization affiliated with ANTIFA. Is this something that should be acceptable for a sitting Mayor?

The leader of this group is Yvette Felarca. Felarca is a middle school teacher (scary) and her group is behind much of the violence towards Trump supporters. She also works to shut down Conservatives who seek to give speeches at universities.

Journalist, Gavin McInnes tweeted about the arrests of Conservatives who dared go near the leader of BAMN…

Wait, WHAT!? The mayor of Berkeley is a member of BAMN? Is that why we were arrested the moment we went near their leader Felarca? pic.twitter.com/nIjqPCVtwN

Here’s lunatic leftist, Felarca calling for more militant protests and bragging about shutting down conservative voices. Spoiler alert: Every conservative is a white supremacist/fascist according to Felarca…