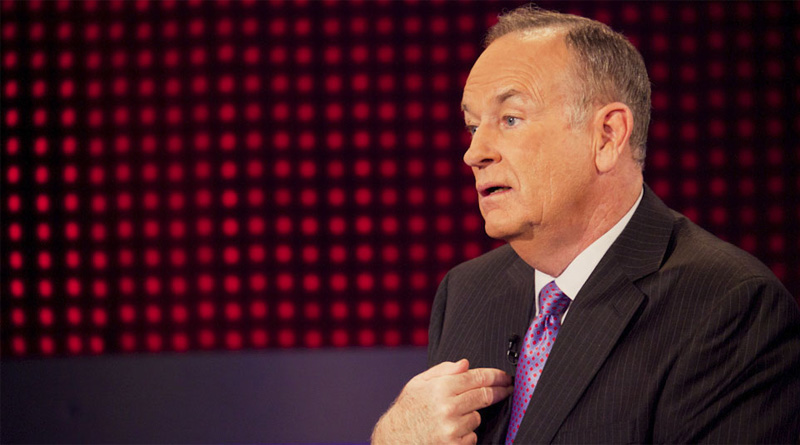 Fox News has cancelled “The No Spin Zone,” but I won’t miss Bill O’Reilly for a lot of reasons. For one, I’ve only been able to stomach his tepid brand of “conservatism” on a half-dozen occasions. For another, I think he’s one of the biggest phonies to whom I’ve ever been exposed.

My introduction to O’Reilly’s phoniness and political correctness occurred around 2000, when members of Eagle Forum held a luncheon for Phyllis Schlafly in St. Louis. O’Reilly was the highly-touted “Keynote” Speaker at that event, and many of us in attendance excitedly awaited his comments.

The very first words he spoke were the following: “We don’t have an immigration problem in the United States.” That’s a verbatim quote, because his utterance was so startling and so staggeringly wrong, that it became permanently etched in my memory.

Since then, O’Reilly has miraculously “discovered” that the U.S. does, indeed, have an immigration problem, and it amounts to as many as 40 million illegal aliens who have invaded this country, many of whom also vote illegally.

After belatedly recognizing the problem of illegal immigration, O’Reilly often pontificated on the subject, but characteristically, did so only after many others had advanced the issue to the point where he felt it was safe to “pile on.”

He must have concluded that a sufficiently large number of Americans agreed that immigration was a very BIG problem, and that he could safely discuss it now that a consensus had developed.

Another indication of his complete and total phoniness was the way he habitually interrupted guests. I wouldn’t have cared if he routinely interrupted the communists he brought on, but he also did it to knowledgeable and intelligent guests like Bernie Goldberg, who are on our side.

His modus operandi was usually very sanctimonious. He would take a safe position that wasn’t too radical, and then turn to Goldberg and ask him a question about the issue under consideration. Invariably, after only three or four words into his response, O’Reilly would rudely interrupt Goldberg and talk “over” him.

O’Reilly was never interested in anything any guest ever had to say, so why he bothered to invite guests onto his show is a mystery to me. He certainly never allowed them complete an answer, although many of his conservative guests had much more valuable insights than O’Reilly, himself ever did.

Moreover, I don’t know what O’Reilly’s arrangement was with the publishers of the book Killing Patton, but it was probably just another disgraceful example of O’Reilly’s phoniness and greed.

I suspect O’Reilly got a healthy “cut” of the book’s royalties, but I also suspect his only contribution was to lend his name to it. The book was an attempt to capitalize on the discredited “conspiracy theory” that General George Patton was murdered by nefarious forces after World War II, probably by the Soviet G.R.U. or N.K.V.D.

Patton became a quadriplegic on December 8th, 1945 as the result of a freak auto accident, while he was being chauffeured to a hunt hosted by General Hobart Gay, who was also an occupant of the car. On the way to their destination, a large truck pulled out in front of Patton’s staff car, causing the staff car to collide with the truck and injuring Patton.

The collision was at low speed, and did not cause major damage to General Gay, the driver, nor to the car: However, Patton was thrown forward and his head hit the metal window frame separating the front of the vehicle from its rear compartment where he was sitting. His neck was broken, his spine was immediately severed, he received a large gash on his head, and he soon indicated to his driver that he felt “cold” and couldn’t move his arms.

There are two exceptional biographies of Gen. George Patton, both of which specifically deal with Patton’s final weeks. The first is Patton: The Man Behind the Legend by Martin Blumenson, the “Historical Officer” assigned to Patton’s 3rd Army Campaign in Europe. The second is the massive Patton: A Genius for War by Carlo D’Este, another military historian.

Anyone who has actually read either historical account knows perfectly well that Patton survived for about twelve days after the auto accident, despite his crippling injuries. Although confined to spinal traction to stabilize his cervical spine, Patton was conscious and perfectly alert throughout his ordeal, and able to receive his wife, who flew over from the U.S.

If General Patton had harbored even the slightest suspicion that there had been a conspiracy to murder him, he had ample opportunity to convey his suspicions to his wife, or send word to any of the hundreds of admirers who came to pay homage to him as he lay in the hospital.

Moreover, if an NKVD or GRU assassination team had actually been involved, they would have executed all three occupants immediately after the incident to ensure that their ‘special task’ was completed without witnesses. (In the jargon of Soviet intelligence, both would have received “the five ruble solution,” which was a bullet to the head.)

Following the accident, no one could have anticipated General Patton’s condition, and no one had any reason to assume that he received any serious injuries beyond a bad cut to his scalp, which bled profusely. If it had been an assassination attempt, his assassins would have inspected the vehicle, and finished the job.

The sad but simple truth was that Sergeant Mims — his faithful driver throughout the European campaign, who drove him without incident across Western Europe and into Germany –- mustered-out soon after VE Day, and Patton’s new driver may not have been as observant or as skilled as Mims.

Patton was 60 years old when he died, because 60 year-old paraplegics do not live very long, owing to circulatory problems. Indeed, he died of pulmonary edema and congestive heart failure.

If O’Reilly or the author of the book Killing Patton had bothered to read either of the two biographies of Patton mentioned above, it is hoped they would not have written the final chapter as it appears, or at least, that they would not have helped to perpetuate the fraudulent conspiracy theory that Patton was “assassinated.”

Finally, I will never forgive O’Reilly for “piling-on” the CofCC and myself following the revelation that Dylann Roof learned about black-on-white violent crime from reading our former website.

For three days I was besieged by a Corrupt Leftist Media feeding frenzy, with little opportunity to defend myself or the CofCC against the Jews’ Media’s phony narrative that we were culpable for Dylann Roof’s horrifically misguided actions.

The situation was made infinitely worse by the fact that after the story first broke, our former webmaster “ducked” my calls and e-mails for six hours while I frantically tried to post a response on our website.

I didn’t see O’Reilly’s show the night he singled-out both the CofCC and myself for his uniquely self-righteous brand of denunciation and ridicule, but others have told me it was especially venomous. I had long ago stopped watching his show, for the reasons cited above.

He was quick to “pile-on,” but only after the rest of the Jews’ Media had done their dirty work for several days, and he figured it was a safe thing to do.

If it appears to readers that I am “piling-on” Bill O’Reilly at a time when he is humiliated and vulnerable, they are absolutely correct: I’m doing just what O’Reilly often did, because “Revenge is a dish best served cold.”