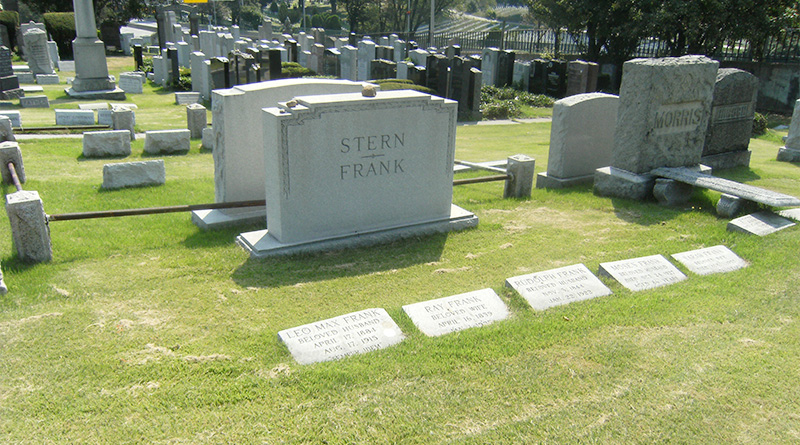 An investigation into the displacement of several tombstones at a primarily Jewish cemetery in Brooklyn, earlier suspected to be an act of anti-Semitic vandalism, found the cause to be unintentional, police said.

The NYPD hate crime task force inspected the grounds at the Washington Cemetery on Sunday after as many as 42 gravestones were discovered knocked down late Saturday night.

High winds, eroded soil and neglect were cited as the probable causes.

“It definitely was not vandalism,” Marisa Tarantino, general manager of the Washington Cemetery on Bay Parkway in Midwood told reporters, the Daily News reported.

“The older sections, as the stones wear, they do fall over or are unstable,” she continued. “What we do is we lay them across the grave to keep them memorialized rather than taking (them) away.”

Several elected officials called for a deeper investigation anyway, pointing out what they believe are telltale signs that some of the stones were purposely tipped over and that fence had been comprimised.

“Some of the tombstones are obviously 100 years old,” Greenfield said. “Others are newer tombstones… you don’t have to be a forensic scientist to see that they were very clearly knocked down.”

Stringer said that while he hopes that it was not an instance of anti-Semitism, such reports must be properly considered in light of the rise in hate crimes.

“Anti-Semitism is on the rise in this country and in New York City. When we hear tombstones falling, it is our obligation to come and find out what’s going on,” he said.

The police are no longer investigating the incident as a crime.

“After conferring with the manager of the cemetery, it was determined that it was not vandalism, and that the toppled tombstones were probably caused by some neglect, maintenance or environmental factors,” police told Metro.

3 thoughts on “Wind Toppled Jewish Tombstones in Brooklyn, Not ‘neo-Nazis’”