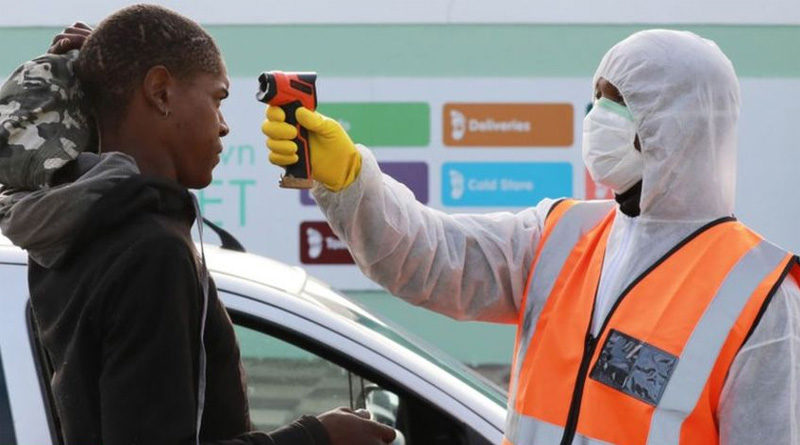 If you thought the coronavirus death toll in places like Italy, Spain and the U.S. was bad, it could really be a drop in the bucket compared to what might happen when the virus takes hold in Africa.

Although the 54 countries in Africa have reported less than 20,000 confirmed cases so far, the continent is considered to be weeks behind Europe, and the rate of increase seen in Europe looked quite similar to Africa’s numbers at this stage. The World Health Organization is warning that there could be mass devastation there given how woefully unprepared most countries are for a medical crisis of this magnitude.

Many Africans are unable to take the precautions that are keeping a lot of us in America and Europe safe, like frequent hand washing. More than half the population lives in highly overcrowded slum areas, and conditions like tuberculosis, HIV/AIDS, and malnutrition are making lots of people there especially vulnerable. With 36 percent of Africans having no access to washing facilities at home, it’s not surprising that experts are predicting absolute devastation.

Social distancing measures have already been put in place in many African countries, with some issuing curfews and travel guidelines and others enacting full lockdowns. South Africa and Rwanda have declared a lockdown and banned unnecessary movements. Uganda has closed its borders, imposed a curfew and banned public transport, while Kenya has also imposed a curfew and restricted movement among populated areas. Nigeria, meanwhile, has imposed lockdowns in key cities like Lagos.

Without additional intervention, The UN Economic Commission for Africa is warning that more than 1.2 billion Africans could become infected with the disease and 33 million could die before the end of the year; the total population on the continent is 1.3 billion. Their best-case scenario would still see the continent registering 122.8 million infections and 300,000 deaths.

They’ve also estimated that as many as 29 million people could be pushed below what is considered the extreme poverty line on account of the virus.

Although Africa, like other continents, will suffer greatly from this disease, there is one small comfort, and that’s the fact that much of its population is young. When you look at the high mortality rate of Italy, it’s important to take into account the fact that 23 percent of that country’s population is older than 65 and therefore falls into the category of highest risk. In Africa, on the other hand, just 2 percent of the population is older than 65. That may help stem the mortality rate to some extent.

Some experts have expressed concern that lockdowns might not work as well in many places in Africa as they do in Europe and America. Many people there live day to day and depend on the cash they earn in the market to buy their food, so even a few days of lockdown could plunge them into starvation. Many people may prefer to take their chances and possibly become infected rather than take on the certainty of starvation. Past lockdowns like those meant to curb Ebola in Liberia in 2014 were a disaster and didn’t stop the disease from spreading.

It’s a very complicated situation made worse by the fact that much-needed medical supplies are already in short supply around the world. Countries that might normally come to Africa’s aid during health crises are already struggling with their own problems, and help may be very hard to find.

Sources for this article include:

3 thoughts on “Africa Completely Unprepared For COVID-19; Death Numbers Could Be Staggering”