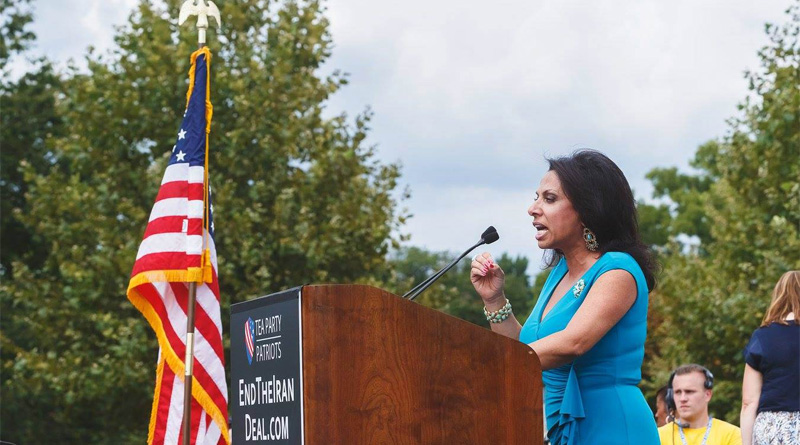 Reporters, meanwhile, ignore the assault and rape of thousands of European women by Muslim men.

According to the mainstream media, the “March Against Sharia” that took place in more than 20 U.S. cities Saturday was worth dismissing out of hand because the gatherings were “anti-Muslim,” “Islamophobic” and filled with hatred.

Hate crimes by Middle-Eastern Muslims are at historic highs, especially in Europe….

But ACT for America, a national security grassroots organization founded by Brigitte Gabriel, staged the rallies across the country with the purpose of highlighting that “Sharia is incompatible with Western democracy and the freedoms it affords,” according to its website. The Americans who showed up at the rallies warned against the dangers that radicalization and the extreme tenets of Sharia law pose to human rights.

“This is a march against Sharia law and for human rights. Our nation is built on the freedom of religion — a pillar of our democracy — which we must always respect, protect, and honor. However many aspects of Sharia law run contrary to basic human rights and are completely incompatible with our laws and our democratic values,” the website states, noting that such practices as “honor killing” and “Female Genital Mutilation (FMG)” are carried out on women and children under the guise of Sharia law.

Many of the Americans who showed up to march proudly waved their American flags and sported “Make America Great Again” hats as they held anti-Sharia signs and listened to the various speakers present. Across the country, counter-protesters calling for “tolerance” and crying “Islamophobia” also met the protesters. Police made several arrests across the various cities and used tear gas to disperse a crowd in Seattle.

Despite the scuffles and the presence of some extreme right-wingers, many of the “March Against Sharia” protesters came to call out the human rights abuses carried out in the name Sharia law while showing their support for President Donald Trump’s national security, immigration and counterterrorism platforms.

“We are not anti-Muslim. We are anti-radical Islam,” one speaker said outside City Hall in Seattle, NBC News reported.

Chris Achey of Pennsylvania told Reuters that he does not hate Muslims as the Left suggests.

“The Constitution is the law of the land,” Achey said. “We have to be careful with who we let in the country.”

But the Left simply couldn’t seem to tolerate ACT for America’s mission statement and desire to draw attention to the horrific acts carried out in the name of Sharia law.

“An unholy alliance of Islamophobic hate group members, neo-Nazis, white supremacists and armed anti-government militia members will rally against the nonexistent threat of sharia, or Islamic, law in the U.S this weekend,” a Huffington Post article read. “Gabriel and Act for America have worked for years not only to spread fear of Muslims, but to strip Muslims of rights afforded to the followers of other faiths.”

Linda Sarsour, a Palestinian activist and Women’s March organizer, wrote on Facebook on May 30: “They are calling them ‘Anti-Sharia’ rallies, but let us call them what they are: ‘Anti-Muslim’ protests … If your definition of Sharia was defined by an anti-Muslim bigot, you might want to rethink it and ask a Muslim who actually follows the religion of Islam.”

London attackers tied to extremist imam who advocates Muslims destroy Western civilization
ACT for America even disavowed its planned Saturday march in Arkansas when the organization “became aware that the organizer is associated with white supremacist groups.”

“This is against all of our values,” a message on the website read. “Any event held by this individual is not sanctioned by ACT for America, and is not supported or endorsed by ACT for America in any manner. We stand firmly opposed to any actions by individuals or organizations that seek to attack or intimidate based on race, religion, or sexual orientation. Our June 10th nationwide marches are in support of basic human rights for all — and against the horrific treatment of women, children, and members of the LGBTQ community that is sanctioned by Sharia law.”

Gabriel, a Christian immigrant from Lebanon, believes that “Western civilization is under attack, fighting for its survival,” and insists this is the reason for her activism.

“I’m an American that bleeds red, white and blue. And unlike spineless politicians or the fake news media, I’m not going to let what’s happening in Europe happen to America. After decades of unveiled Islamic immigration, Europe is left defenseless,” Gabriel said in a Facebook post on Wednesday previewing the rallies. “This is your chance to show the fake news media what you think of their open borders zealotry, to show spineless D.C. politicians what you think of their P.C. pandering, to show President Trump that you stand behind his necessary travel ban from terror-ridden nations.”

“We will not let their phony cries of Islamophobia prevent us from standing up for our nation and for true human rights,” Gabriel added. “The women’s suffrage movement fought for our rights, not so you can genitally mutilate young American girls in the name of culture or religion, or kill women in the name of honor in Texas, Georgia or New York.”

In the Middle East, Queer Antifa would be thrown from rooftops.

One thought on “Media Complains ‘March Against Sharia’ Is Anti-Muslim”