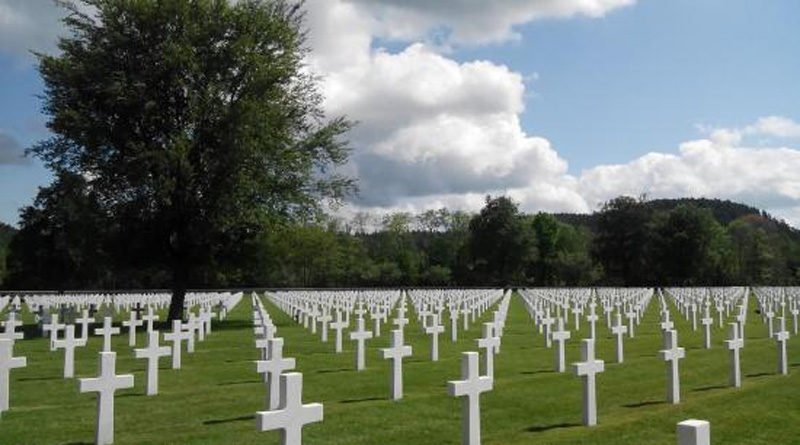 The other night I fell asleep watching TV and was awakened in the early hours by an ad for Mercy Ships, which bills itself as an “international” and Christian humanitarian organization. It donates enormous quantities of volunteered time and resources to effect miraculous medical cures in Third World countries, primarily African nations.

As I watched, it hit me that EVERY one of the hospital ship’s personnel appeared to be white, American Christians. There weren’t any Chinese, Russians, Cubans or Iranians doing this, and despite endless lip service given to “universal brotherhood,” there sure as hell weren’t any communists volunteering to participate in its humanitarian activities.

And that’s the way it’s always been: Whenever there’s a natural disaster anywhere in the world, it’s usually white and Christian Americans who are the first ones to assist those in need. Other nations may contribute to a given cause, but Americans almost always bear 90% of the financial burden and a lot of the heavy-lifting. It’s just the way we are, and no amount of lies by Black Live Murder or Antifa — or those whom Ann Coulter calls “Birkenstock Bolsheviks” — will change this fact.

That “Good Samaritan” impulse was particularly evident in the Marshall Plan following World War II: After being reluctantly dragged into the war and after defeating Germany and Japan, we REBUILT those nations that tried to destroy us for more than four-and-a-half years. Who else but America would have done such a thing? If given the chance, the Soviets would have plundered both Axis powers, just as they immediately plundered Eastern Europe following the war.

America sacrificed 400,000 of its young men in that war, with an estimated financial expenditure in current dollars of about $4 Trillion. In a uniquely American gesture of good will, the only thing we ever asked of those nations we defeated or rescued were small plots of ground to bury those Americans who would never return home.

That’s the America I know and have always known. Occasionally, our humanitarian impulses have led us down the “primrose path,” but they were usually well-intentioned. For example, our mission in Afghanistan regressed into the insanity of attempting to install pluralistic democracy in a primitive, 13th Century theocracy. Here, it was our caliber of leadership that was deficient.

In any event, there never has been and never will be another nation as generous, forgiving and altruistic as the United States of America. Our enemies — both foreign and internal — aren’t worthy to scrub our latrines.