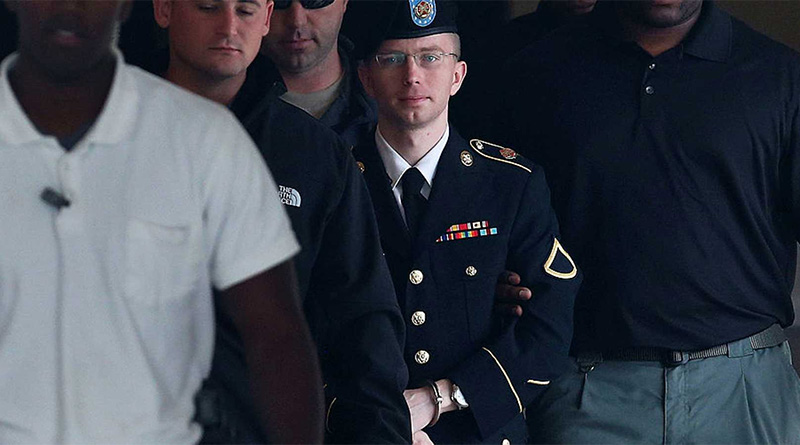 While the White House has defended the president’s decision to let Manning off the hook this May, national security experts and intelligence officers worry that Obama’s last-minute push for clemency may open the door to more leaks of U.S. national security secrets.

Some have called Manning a hero. Others have called him a traitor. Lost in the debate, however, are the facts.

Here are 7 things you need to know about Bradley ‘Chelsea’ Manning:

3. Manning attempted suicide twice as a result of his transgenderism. Manning is a man who thinks he’s a woman. He has been struggling with gender dysphoria for a number of years now. The sickness has caused immense emotional and psychological stress. Manning made the first attempt at ending his life on his in June. A second attempt was carried out in October during his first night of solitary confinement. He was placed on suicide watch and transferred to a special observation unit at the time.

4. Manning staged a hunger strike to make the Army pay for his gender reassignment surgery. The Army ultimately obliged. After receiving a recommendation by his psychologist to begin transitioning last April, Manning demanded that the Army support his treatment, including a surgical solution to gender dysphoria. One hunger strike and another suicide attempt later, the Army agreed to go ahead with the procedure.

5. Manning was charged with violating the US Espionage Act and sentenced to 35 years in prison. He will only serve seven years in prison, thanks to President Obama. Manning was detained in 2010 after leaking information of vital national security interest to the United States. He was due out of jail in 2045. That was before Obama stepped in. Manning will now be a free man (or man who’s deluded into thinking he’s a woman) on May 17.

6. Manning didn’t know what he was leaking to WikiLeaks. Poorly-educated and wholly underinformed about US national security protocol and military logistics, Manning decided to take it upon himself to steal 750,000 documents from the Army. At the time he was just an Army private with little to no knowledge of what he was stealing. Nonetheless, he handed over all these documents to an organization infamous for its campaign to dismantle U.S. national security infrastructure.

7. Supported by a cadre of anarchists, libertarian extremists, anti-US leftists, pro-Russian allies, and liberal academics, Manning filed an official clemency request with the White House, according to his attorney. “A White House petition asking for President Obama to commute Manning’s sentence to time serve received 117,000 signatures,” reports ABC News. “Manning, who corresponds with supporters online, tweeted about the potential for her clemency request.” If nothing else, a significant number of Manning’s supporters are guilty of hypocrisy. Many of the same Democrats praising Obama’s decision to commute Manning’s sentence have been calling for an aggressive probe into Julian Assange and the alleged Russian hacking of the last presidential election.