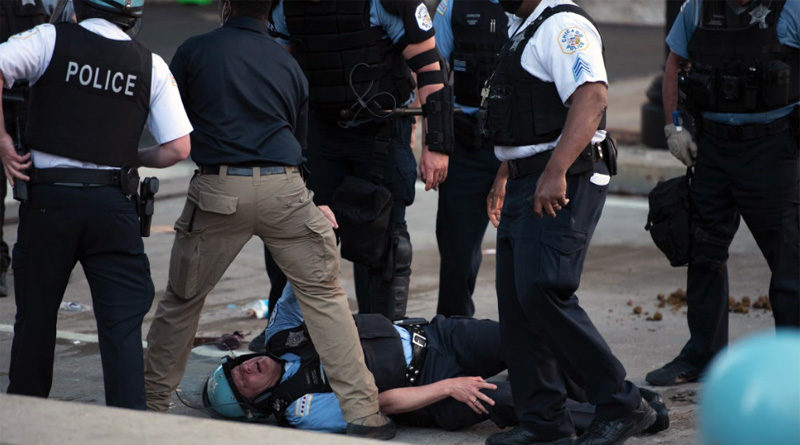 by Jim Hoft, The Gateway Pundit

The “mostly peaceful” leftist rioters in Chicago dragged police officers through the street and kicked them in the head last week.

The far left rioters and looters made Chicago’s Magnificent Mile look like Chicago’s Boarded Up Mile.

By last weekend the left was calling to defund the police in several US cities.

This past weekend Chicago suffered its most violent weekend of the year. Chicago saw its deadliest day in 60 years.

Chicago sees its deadliest day in 60 years with 18 murders in 24 hours https://t.co/iwjgaXDi0b

Twenty-four people were killed and at least 61 others were wounded by gun violence in Chicago’s most violent weekend of the year so far, which also saw widespread protests, riots and looting throughout the city in the wake of the Minneapolis police killing of George Floyd.

More than half of the weekend’s victims were shot on Sunday as the city reeled from violent protests Saturday night that led to hundreds of arrests and the implementation of a curfew.

Chicago Police Supt. David Brown said Monday that of the total fatal shootings over the weekend, 17 homicides occurred on Sunday alone. The Cook County medical examiner’s office confirmed 15 for Sunday, with another three at unknown locations.

The weekend’s toll surpasses the tally from the same weekend in 2019, when 52 people were wounded — 8 fatally — in citywide gun violence.