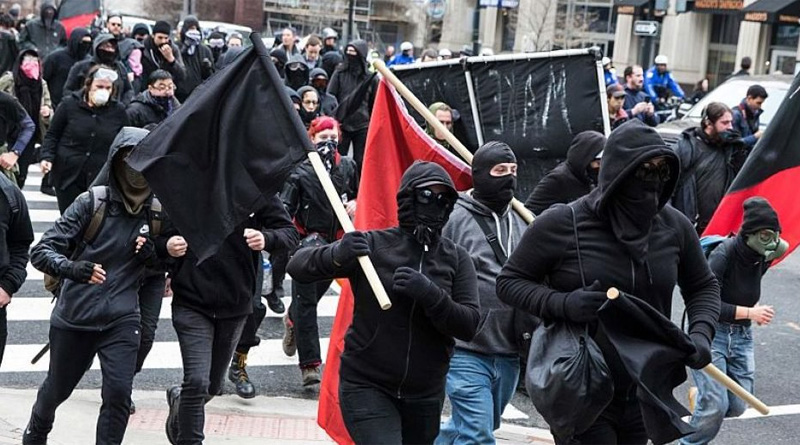 Tom Steyer – who unsuccessfully campaigned for the Democratic Party’s presidential nomination for 2020 – and liberal financier George Soros are both named as financial contributors in the new clip on Refuse Fascism, an organization dedicated to removing President Donald Trump and Vice President Mike Pence from office.

Andy Zee, national organizer for the group, mentions during the seven-minute video that Steyer “may not want to be directly connected” to the group because he has “political ambitions” that may be hurt by such a relationship, but Zee says the group is in communication with Steyer’s assistant and “main adviser on impeachment.”

Project Veritas is out with another installment in their series infiltrating antifa.

The latest undercover video features the head of and national organizer for an antifa group called “RefuseFascism.” Among the admissions they make on video include the following:

The video is the third part in a series from Veritas meant to expose left-wing organizations like Refuse Fascism and Antifa, groups that are behind or are part of many of the ongoing protests across the US.

Refuse Fascism is a group gaining more and more attention from conservatives. Author and filmmaker Dinesh D’Souza described them as part of a left-wing “paramilitary force” this week.

‘Practice the eye gouge’: Project Veritas claims to have INFILTRATED ANTIFA, will ‘expose its violent nature’

“It’s not boxing, it’s not kickboxing, it’s like destroying your enemy.” #EXPOSEANTIFApic.twitter.com/tbLeuXucHx

“The left has deployed a paramilitary. They literally have a paramilitary force on the street. It’s not just Antifa. It’s all the other groups: Refuse Fascism, Black Lives Matter, and on it goes,” D’Souza said.